Samsung Exynos 1080 to be launched in Shanghai on Nov 12, Vivo could be first to use it 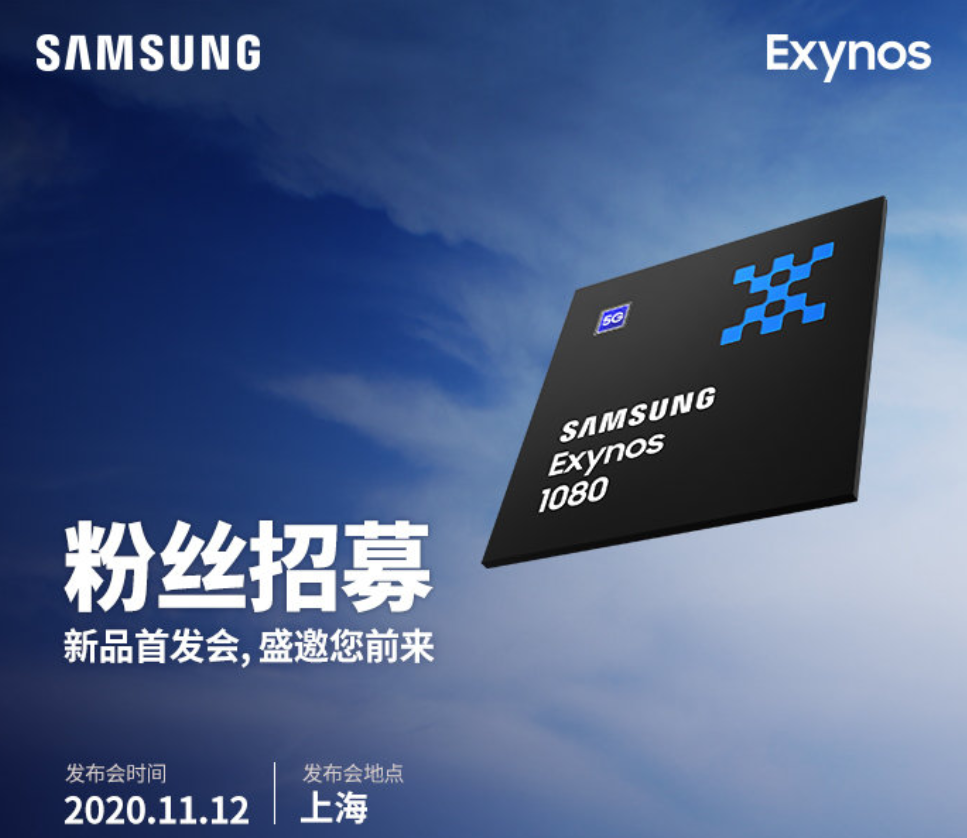 The biggest highlight of the Exynos 1080 chip is the use of 5-nanometer process, thus achieving lower power consumption and higher performance.

Vivo's final flagship phone of the year, the X60 series, has yet to be released, so there is a possibility that it could be powered by the chip.

The Samsung Exynos 1080 chip features four Cortex-A78 cores and four Cortex-A55 cores, with a Mali-G78 graphics core as the GPU.

Benchmarking platform Antutu also previously announced the score of the suspected Exynos 1080 chip, which is currently the most powerful processor in the world with 690,000 points.