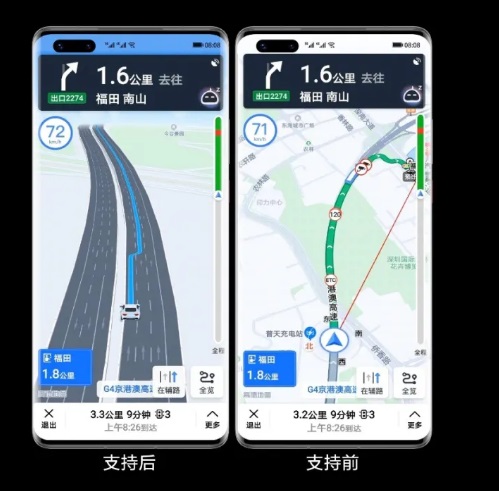 Alibaba-backed Auto-Navi Software Co., also known as Gaode Map, today announced the launch of lane level navigation, which enables users to determine which lane their car is in during navigation, thanks to the high precision positioning capabilities of Huawei's Mate 40 series phones.

This function currently covers high and expressways in Shenzhen and will be extended to other cities in the future.