About 7,000 China-made Model 3s to be shipped from Shanghai to Europe on Tuesday 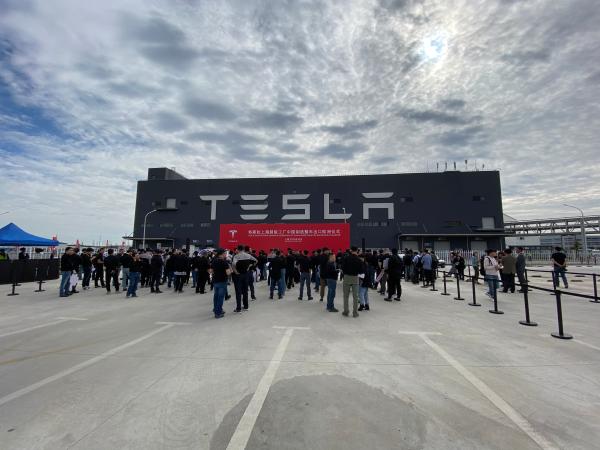 The China-made Model 3 export ceremony was held at Tesla's Shanghai Gigafactory on October 26, and about 7,000 Model 3s will be exported to the European market on Tuesday and are expected to arrive at the Belgian port by the end of next month, according to thepaper.cn.

The vehicles will be sold to dozens of countries including Germany, France, Italy, the Netherlands, Portugal, Switzerland, and Sweden.

Tesla's Shanghai Gigafactory is the first wholly foreign-owned automotive manufacturing project in China and Tesla's first Gigafactory outside of the United States.

Last year, the Shanghai Gigafactory achieved its goal of starting, completing, putting into production and delivering the same year, witnessing the "Shanghai Speed" and "Tesla Speed".

Local officials said that this year's Model 3 production is stable at 3,500-4,000 units per week. By the end of September, Tesla's Shanghai Gigafactory had produced more than 85,000 new energy vehicles, with an industrial output value of about 21.6 billion yuan.

At present, the first phase of Tesla's Model 3 production project has reached its design capacity, and the Model Y production line is under construction.

Song Gang, director of manufacturing and operations at Tesla's Shanghai Gigafactory, said last week that the Model 3 capacity ramp is almost complete, and that while the production capacity has reached its one-stage target to satisfy Chinese consumers, it is also selling quality products to Europe to offer to European consumers.

"We hope to serve global consumers with our global factories, and the export of China-made Tesla is an important step in Tesla's global layout," he said.

The European market is already well established and mature, and has a reputation for being demanding. The Shanghai Gigafactory's export of the Model 3 to Europe represents recognition of the quality of the Chinese-made Model 3 product in the European market, the report said.

Teslas 100% made in China? That possibility grows more realistic