Chinese search engine giant Baidu plans to complete a secondary listing in Hong Kong by the end of this year, Tencent Tech reported on Wednesday, adding that it will be another star tech company familiar to retail investors after Ant Group's IPO in early November.

Earlier, at the end of June, Baidu was recruiting for the head of IR for its Hong Kong IPO. Until August, no suitable candidate was found for the position.

Baidu listed on the NASDAQ on August 5, 2005, when the underwriters for Goldman Sachs and Credit Suisse, etc., as of the close of trading on October 20, Baidu market capitalization of $44.367 billion.

Baidu shares rose more than 3 percent in US pre-market trading on the latest reports. 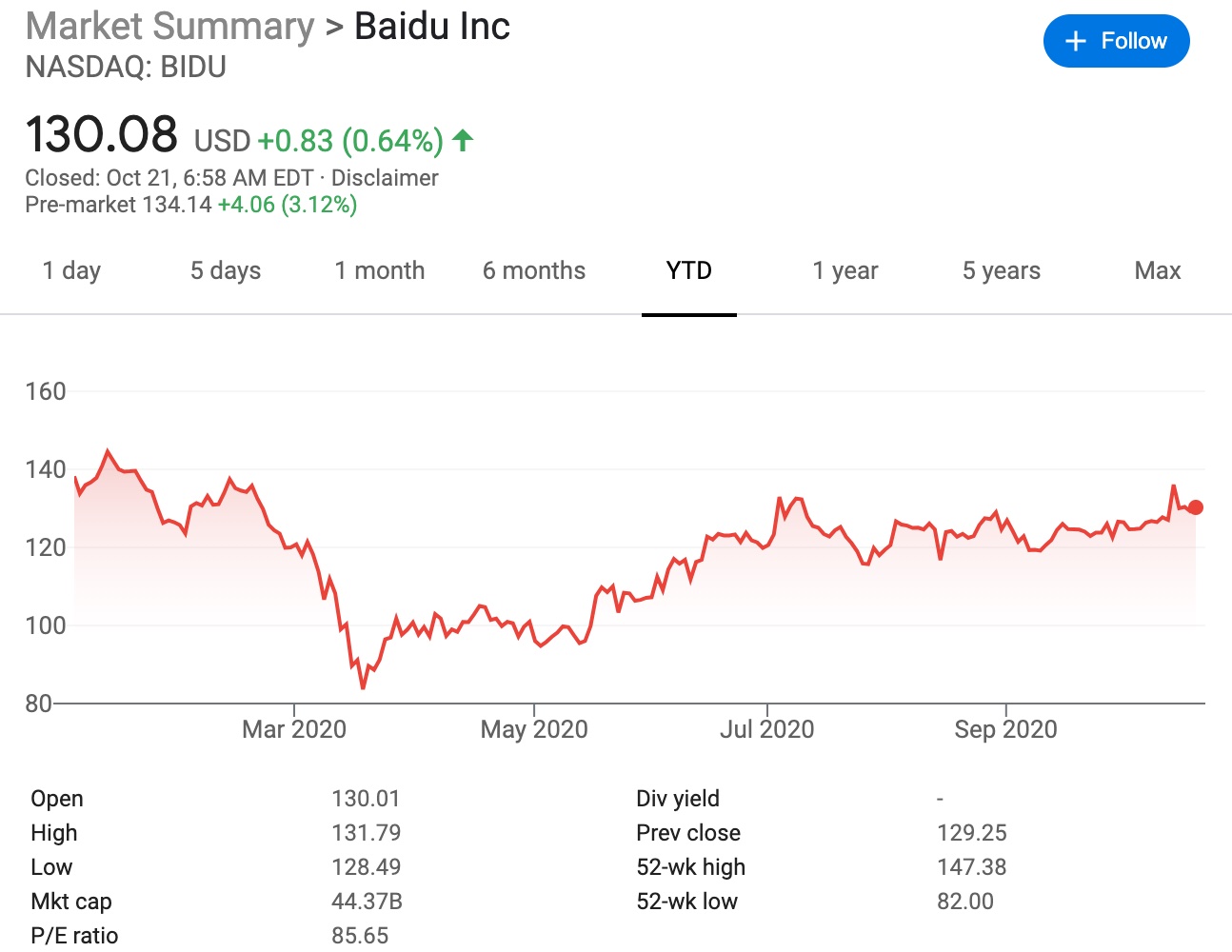