Chinese electric vehicle (EV) maker NIO (NYSE: NIO) shares are up an incredible 1,070 percent since their March lows. Deutsche Bank analyst Edison Yu notes that there aren't any specific factors driving the stock higher, but he points to a couple of developments that have helped keep the momentum going. 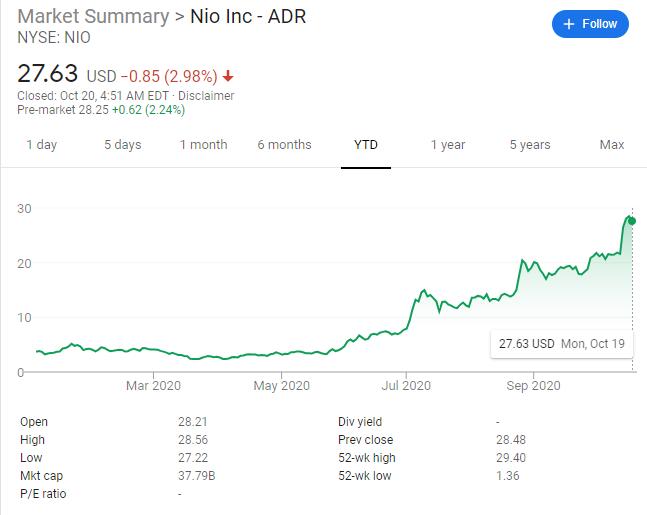 First, in a recent interview, NIO CEO William Li Bin said he expects NIO's annual production to reach 150,000 units by the end of next year, up from the current 60,000 units per year. In the long term, NIO hopes to increase that number to 300,000 per year.

In addition, the Chinese market is growing faster than this analyst had expected, as evidenced by strong sales in September. Passenger BEV sales were up 70% year-on-year to 100,000 units. This is the highest monthly production since June 2019.

In addition, the analyst also believes that buyers are excited by the overwhelming number of orders, with some consumers having to wait for months to receive deliveries.

The rapid rise of Chinese brands, on the other hand, has led to a trend of buying domestic. Combined with the surge in call option trading, this all leads to a surge in stocks.

NIO needs to keep an eye on electric car maker Tesla, however, which said, "We do see a change in sentiment.

All in all, the analysts maintain a "buy" rating on NIO stock and say they will reassess its valuation after it reports quarterly results.