Apple and Huawei will each account for about 44 percent of China's 5G handset market in the $600-plus price point where the iPhone 12 series is located, according to a recent report from research firm IDC. 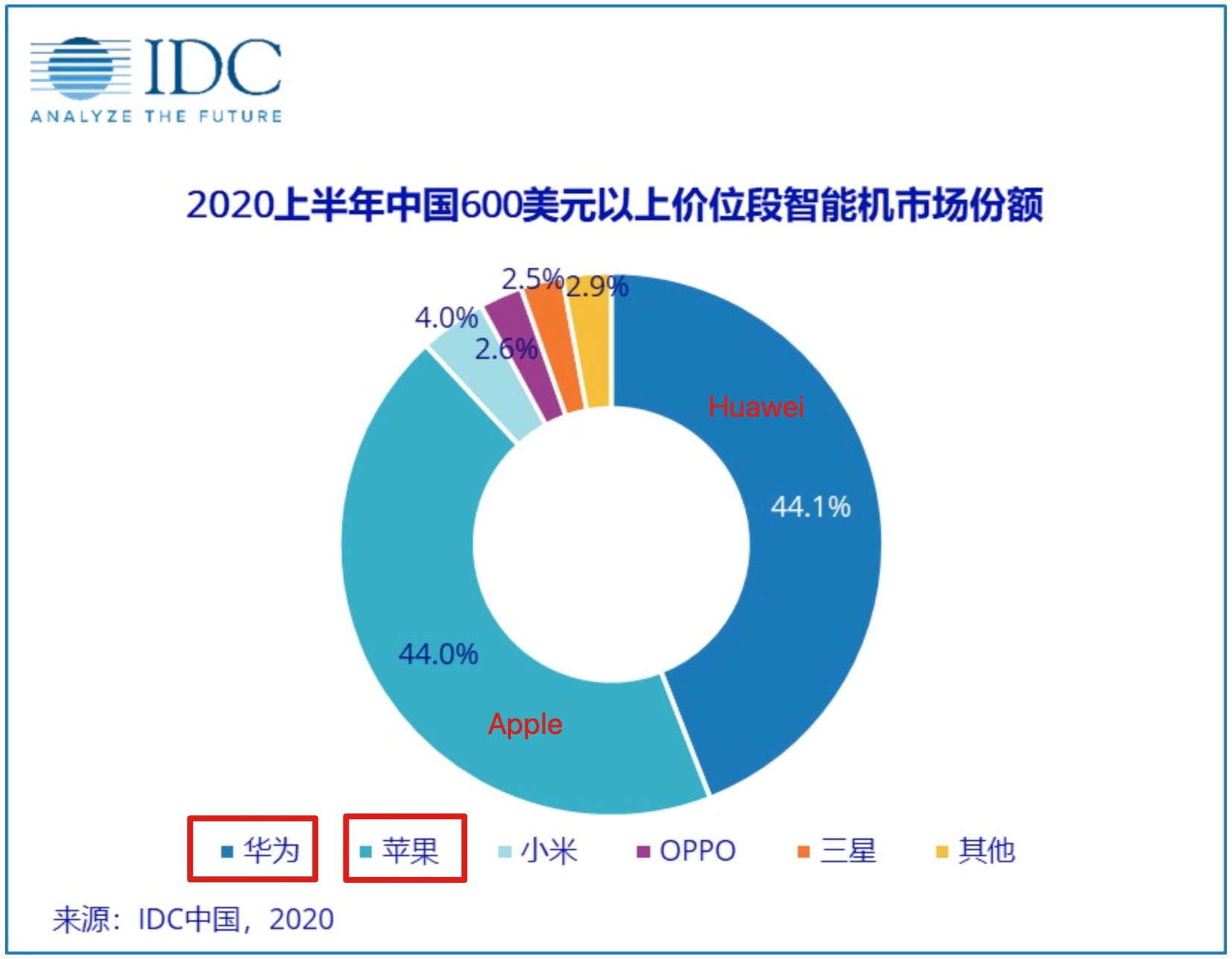 According to the report, there are two key factors that explain China's lead over the global 5G market: First, China's 5G endpoint pricing strategy is more aggressive than the global market; second, China has a broader coverage of the mainstream price segment.

According to IDC, the average unit price of a 5G handset in the international market was $837 in the second quarter, compared to $464 in China.

Since 2019, the share of higher price points has continued to grow with the rapid penetration of 5G handsets in the domestic market.

In the first half of 2020, China's $600-plus price point market will have a capacity of about 23.5 million units, of which Apple's brand appeal through 4G models can still hold a stable share of more than 40 percent, IDC said.

The iPhone 12 series will cover a price range of $699 to $1,099, with the mini version starting at the same price as the previous generation of 4G models, which is not only easy to make consumers accept the pricing, but also expected to inspire the desire of some old users to replace their phones due to its small size and upgraded screen-to-body ratio.

IDC believes that, based on the current pace of China's 5G market and the strong influence of the Apple brand in China, the new iPhone is expected to inject new vitality into the relatively sluggish mobile phone market this year at both the terminal and application levels and continue to support the rapid development of China's 5G market.

IDC forecasts that about 240 million 5G mobile phones will be shipped worldwide in 2020, with China contributing more than 160 million units, accounting for 67.7% of the total.

In the next five years, China will continue to capture about half of the global 5G handset market.