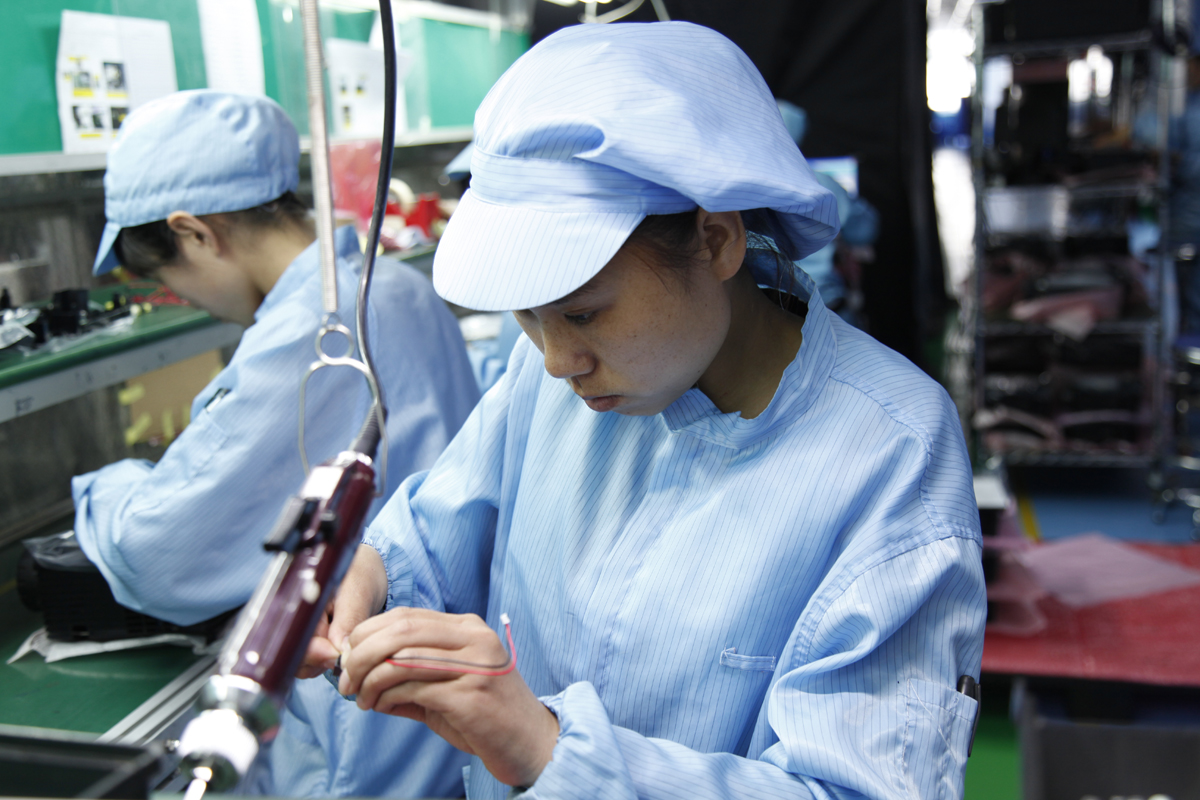 The peak iPhone production season is here. In Foxconn, PEGATRON, and other Apple product factories, everyone feels the hot atmosphere.

On October 14, Beijing time, Apple released the iPhone 12. Although this year's launch was delayed compared to previous years, for workers on production lines such as Foxconn, the iPhone 12 has been very hot since August.

PEGATRON is the second-largest iPhone foundry manufacturer, and its subsidiary Changshuo is its main manufacturing plant.

Foxconn assembles 70 percent of the world's iPhones, and PEGATRON's share is over 20 percent.

Bonuses are the main means of attracting workers to factories such as Foxconn and Changshuo, with additional bonuses paid in addition to monthly wages and a requirement that they meet a certain number of days of employment in order to recruit and retain people on the production line.

But none of the workers guessed that the hefty bonuses would last so long in 2020.

Apple releases new machines every year, and the period from August to November is Foxconn's traditional peak production season, so it's not surprising that the 10,000 RMB bonus will last for so long.

But the high bonuses last for a period of time, usually no more than two weeks.

However, iFengweekly reported that this year is different. After mid-September, the amount of bonus offered at Foxconn's Zhengzhou plant has fluctuated slightly but has not fallen below RMB 8,000.

The WeChat public number "Zhengzhou FOXCONN Recruitment Center," which is used by Foxconn to publish recruitment information, said the bonus rose to 10,000 yuan again on October 4.

"There's still a shortage of people and not enough workers are being recruited, otherwise why would you pay such a high bonus?" Zhang Liping, who spent 10 years on the assembly line at Foxconn's Zhengzhou plant, was quoted in the above report.

He was similarly surprised by the generosity of the 2020 bonus, "It's the first time I've seen such a big recruitment effort."

It is worth noting that Foxconn has already begun the move to India.

An unnamed worker at Foxconn's Zhengzhou plant told iFengweekly that in March 2020, about 200 veteran employees have been transferred from their plant to support the construction of the Indian plant.

"Exactly one production line is required to be a veteran employee, who is said to be responsible for teaching Indian workers how to operate". The support cycle runs from March to September, with an additional allowance of 8,000 yuan per month for each person during the support period.

But industry sources say the huge production capacity of Chinese factories provides a core competency, and worker proficiency is one of the advantages that overseas factories cannot replace for the time being.

Judging from the list of Apple's top 200 global suppliers released in the past two years, the number and percentage of Chinese factories are still increasing.

The threat of losing their jobs is too remote for foreign workers, and life is busy enough in front of them: whether they can survive until the day they get bonuses and when it's most cost-effective to enter the factory, they have to think about it.

When they leave the iPhone 12 production line after the night shift, they have no time to imagine where the iPhone will be made a few years from now or even further down the road.