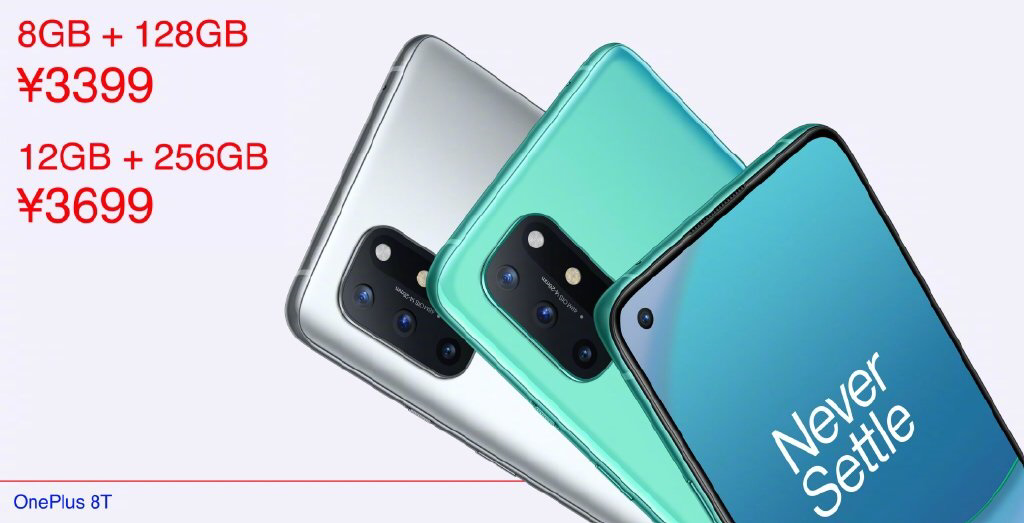 Chinese smartphone maker OnePlus today unveiled its new smartphone, the OnePlus 8T, in China, which is powered by a Qualcomm Snapdragon 865 processor and features a 120Hz screen and is priced from 3,399 yuan ($500).

OnePlus has already unveiled the OnePlus 8T handset for overseas markets on Wednesday.

Powered by the Snapdragon 865 processor, the OnePlus 8T packs a 4500mAh battery and supports 65W Super Flash Charge that can charge up to 70 percent in 20 minutes.

The OnePlus 8T for the Chinese market comes pre-installed with the new ORM memory management technology based on the current Hydrogen OS 11, the latest Android 11.