Yu said the new devices will be “the strongest Huawei Mate ever”. 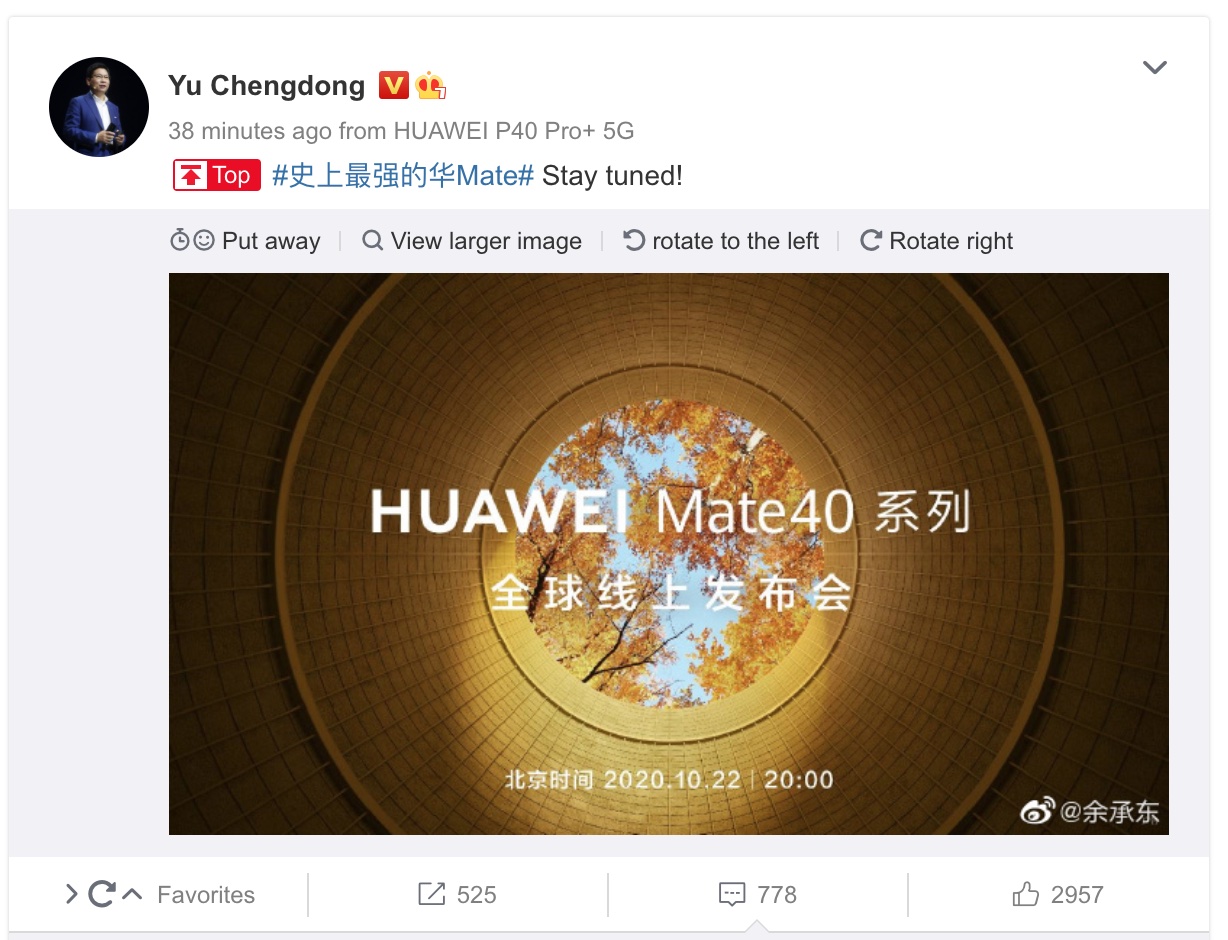 According to the overseas launch poster provided by @evleaks, the theme of the event will be "Leap Further Ahead”. 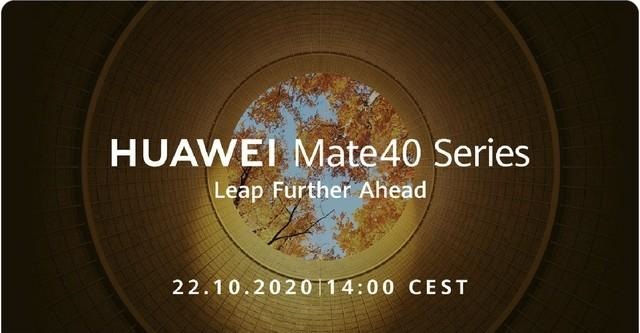 The circular image shown in the poster combined with previous information from this tipster suggests that the launch will be a major breakthrough in terms of zooming in the phone's camera.

•October 12 is next Monday, warm-up starts then

In accordance with Huawei's previous practice, the interval between the global launch of the Mate series and the Chinese launch is no more than ten days, and reservations will be opened at the same time as the overseas launch, with offline support for pre-orders until the official launch in China and the launch of the Mate40 series.

Previous reports suggest that the Huawei Mate40 series is expected to come with 66W fast charging and be powered by a Kirin 9000 series processor.

It continues the Mate 30 series in terms of model numbers, with the Mate40, Mate40 Pro, Mate40 Pro + and Mate40 RS Porsche Design. 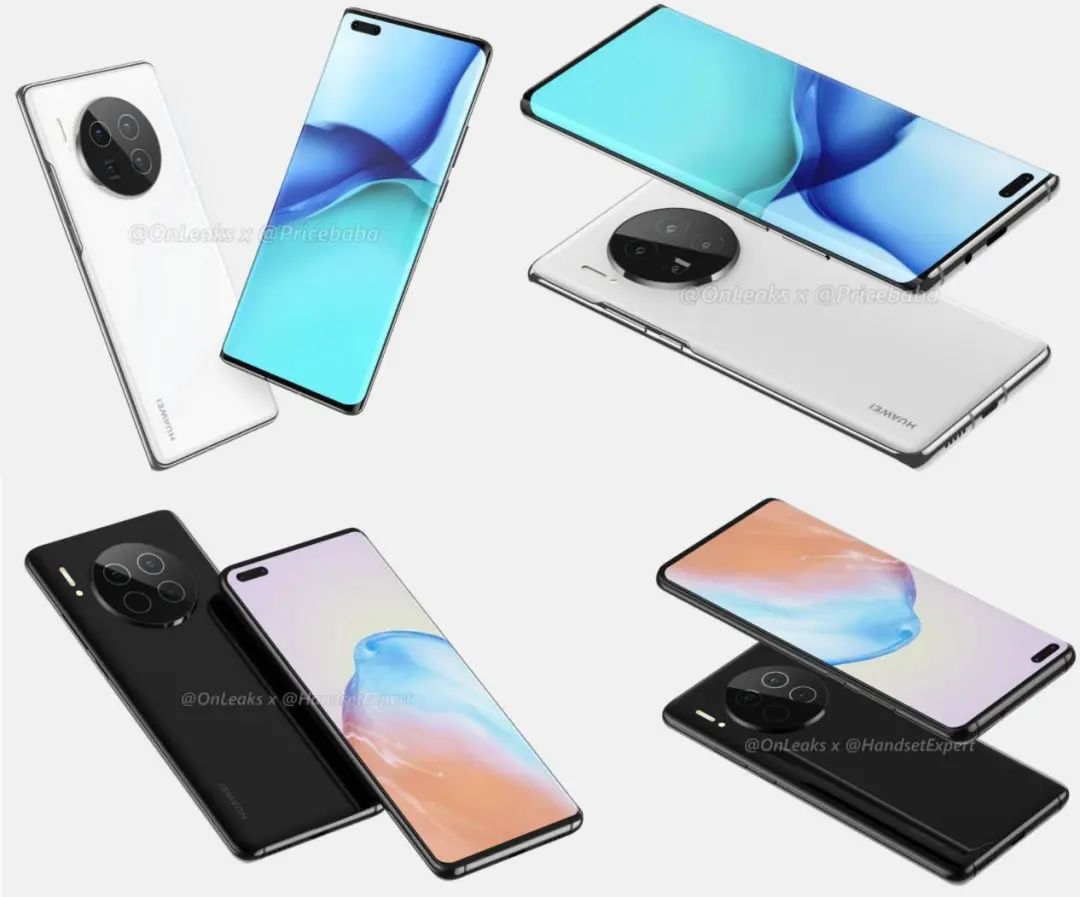 The Huawei Mate40 Pro + will likely feature a large curved waterfall screen design, and the rear camera module will probably follow the design of its predecessor.

Early in September, an image posted by Weibo user @数码疯报 showed a poster for the Huawei Mate40 that reads "HUAWEI Mate40 is coming, On sale in October 2020".

Richard Yu had said that because of the ban in the United States, the Kirin 9000 chip can only be produced until September 15.

After that, Huawei chip foundry TSMC and other factories will no longer be allowed to have business with Huawei.

So the Kirin 9000 that Huawei's Mate40 series will feature could be the last of Huawei's high-end chips.

Previous reports said that the Kirin 9000 chip is stocked at around 10 million pieces, which will meet Huawei's needs for about half a year.