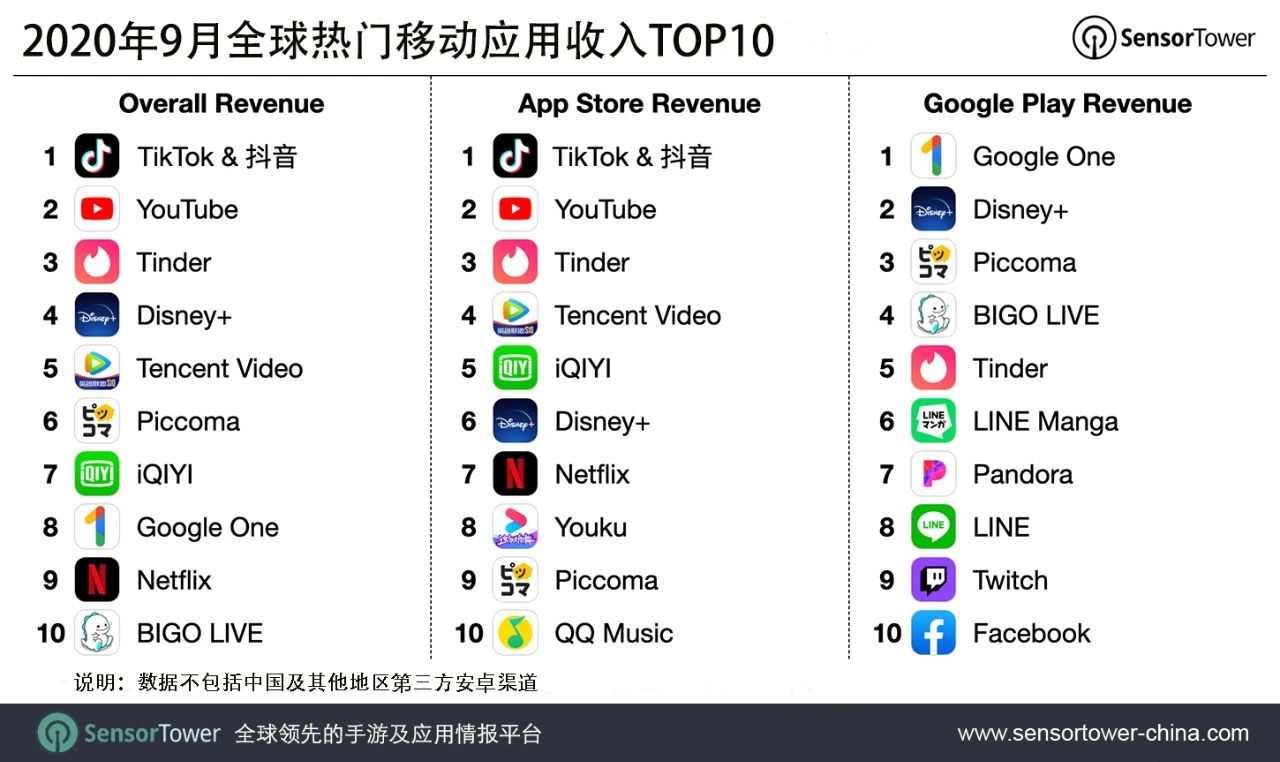 Douyin and its overseas version of TikTok generated more than $130 million in global App Store and Google Play revenue in September 2020, 7.9 times more than in September last year, once again topping the global mobile app (non-game) revenue chart, according to Sensor Tower data.

ByteDance CEO Zhang Nan previously revealed that Douyin had more than 600 million daily active users as of August 2020. In the past year, more than 22 million creators have made more than $41.7 billion in combined revenue on Douyin.

Zhang Nan said that in the next year, Douyin hopes to double that number to 80 billion yuan in revenue for its creators.