SMIC shares were down 4.86% at HK$17.24 in Hong Kong in early morning trading after the company on Sunday confirmed in an announcement on the Hong Kong Stock Exchange about US export restrictions. 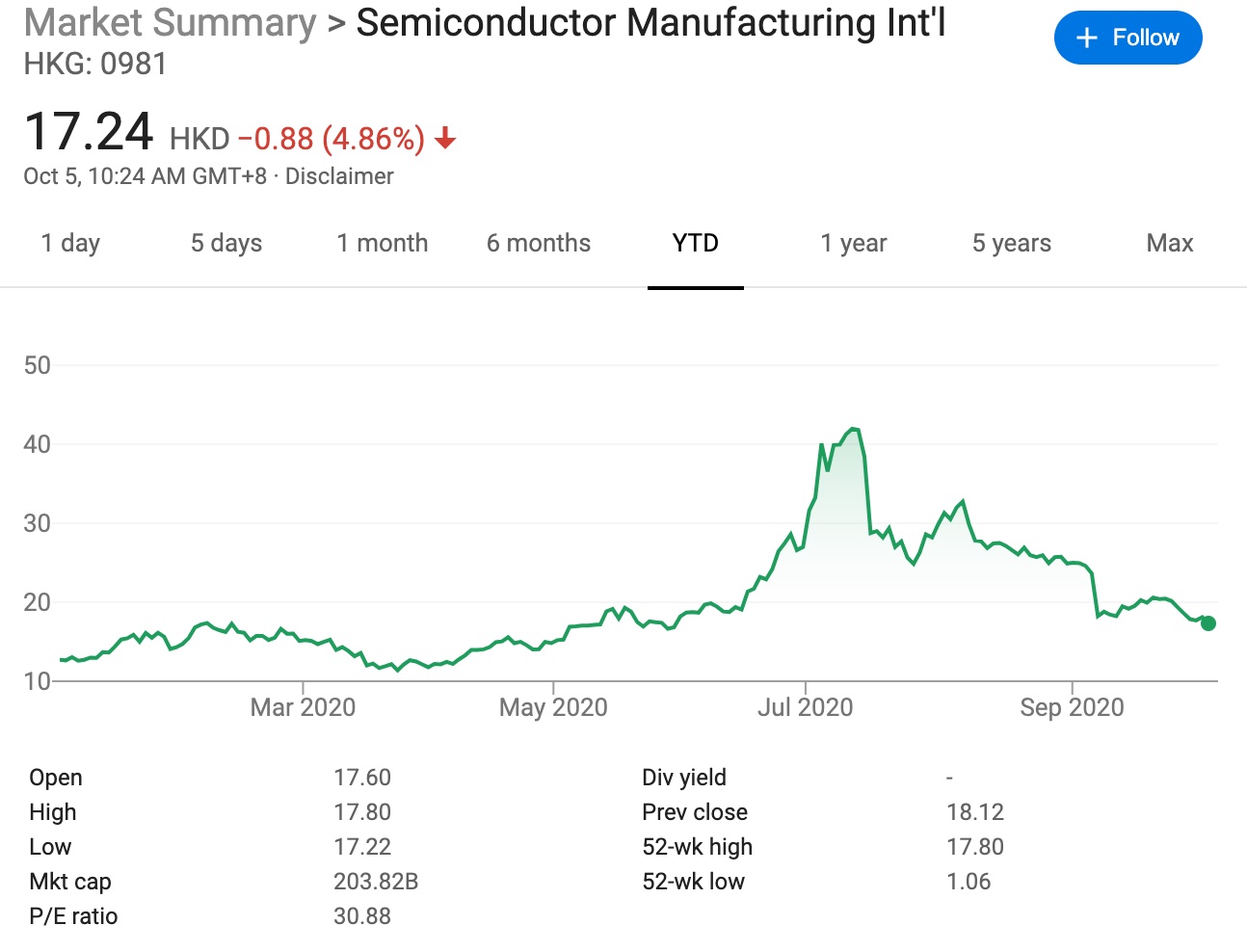 SMIC said that after several days of inquiries and discussions with suppliers, it knows that the US has required some of its suppliers to obtain licenses before supplying to it, and is now assessing the impact.

In response to the export restrictions, SMIC said it has had preliminary exchanges with BIS and will continue to actively communicate with the relevant US government departments.

SMIC said it is evaluating the impact of the export restriction on the company's production and operation activities.

"Based on the fact that some of the equipment, parts, and raw materials exported from the US will have extended or inaccurate lead times, it may have an important adverse impact on the company's future production operations," the company said.

SMIC reiterated that the company has always maintained compliance with the relevant laws and regulations of the places where it operates.