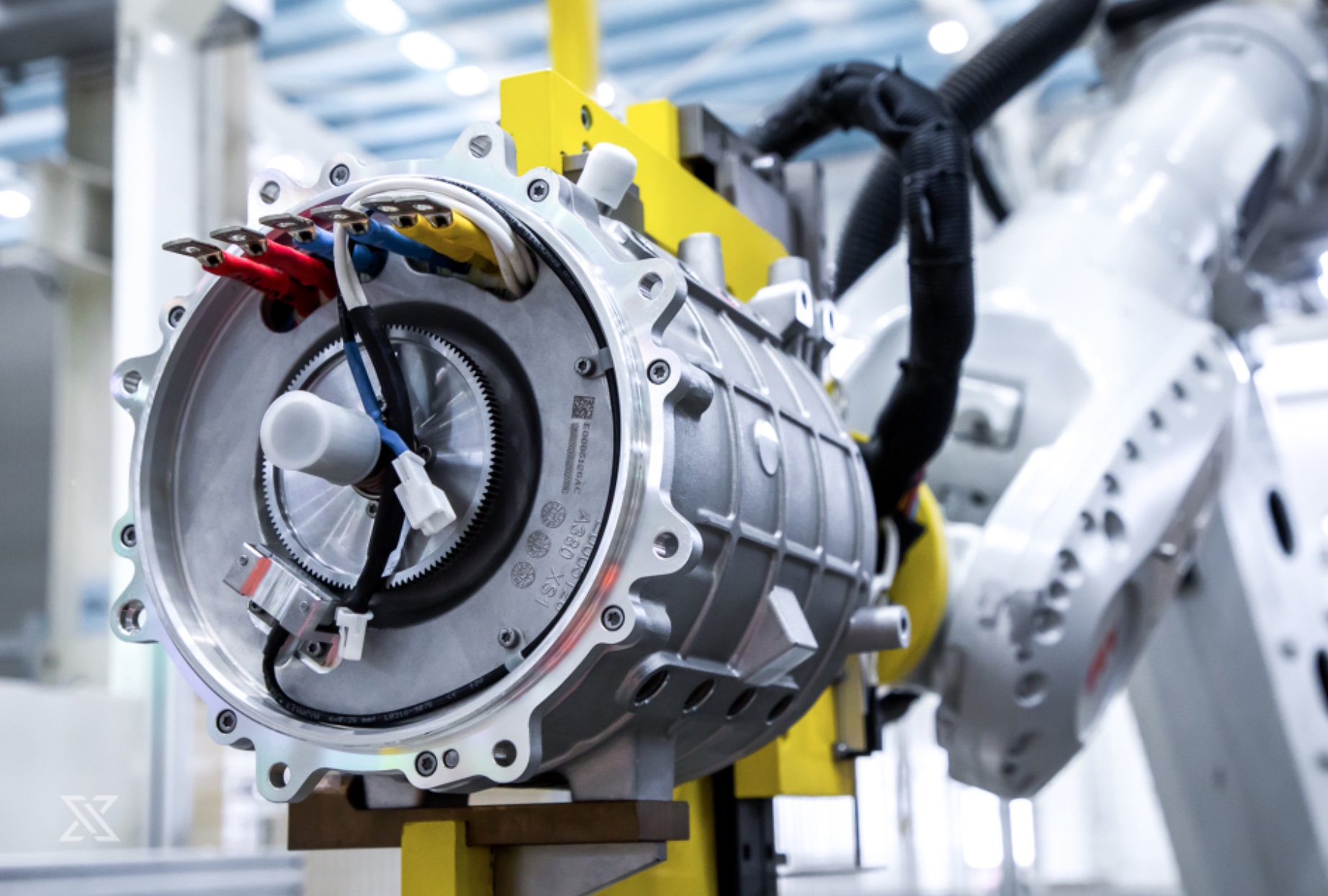 In late July, NIO founder William Li Bin said during the Chengdu Auto Show that the single-motor option for electric cars was a bad idea and that NIO would never make a car with only one motor, pointing the finger at peers like Tesla, which had adopted the single-motor model to save costs.

Tesla didn't react, but Li Bin's comments quickly spread to many low- and mid-range brands that have single motors, and there were a lot of backlashes.

Qin Lihong, co-founder and president of NIO, recently corrected that statement in a conversation with Chinese media.

It's like why an airplane has two engines, he said, because if one fails at least one other engine will work to keep people safe.

The motors onboard NIO are developed and manufactured by XPT, an NIO company founded in 2016 and headquartered in Nanjing, Jiangsu province.

Qin Lihong said that XPT should not be thought of as a factory, but rather as a company in its own right.

NIO hopes that XPT will be able to supply to the outside world like Delphi and become bigger and stronger.

Qin Lihong revealed that XPT was first a 100% owned subsidiary of NIO, and in 2018 brought in strategic investors from outside, including the local government in the Nanjing Development Zone, with strategic investors holding more than 20% of the shares.

Last year, there were media reports that NIO was planning to sell XPT, which Qin Lihong believes was taken out of context and NIO just felt that XPT needed to bring in more capital for its next development and initiated a new financing project.

Since 2018 XPT has never been a company solely owned by NIO, strategic investors have always been there, he claims.

"There may also be some changes in XPT's share ratio down the road, which will be determined by what this company needs to do next. This doesn't mean selling the company, XPT has had the dual mission from its inception to both provide technical support to NIO and to do business independently."

Qin Lihong revealed that late last year the XPT board of directors made a major decision to move away from just meeting the motor needs of NIO's cars and start supplying them to third parties as XPT's capacity and technical aspects have matured.

He said that the first order would probably come from developed Western markets and that the negotiation process was already well advanced.