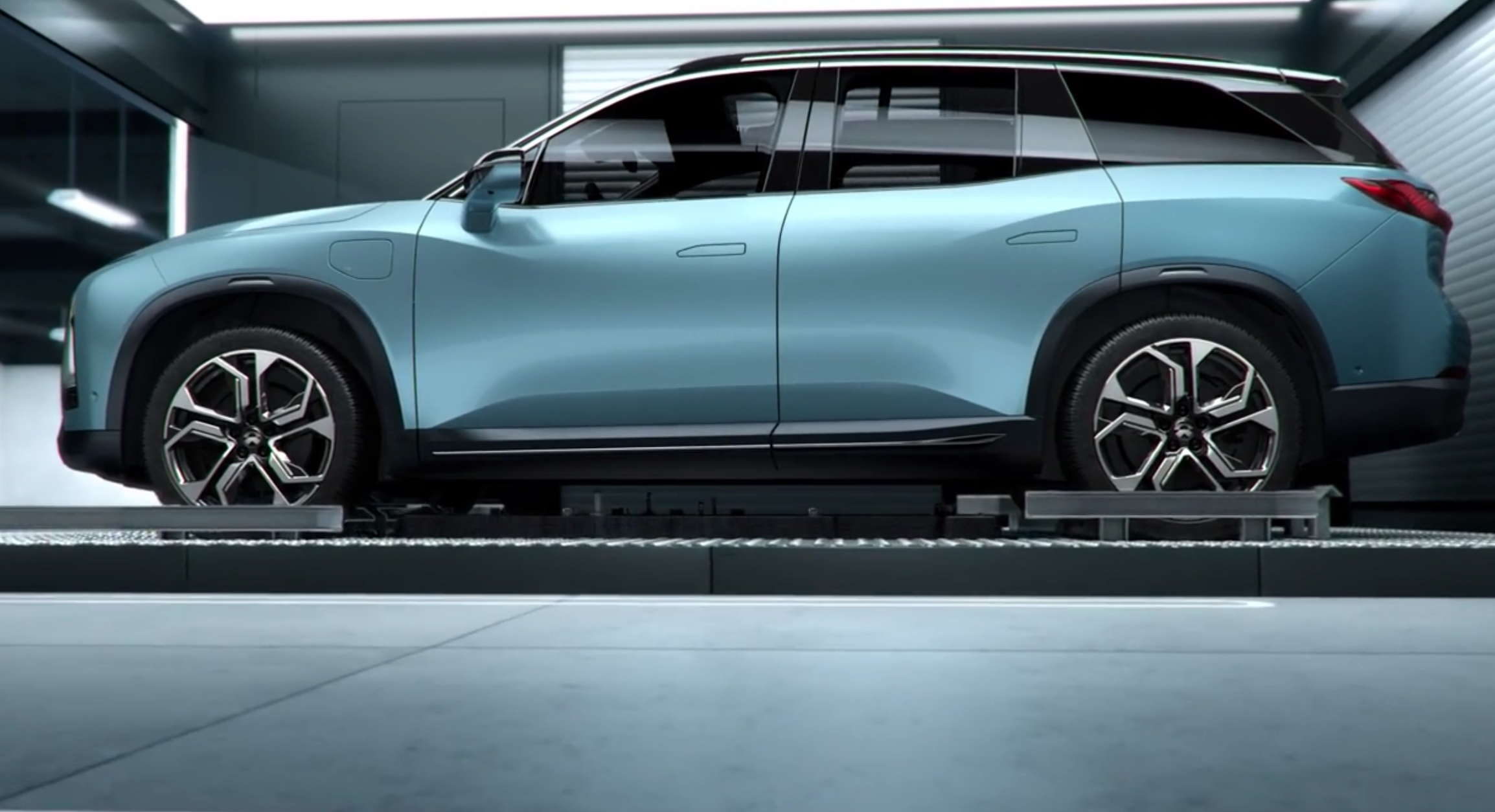 As the independent brand with the largest market share in China, Geely devoted itself to the new energy battery swap field, reflecting the hot market of the battery swap market, and became another wind direction in the new energy replenishment field.

Up to now, Geely Technology Group has signed more than 1000 battery swap stations in China.

Yes, the early stages of new energy are the product of policy push, and the battery swap model has also become a matter of active promotion at the national level, with information such as exploring the separation of body and battery, and the inclusion of battery swap stations in new infrastructure.

Although the speed of battery swap is the closest to the fuel refueling of a gasoline vehicle, the heavy investment in battery swap station facilities and battery reserves, and inconsistent technical standards are the stumbling blocks.

So who can make a breakthrough in this new mode of exploration in the field, whether the battery swap is just a supplement, whether it can really wake up the new energy market, the road ahead is full of uncertainties.

Because you never know if the charger you're going to is available, or if there are other non-charging vehicles occupying the parking space.

Many people are afraid to drive their electric cars with battery alarms to charge them, for fear that they might not be able to charge them and end up on the road.

Is it possible to treat the battery of the electric car as a fuel tank, each battery swap station and ordinary gas station.

The car that is about to run out of fuel drives in fills up with fuel to start the next journey and the battery swap station is just to replace the "empty tank", and install a "full tank".

This is the battery swap mode, which was once thought to be the best solution to change the slow charging and replenishment of electric cars.

At the same time, by separating the body and the battery, it not only greatly reduces the purchase threshold of the vehicle, but also solves the user's concern about the battery life and low residual value of the vehicle.

The unified management of battery and centralized slow charging can effectively guarantee to charge safety and battery life, and further reduce charging cost by using peak and valley electricity price.

Theoretically, this approach is possible, and currently in the private market battery swap mode is the best to do is NIO. Not long ago, NIO launched the BAAS battery rental service, officially opened the body and battery separation mode.

Can provide the body and battery separation, battery rental, can be recharged can be exchanged can be upgraded service, and rental battery mode can make the car price reduced by 70,000 yuan.

Although "battery swap" is not NIO's first initiative, NIO is the pioneer and implementer of battery swap for electric vehicles in China.

Before the release of NIO ES8, consumers had little access to battery swap, but after ES8 and ES6 (specs|photos) went on sale, car owners started to become "battery swap" fans.

As of the first quarter of 2020, NIO has landed 123 battery swap stations covering 51 cities with over 16,000 battery swap vehicles.

The penetration rate of the owner-battery swap has exceeded 50% since the opening of a free battery swap.

The east wind of policy is also blowing to the battery swap field. This year China's financial subsidy policy stipulates that battery swap models are not subject to the 300,000 prices red line.

This provision can be regarded as the state's support and affirmation of the battery swap model.

Not only NIO, in the latest batch of "road motor vehicle manufacturers and products notice" of new products, Roewe's three battery swap models into the announcement.

At present, BAIC New Energy, Roewe, and Geely have all declared their "battery swap electric cars" in the Ministry of Industry and Information Technology.

Last month, it was reported that Hozon Auto is planning to cooperate with several battery factories, including CATL, to launch a car body and battery separation model.

Meanwhile, substantial progress has been made in the development of the battery swap standard.

There is no doubt that the new battery swap mode, will give birth to a new industrial chain, such as the overall design of the vehicle, battery pack process standards, infrastructure construction, etc., which has a long and far-reaching impact on the promotion of social employment.

As for the taxi, net car, and other operating companies, the advantages of battery swap are more obvious, enhancing the efficiency and sustainability of the operation, which is also the biggest motivation for BAIC New Energy and Space-Time Electric to explore the battery swap mode.

Theoretically, battery swap is just like refueling, very friendly to car owners' time, and cost-saving, basically, a fully charged battery can be ready in 3-5 minutes.

However, the battery swap model is still being explored, and the fundamental reasons are the construction and operation costs, and the lack of standardization of battery technology.

In the field of battery swap has long been foreign companies have explored, as early as more than a decade ago, there is a foreign company called Better Place in research battery swap technology, later also with Nissan, Renault signed up to 100,000 exclusive electric car cooperation agreement.

Even Better Place has come to China to promote the company, partnering with Chery to develop an electric car in 2010 and setting up the China Southern Power Grid's battery swap experience center in Guangzhou.

After spending a total of $800 million on the project, it eventually went bankrupt, mainly because it was too expensive to make ends meet.

What's more, in order to make it easy for consumers to use, investors need to lay out a wide range of battery swap stations, the cost can be imagined.

More importantly, now the new energy vehicle's main market in the highly developed economy, large, megacities, where construction land is extremely scarce, demolition difficulties, high land prices and so on all limit the large-scale layout of the battery swap station, convenience and cost often cannot be both.

At the same time and gas station is not the same, battery swap daily service is the limit, once the number of vehicles up, battery swap construction speed can not keep up, will inevitably affect the battery swap experience.

Secondly, hardware in addition to the problem of the battery swap station, another major problem is the standard of the power battery.

Some insiders pointed out that on the one hand, each enterprise's electric vehicle technology standards are different, battery standards also vary widely.

On the other hand, car enterprises are reluctant to share technical standards, which makes the battery swap mode impossible if it is outside the scope of a car enterprise.

Even Tesla, the leading company in the new energy sector, has studied the battery swap model and has called on other car companies to join forces to develop the battery swap.

But as a result, few car companies have signed actual cooperation agreements with them, and the reason for this is that the battery standards of different car companies are quite different.

In the end, Tesla abandoned this recharge model and focused on superchargers.

Regarding the battery standard, the industry has also formulated a preliminary battery swap standard, which is actually the most critical step.

In the past, many people think that the owners of Mercedes-Benz electric cars will be reluctant to replace a Zotye battery, but the current model of separating the body and the battery also allows consumers to use leasing mode instead of buying the battery, which solves the worries about battery ownership.

In fact, the ultimate goal of the battery swap is to unify energy standards, just like gasoline for cars, we can't say that Zotye and Mercedes-Benz have lost their identity by adding the same gasoline.

Current battery swap technology bottlenecks also include but not limited to electric vehicle high voltage safety, waterproof and dustproof, battery pack maintenance, battery pack health monitoring, long-term connector durability issues, charging safety, etc. If any of these problems are not properly resolved, the implementation of the battery swap model will be a lot of resistance.

It is true that battery swap is a new model, which needs to be continuously explored and explored for new opportunities in the development of new energy in China and around the world.

But it is certain that this road will not be smooth, and even battery swap may end up being only one form of energy replenishment.

In the battery technology has not made a major breakthrough before, fast-charge, slow-charge, battery swap, send electricity and other diversified forms of energy supplement, or will become the objectivity of the new energy market for a long time in the future.