Home › Tech › Huawei rumored to be developing its own programming language, Char
#Tech#

Huawei rumored to be developing its own programming language, Char

Huawei is working on its own programming language called Char and the project has been in the works for a long time, a well-known Weibo blogger said, adding details are expected to be released to the public next year. 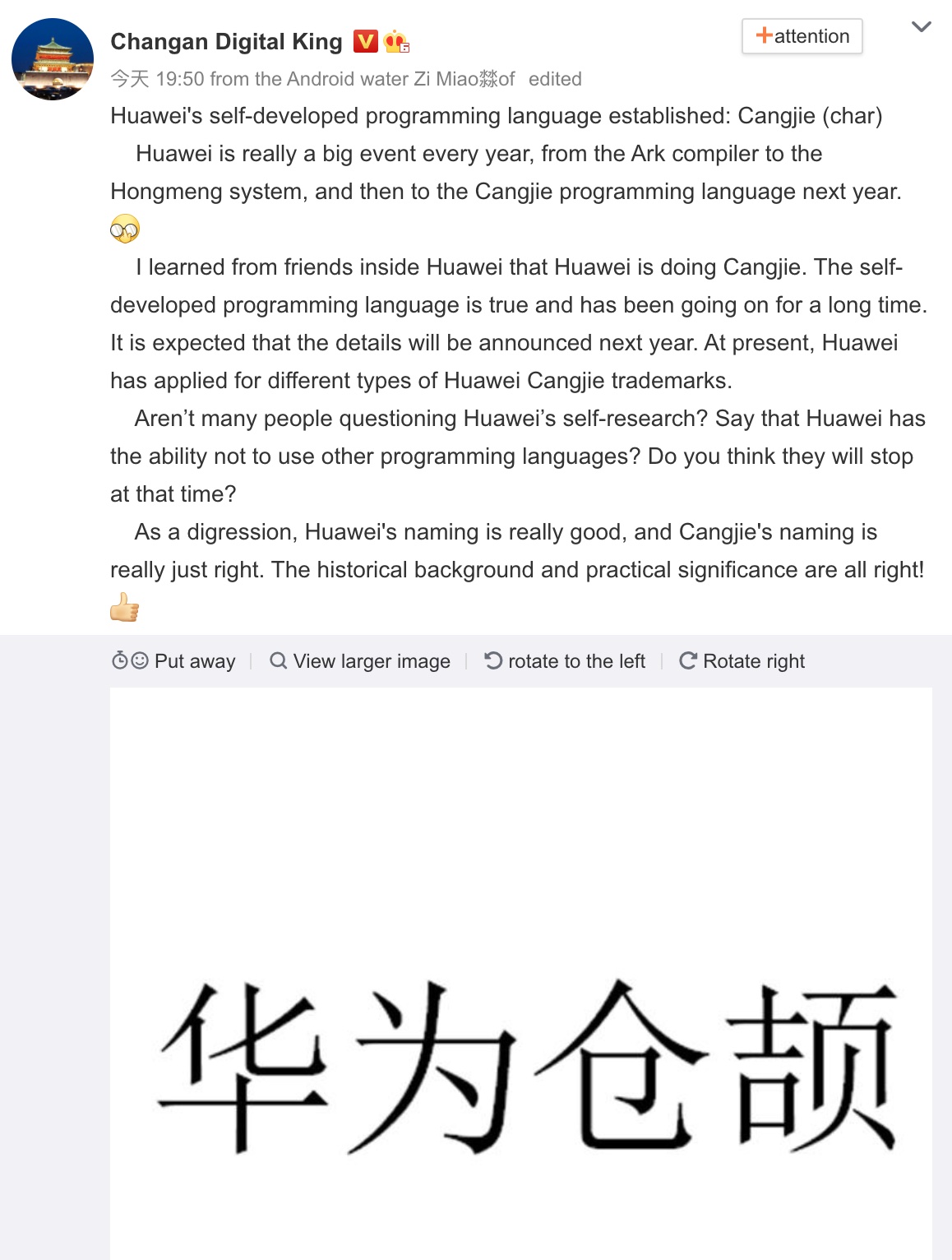 On September 1, another Weibo blogger, @IT工程师, also mentioned that Huawei was working on a new proprietary programming language called Char.

He mentioned at the time that the Char project was led by Feng Xinyu, a PhD supervisor at Nanjing University's Department of Computer Science and Technology who won the 2019 PLDI Best Paper Award. However, the Weibo post was later deleted.

Huawei has been making early moves in compilers and programming languages. Ark Compiler is one of Huawei's research results in the direction of compilers.

In ancient Chinese legend, Char was the leader of a small tribe and is believed to be the creator of the original Chinese script.

There are more than 600 programming languages in the world, and the common development languages are C, C++, JAVA, C#, VB, PB, Python, Ruby, PHP, etc.

The major tech giants now have their own programming languages and software ecosystems built on top of them.

For example, SWIFT, released by Apple in 2014, is the current language for writing software programs for the Apple platform, and Google also has its own computer programming language, DART.