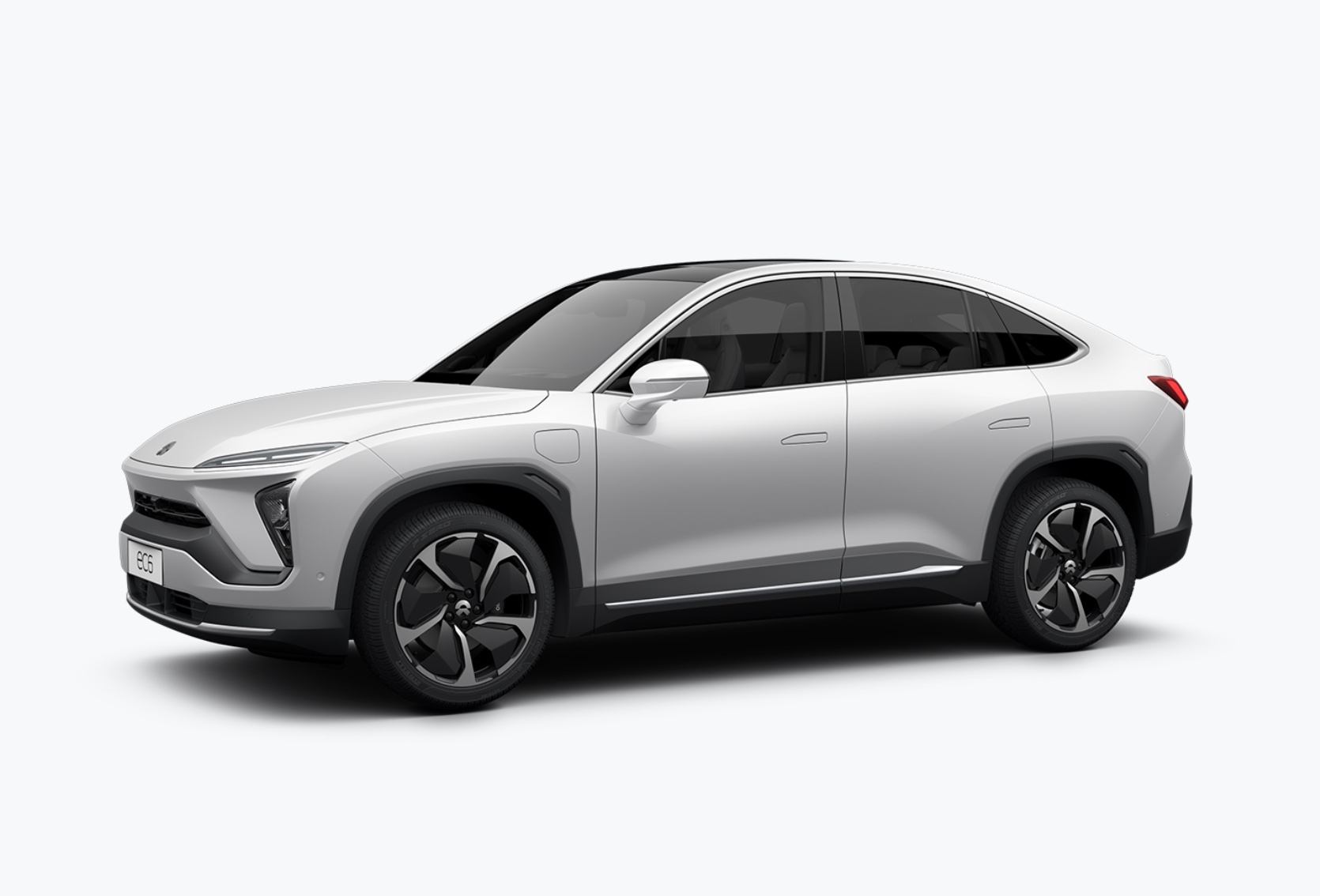 The EC6 is positioned as an electric coupe, and follows the basic design framework of the ES6 model, with a sportier, more sporty design than the ES6.

The EC6 is available in Sport, Performance, and Signature editions, with a drag coefficient starting from 0.26Cd and 0-100 km/h acceleration starting from 4.5 seconds.

The EC6 comes with a panoramic sunroof and a roof glass area of approximately 2.1 square meters.

The following is a translation of the full report:

According to NIO's monthly sales announcement on September 3, its August vehicle sales were 3,965 units, an increase of 104.1% year-over-year. 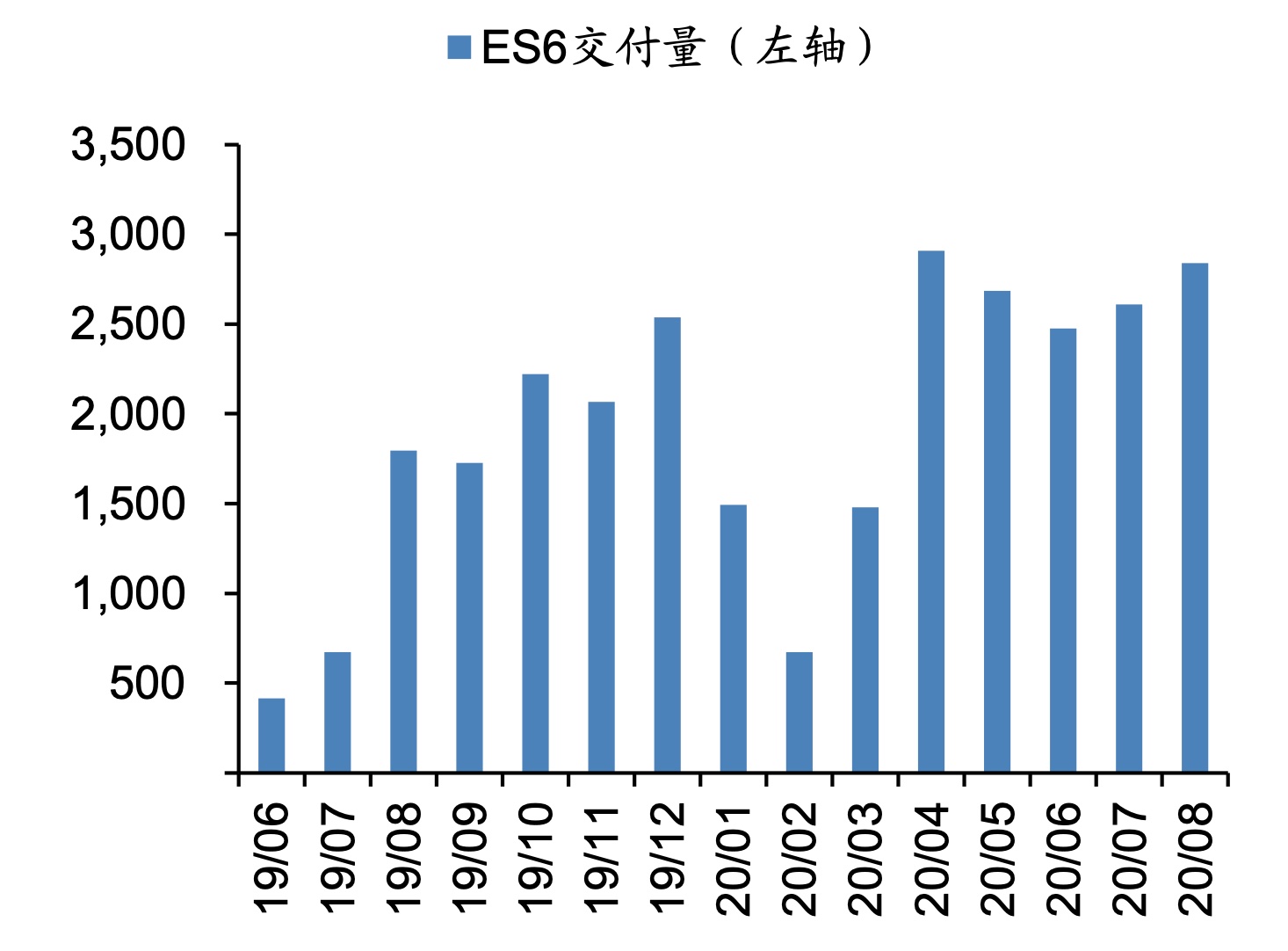 The significant increase in vehicle sales in the second quarter was attributed to a rebound in vehicle demand caused by the impact of COVID-19 in the first quarter.

Positioned as an electric coupe, the EC6 follows the basic design framework of the ES6 model, adding a dynamic sliding back design and a sportier feel compared to the ES6 model.

The EC6 is available in Sport, Performance, and Signature editions, with a drag coefficient starting from 0.26Cd and 0-100 km/h acceleration starting from 4.5 seconds.

The EC6 is equipped with a panoramic sunroof and has a roof glass area of approximately 2.1 square meters.

Its revenue per vehicle was RMB3.60 billion in the second quarter, down 15.2% year-over-year and up 0.7% from the first quarter.

NIO's gross profit for the first half of the year was RMB150 million. Gross loss for the first quarter was RMB170 million, a decrease of RMB50 million from the same period last year.

Gross profit for the second quarter was RMB310 million, with a gross profit margin of 8.4%, which is a turnaround from a loss of RMB500 million in the same period last year, the first time to achieve positive gross profit.

In terms of net loss attributable to ordinary shareholders, it was RMB2.93 billion in the first half of the year, a decrease of RMB3.04 billion compared to the same period last year. Of which, the first quarter was RMB 1.72 billion and the second quarter20 was RMB 1.21 billion.

Revenue in the period under review was the highest since its IPO mainly due to a significant improvement in the company's car sales in the second quarter, which totaled 10,331 units, up 190.8 percent from a year earlier.

Depreciation and amortization expenses were RMB94.79 million, representing 8.9% of the total and an increase of 27.5% year-over-year.

Selling and administrative expenses were RMB1.79 billion in the first half of the year, down 34.9% from the same period last year. Employee compensation was RMB750 million, accounting for 42.0% of the total, down 39.0% year-over-year.

NIO Q2 R&D expenses decreased year-on-year due to a large amount of testing investment before the launch of ES6 models in the same period of 2019, which has returned to normal this year.

NIO sales overheads decreased year-on-year due to the effective implementation of cost reduction and efficiency measures compared to 2019.

NIO's sales overheads increased YoY due to the gradual recovery of the market from the COVID-19 outbreak in the second quarter, which resulted in higher selling and administrative expenses compared to the first quarter.