Tencent Weibo will cease services and operations at 23:59 on the evening of September 28, 2020, the company announced on Friday.

Users will not be able to log in at that time and the company is advising users to back up their data before stopping the service.

Tencent Weibo is a Twitter-like microblogging service launched by Tencent on 1 April 2010, which allows users to post up to 140 characters via web pages, SMS, apps, and QQ. 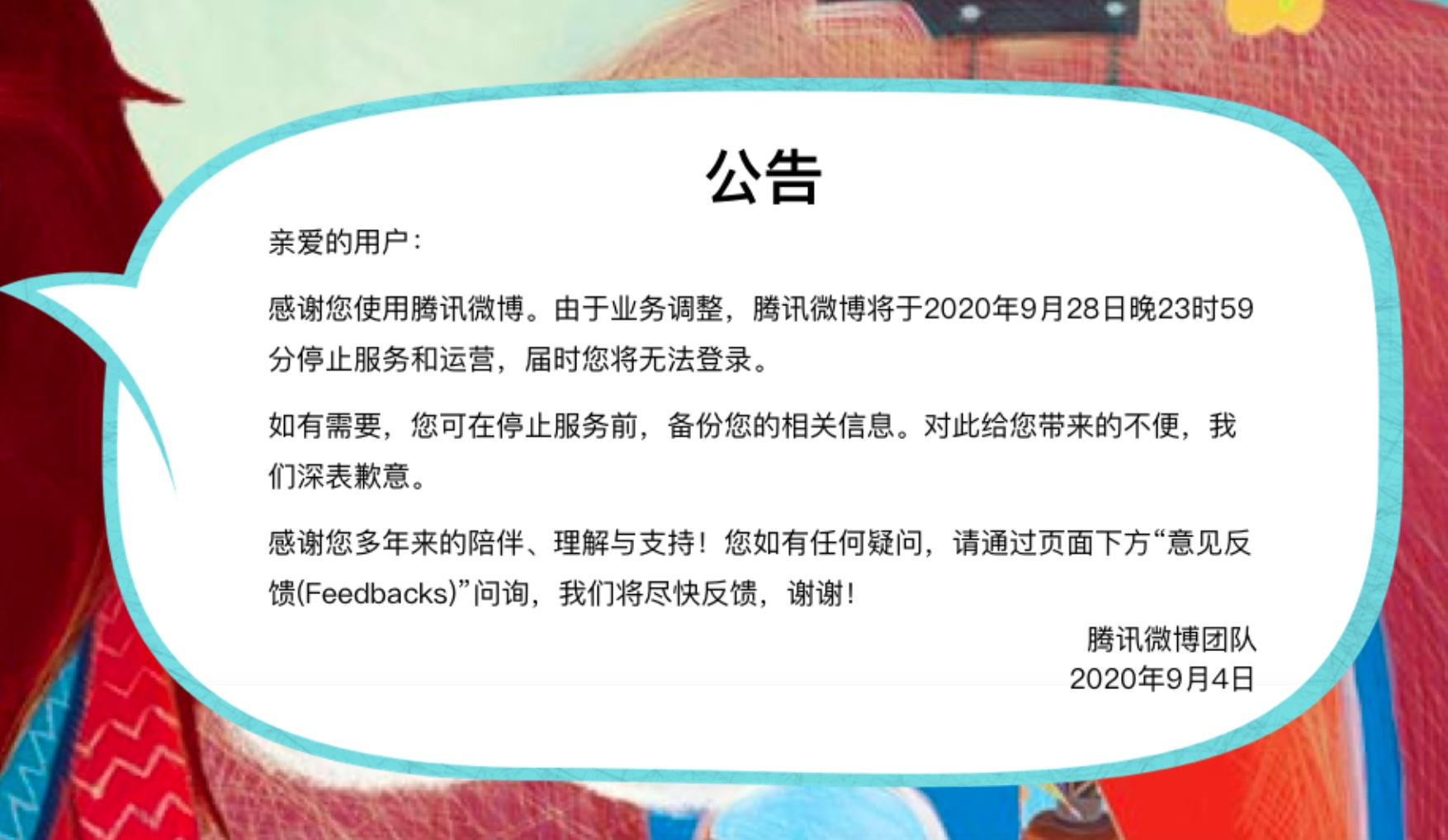 On 5 February 2011, Tencent announced that it had over 100 million users of Tencent Weibo. Subsequently, Tencent Weibo was almost abandoned due to the rise of Sina Weibo.

In July 2014, Tencent's internal sources revealed that the Tencent Weibo business unit had been abolished.

Industry insiders said Tencent Weibo is a derivative of QQ, and the product is poorly positioned and the logic of the product was not adjusted in time. At the same time, Tencent's internal competition is fierce, and Weibo is not its core product.

Externally, Tencent Weibo started late and was a product made by Sina Weibo, which lost in the latter's strong offensive.