The bank's analyst Paul Gong pointed out that NIO's fundamentals have improved with its second-quarter earnings report and third-quarter guidance showing a recovery in auto sales and profitability.

Gong said NIO's successful fundraising in June, amid strong demand for electric vehicles in the global market and a recovery in China, eased his earlier concerns about the company's balance sheet.

The analyst further noted that NIO may still need cash after that and may raise more money to fund its growth. 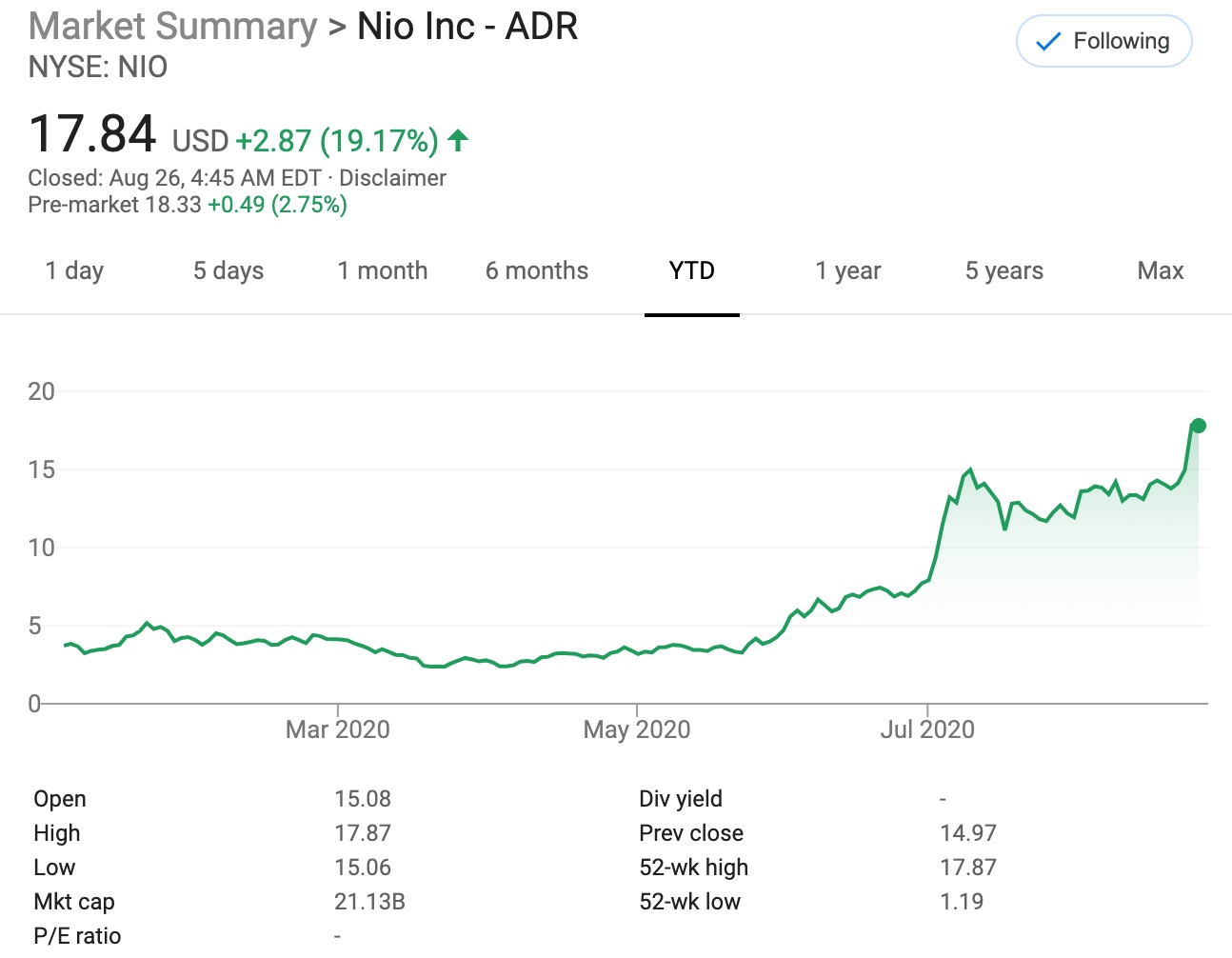 Early this month, Chinese investment bank CICC raised its price target on NIO as it added a record number of new orders in July.

CICC believed that NIO's sales are expected to continue to climb, driven by the EC6 launch and capacity expansion.

The investment bank raised its NIO target price by 11% to $15 at that time, reaffirming its outperform rating.