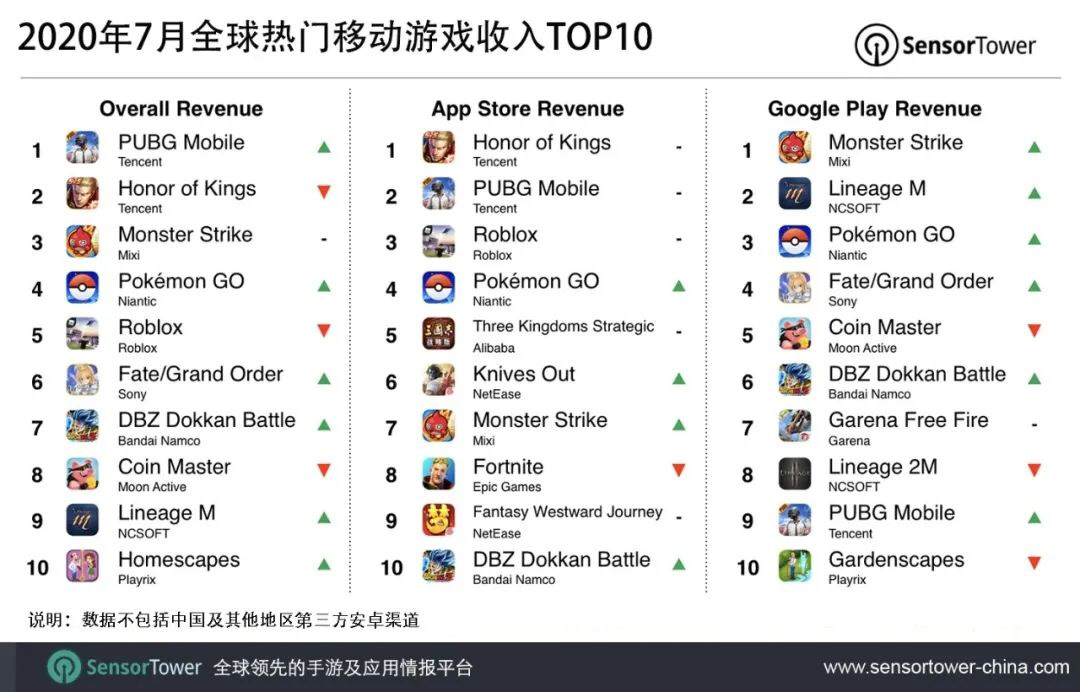 Tencent's PUBG Mobile generated $208 million in global revenue in July 2020, up 10.8 percent from July 2019, placing it at the top of the global mobile game revenue chart, according to data released today by mobile app data analytics platform SensorTower.

Honor of Kings earned more than $192 million in revenue in July, up 34.8 percent year-over-year, and ranked second on the list. The Chinese version contributed 94% of the revenue.

The other three games in the top five were Monster Strike, Pokémon GO and Roblox.