PUBG Mobile continued to be the top-grossing app from a Chinese manufacturer overseas in July, according to market research firm App Annie.

FunPlus' "State of Survival" moved into third place, largely due to a 38 percent increase in US revenue from the previous month.

TikTok, a short-form video app that bounces around bytes, also made the list, coming in at No. 25. 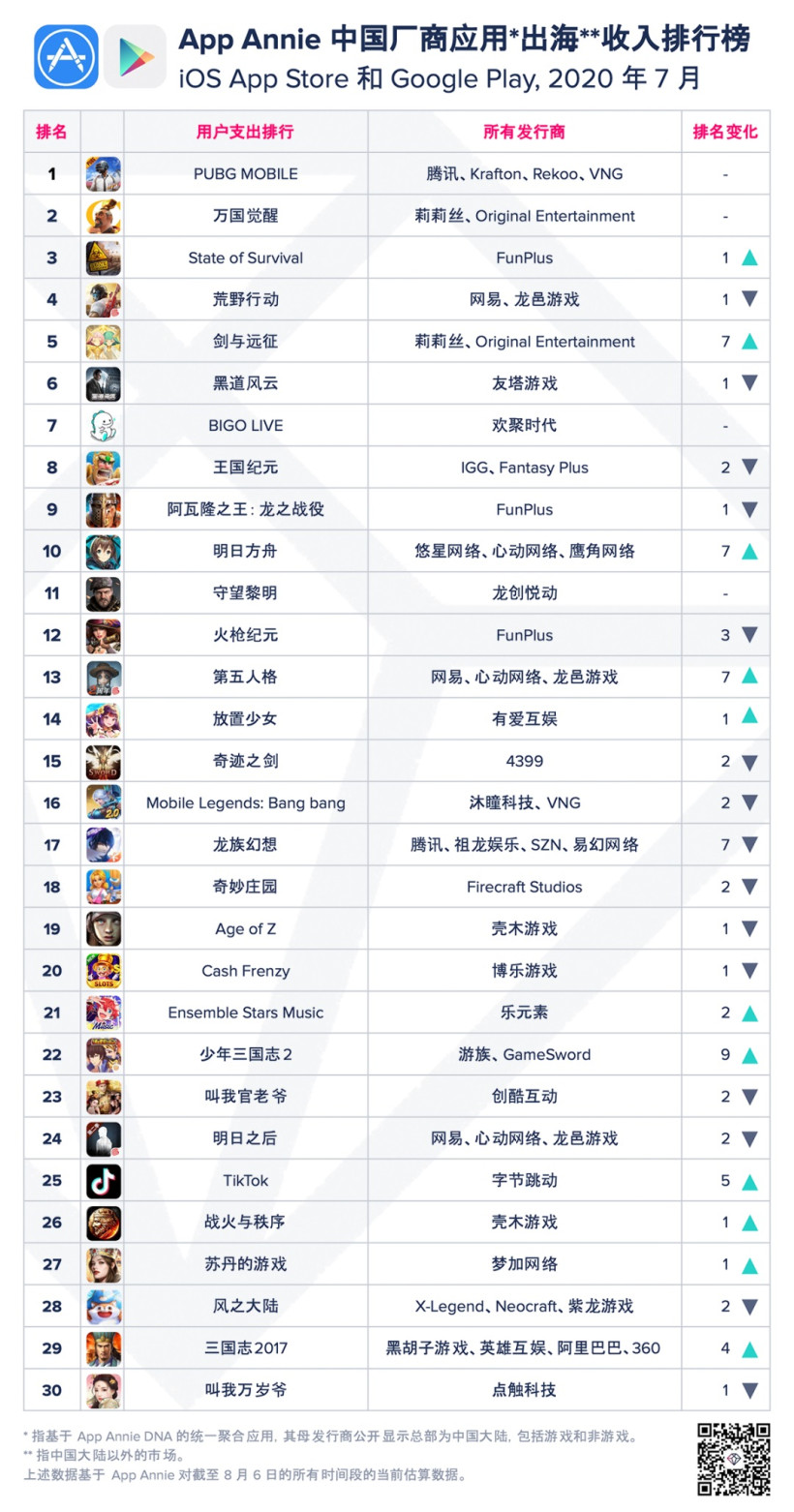 TikTok and Douyin generated more than $102 million in global App Store and Google Play revenue in July, 8.6 times that of the same period of last year, according to Sensor Tower.

About 89% of the revenue comes from Douyin. The US market ranked second in terms of revenue, contributing 6% of the total.