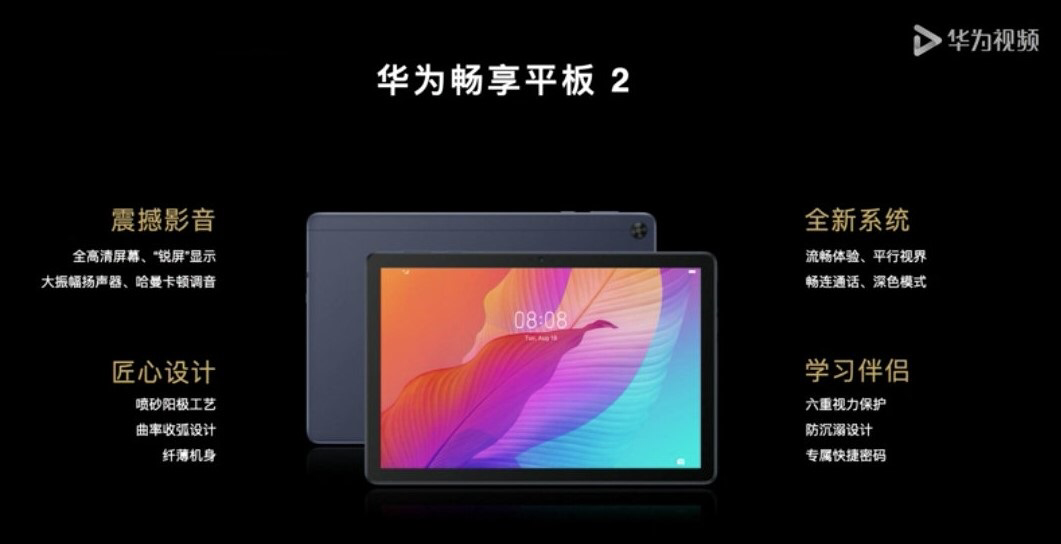 The device is powered by a Kirin 710A processor, which is made by Chinese chip maker Semiconductor Manufacturing International Corporation (SMIC).

The Huawei Changxiang Tablet 2, the second tablet after the Honor Tablet 6 and X6 to come with a SMIC-made processor, features a 10.1-inch 1920*1200 scree.

It has a 2-megapixel front-facing camera and a 5-megapixel rear camera.

They will be available for pre-order on July 30, and will go on sale on August 15. 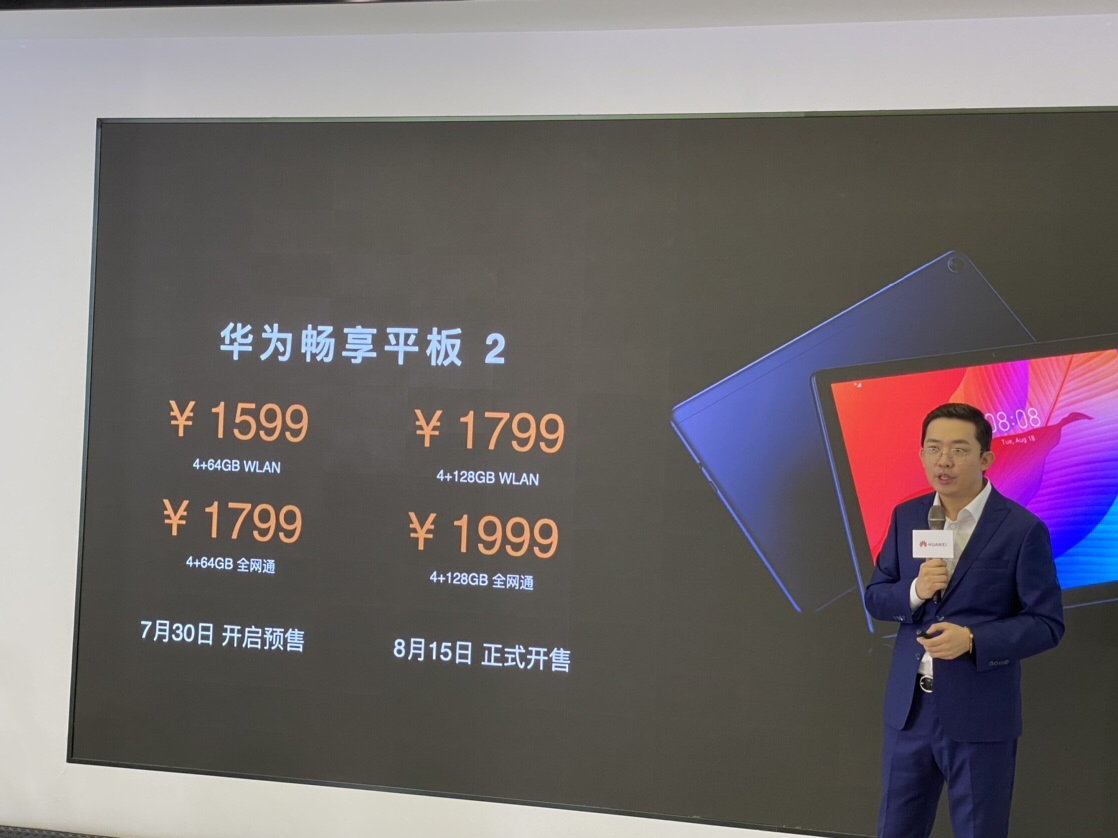 Huawei also announced the MatePad 10.8 with a Kirin 990 processor and a 2K HD screen.

It supports the new Wi-Fi 6+ with transfer speeds of up to 2400Mbps.