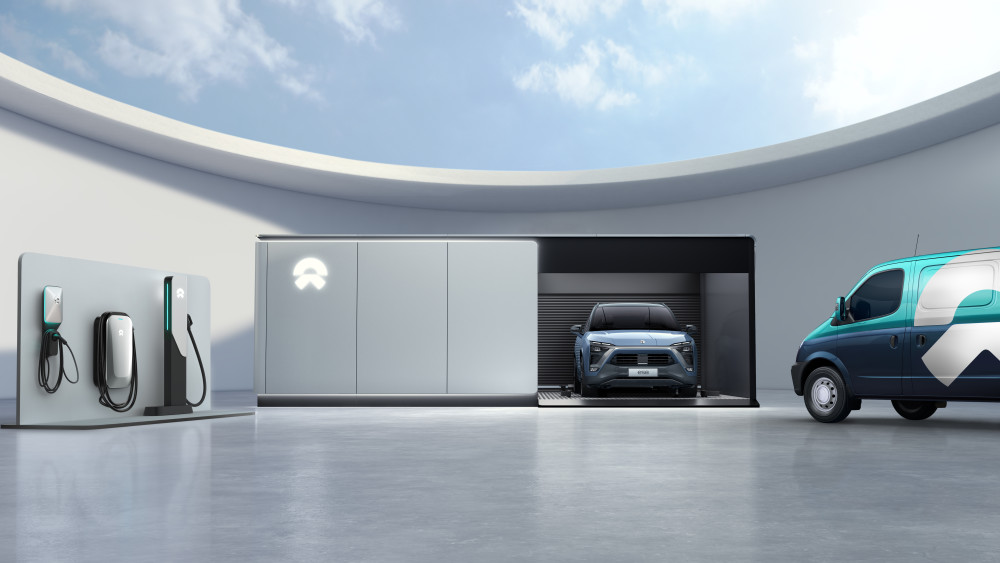 NIO has recently released its third model, the NIO ES6, which was followed by a number of interviews with NIO founder Li Bin.

In an interview with cheyun.com, Li Bin said that there are always misunderstandings about NIO: "NIO is made by JAC but sells for hundreds of thousands yuan, are you crazy?" "The factory claims to be better than Porsche's?"

Li Bin said that the factory built by NIO in 2016 is definitely better than Porsche's that was built in the 1970s, at least in terms of hardware.

NIO is a new brand, so there is a process to increase the number of cars.

For example, last year, there weren't many orders for power stations, but today there may be queues of customers.

Going forward, he said, NIO will still stick to these things but doesn't want to be labeled as more than that.

NIO has never set itself higher, such as trying to represent China's new generation of automakers and shaping influence in the global market, Li Bin said.

That's something no one has done before, and with the world becoming more and more polarized today, it's actually harder for NIO to do that, he explained.

There are many things that NIO has to keep working on, including the next generation of truly leading-edge autonomous driving technology, and whether it can find a viable business model that can turn it into a positive cycle.

If NIO has the opportunity to go back to the past, there is no doubt that it can spend less money, but the cost of trial and error and exploration in the process is inevitable.

But with all the money China's auto industry has burned, who had ever built a premium brand?

NIO's attempts should be reasonably respected. The reason it's being labeled a "money burner" is that people probably don't know that much about NIO, he said.

NIO's financial reports are very transparent, and you can see the exponential decline in user costs.

NIO's early capital is mainly spent on research and development and customer service.

People always compare NIO with Tesla. Tesla spent hundreds of millions of U.S. dollars to develop a chip, you ask NIO not to spend money to get the chip out, but also better than Tesla? This is what NIO can't do, he said.

The same goes for services. With NIO cars priced 400,000-500,000 yuan, you ask NIO to sell more than Mercedes, provide better service than Mercedes, but only spend a fraction of what they do?

What NIO can do now is that no traditional car company has ever gone to court with me over intellectual property issues.

The EC6 starts at 368,000 yuan before subsidies, and many people still think the price is too high.

There's no doubt that the EC6 and Model Y are in direct competition, and there's no need to hide it, Li Bin said.

NIO definitely has to consider a longer-term competitive strategy when pricing its cars.

All of NIO's cars are dual-motor, while the Model Y and Model 3 are single-motor. "I personally don't think EVs should be single-motor, EVs should take full advantage of the motor, and Tesla's low price could be because of it's a single-motor model."

NIO's battery is replaceable and supports the separation of the vehicle from the battery. You also know that NIO will be launching a BaaS battery rental service solution in the near future, and regulators are very supportive of the battery swap mode.

The separation of the vehicle from the battery means that the down payment and monthly payment can be based on a much lower price for a car without the battery. This is actually a significant reduction in purchase costs for the customer.

In addition, NIO is eligible for subsidies that are available only for EVs that support battery swap if they have a price tag above 300,000 yuan.

In the case of the EC6, consumers get almost 18,000 RMB in state subsidies, so that's an advantage.