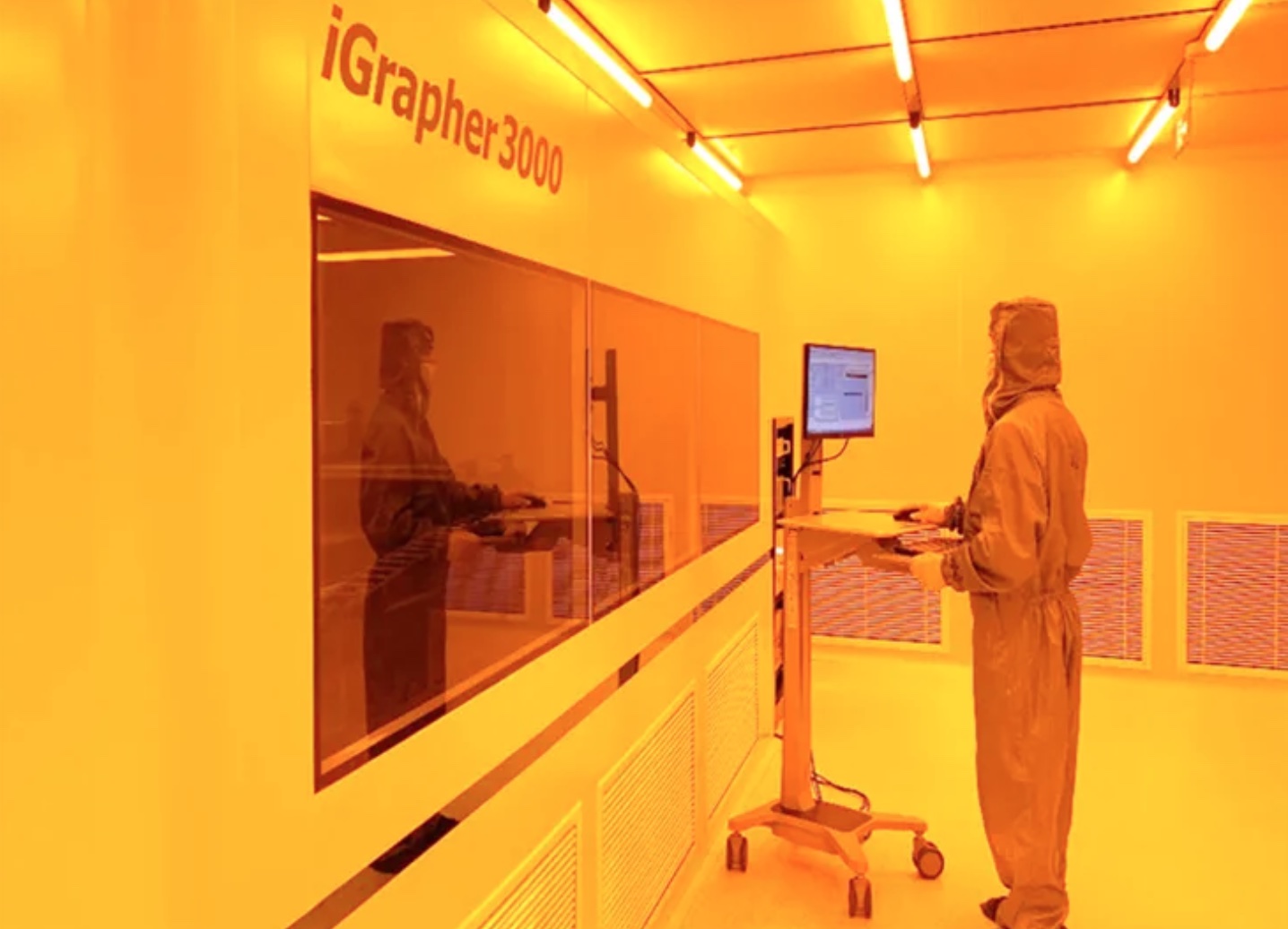 SVG Group, a Chinese technology company, announced on Monday that it has launched industrial production of its iGrapher 3000, the world's first large-scale UV-3D direct lithography machine.

SVG Group is engaged in the design, development, and manufacture of micro- and nano-structured products and manufacturing equipment, as well as the provision of related technical research and development services.

The iGrapher3000 is mainly used for 3D lithography of micro-nano-structured topography on large substrates.

It is a new platform for the design, development, and manufacture of novel materials and advanced optoelectronic devices, and can be called the cornerstone equipment of the optoelectronic industry. 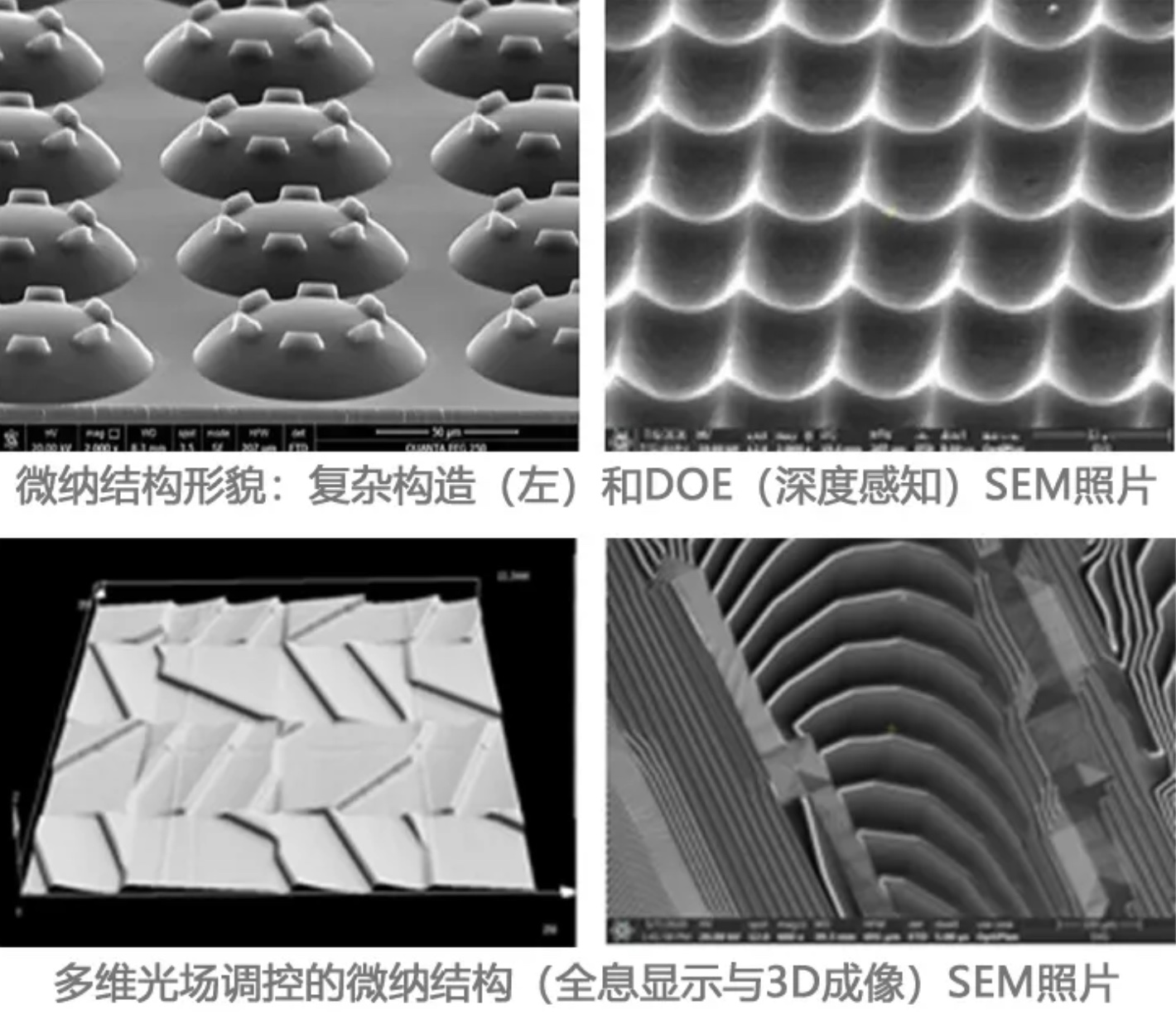 The iGrapher3000 has been installed in the iVTouch factory, where its first industrial application is a deep groove structured microcircuit mold of a large transparent conductive film.

It will also be used in the development and industrialization of large-area flat panel imaging, flexible conductive devices and holographic and 3D display applications.

According to SVG Group, Dr. Pu Donglin has led the research staff in the development of 3D lithography, nanolithography hardware and software, data processing algorithms, and precision control technology for more than a decade. 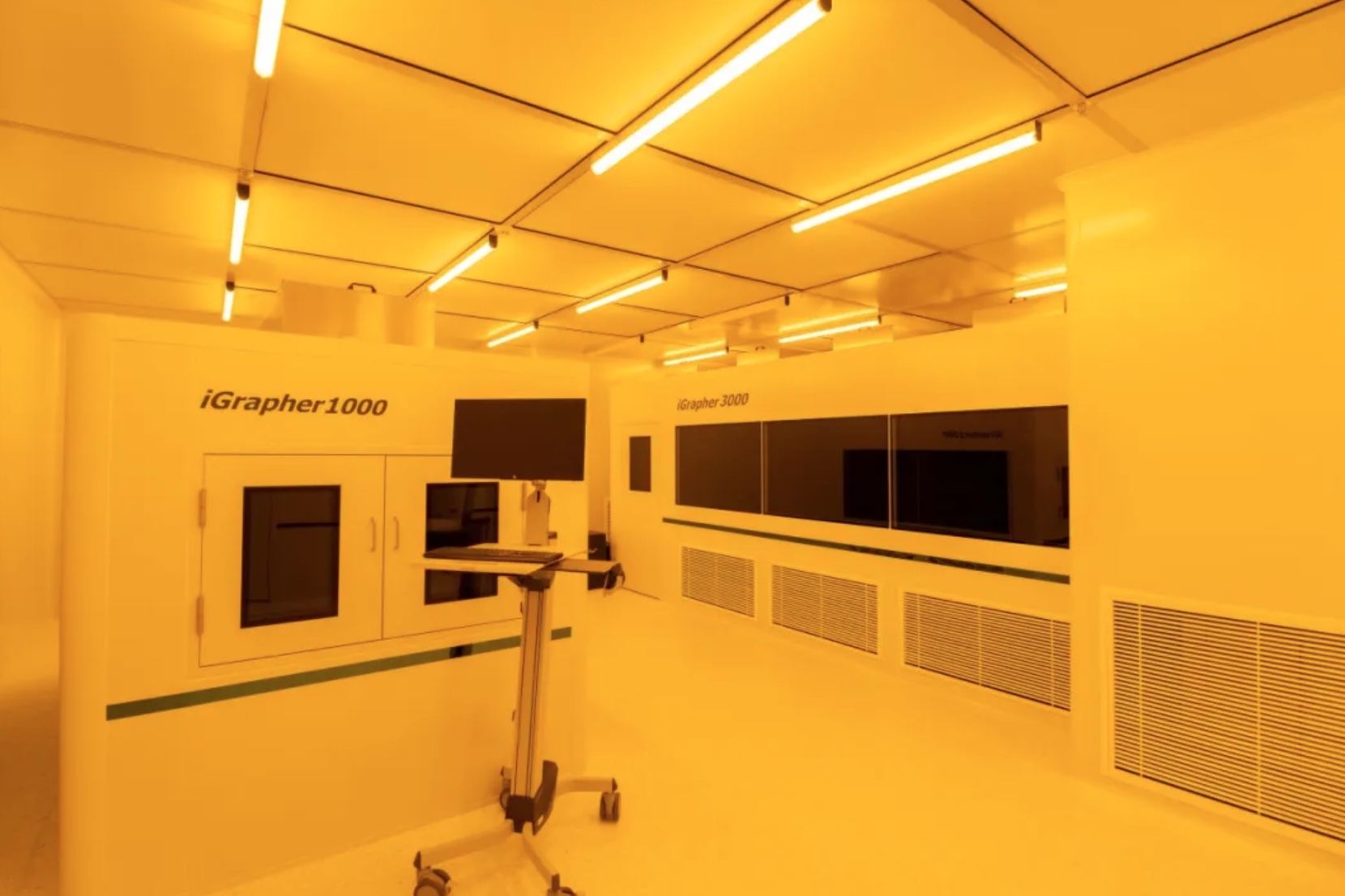 After several rounds of iterations, they have overcome major bottlenecks in 3D lithography and successfully developed a series of UV 3D direct lithography equipment, represented by the iGrapher3000, for industrial applications.

The iGrapher3000 is the first of its kind to enable continuous-plane microstructured large-area flat-panel devices on 110-inch glass substrates with depths ranging from 50nm to 20 microns.

It can be built to support 110" thick gluing process (2 microns to 25 microns) on photoresist board for subsequent industrial production of printing plates. 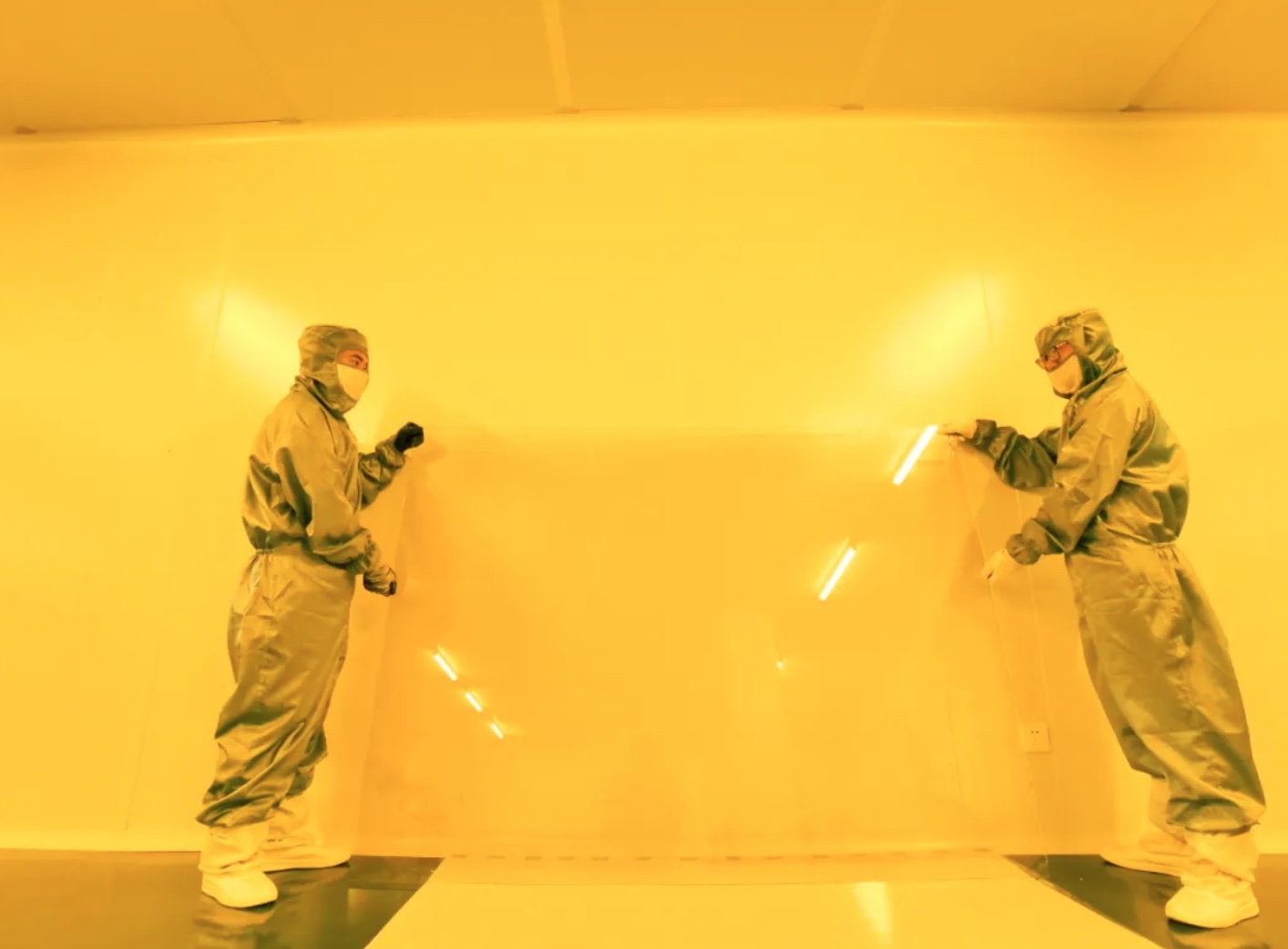 In the chip industry, there are two types of lithography machines: the first is projection lithography, which microscopes and lithographs photo masked graphics onto silicon wafers to prepare integrated circuit graphics.

It has a thinnest line width of 5nm, such as ASML extreme ultraviolet EUV projection lithography machine.

The remaining node masks, prepared with electron beam lithography EBL, account for about 25%.

Both of the above two types of lithographs belong to the "flat pattern" lithographs, which are used in the thin-lithography process.

It is mainly used for the preparation of optoelectronic materials and devices, the role is to prepare the design data onto a thick photoresist substrate, to become a three-dimensional shape of the nano printing plate, for a post-imprinting copy.

The iGrapher3000 is a powerful 3D lithography system that exposes the design data in a 3D navigational flight scan mode, creating a 3D microstructure in one scan.

It has a fast lithography function with data processing/transfer/write synchronization.

Unlike the thin-gel lithography process for integrated circuits, 3D lithography for the topography of micro-nano structures pursues topography and relative alignment accuracy (depending on the application).

The difficulty lies in massive data processing and transmission (hundreds of Tb), functional design of large area structures and advanced algorithms, and fidelity processes such as 3D lithography and 3D proximity compensation.

The iGrapher3000 opens up new channels for the research and industrial innovation of novel optoelectronic materials and functional devices.

The iGrapher 3000 is also used in the photomask fabrication for flat panel displays and flexible electronics and provides a strategic R&D resource for the design and fabrication of high-precision large-aperture thin-film lenses.