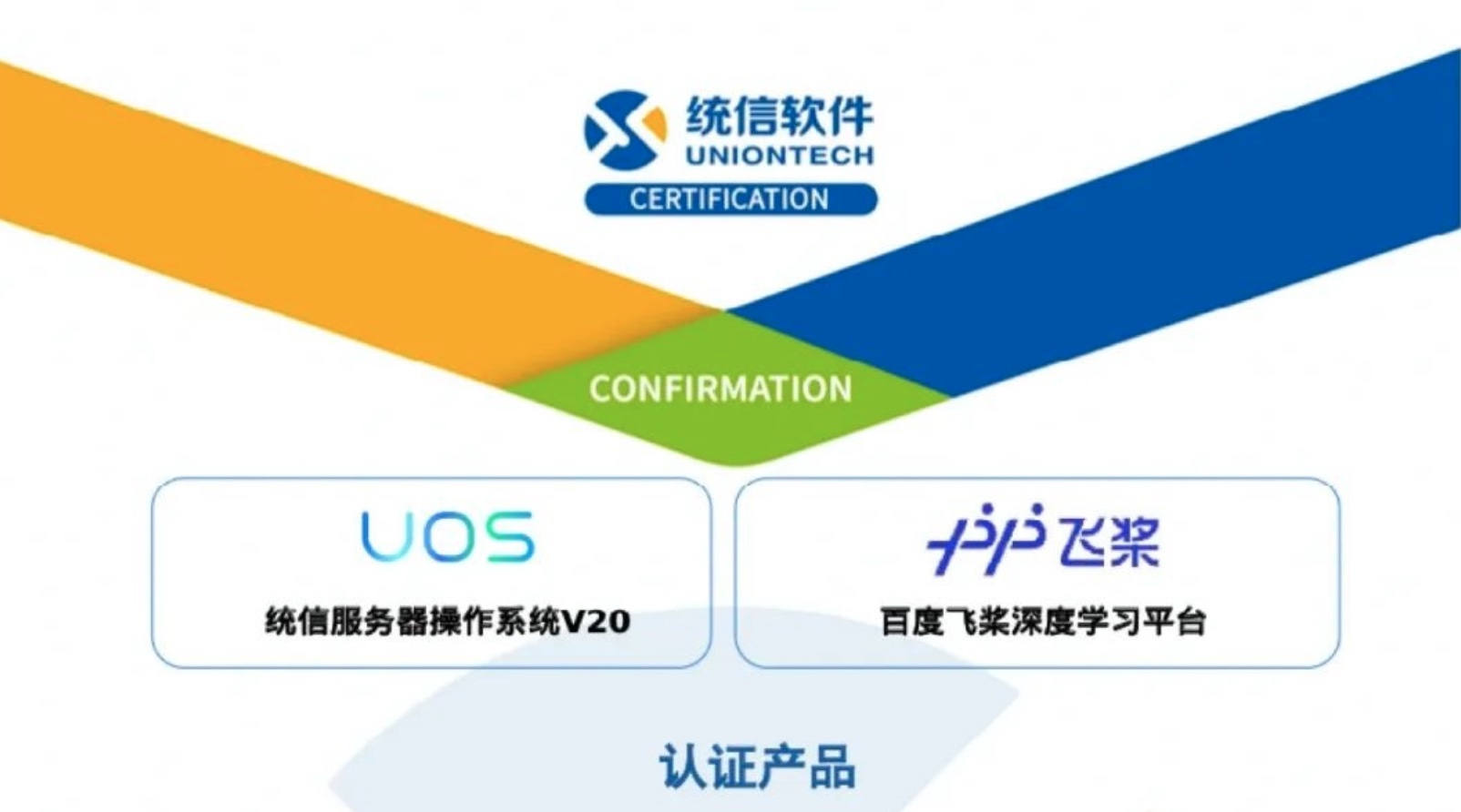 Test results show that PaddlePaddle is stable and fully functional on the UOS.

It integrates deep learning core training and inference framework, basic model library, end-to-end development kit and a wealth of tool components into one.

UOS for server V20 is a general operating system designed and developed by Union Tech to meet the needs of enterprise applications and government and military, and supports Loongson, Phytium, Sunway, Zhaoxin, Kunpeng, Hygon, and general X86 platforms.

It meets the requirements of enterprise users for high performance and high stability of servers and is suitable for critical areas such as telecommunications, finance, and government.

How does China-made UOS compare to Windows?