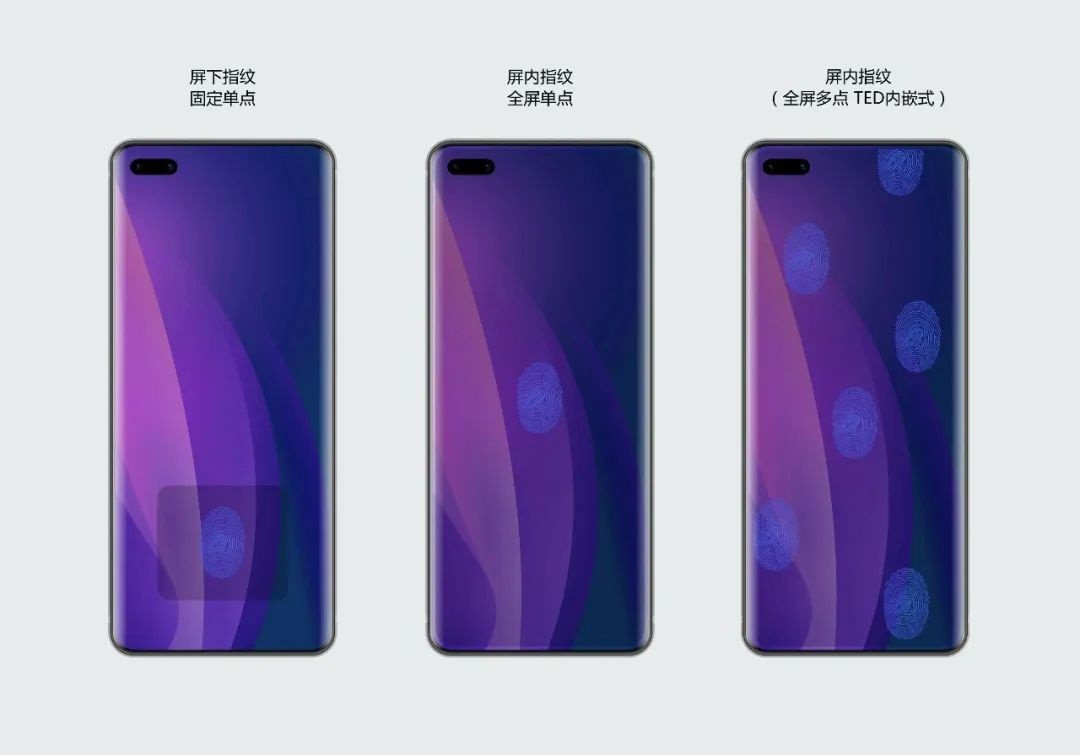 The solution is a fingerprint image capture device embedded in a TFT display substrate, which for the first time integrates the three functions of touch, display and fingerprint recognition into one.

It covers the entire display with an optical path and sensor, and is equipped with a sensor based on a glass substrate that has no size limitation.

Highly integrated. This technology is the first to achieve touch, display and fingerprint recognition in one.

It breaks through the limitation that optical fingerprint inside LCD screen is difficult to match the normal cover thickness, making it more competitive and mass-producible.

As the optical modulation unit is integrated into the display, the thickness of the display is reduced by more than 50% compared to the external collimated optical path design, making the end product design thinner and lighter.

Full-screen fingerprint multipoint recognition. It supports fingerprint multi-point identification of the entire screen at any display area, which can be applied to blind unlock of the whole screen, APP encryption and unlock, and custom fingerprint control.

However, due to technical and cost reasons, most of the products currently equipped with this technology can only achieve single-tap fingerprint recognition in a fixed area.

Currently, Tianma's technology is ready for mass production and samples are being sent to partners worldwide.