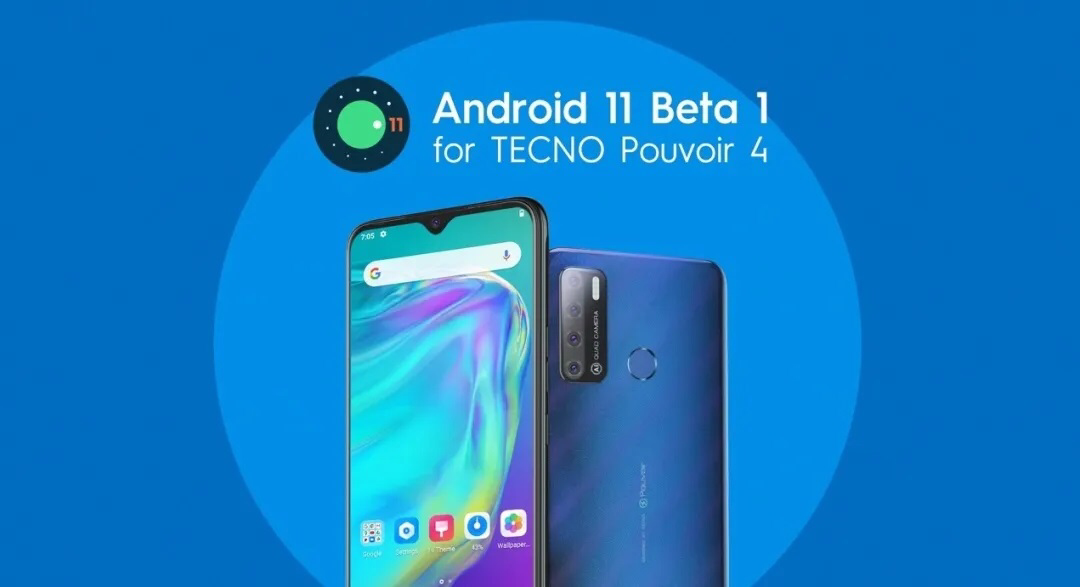 TECNO Mobile, a sub-brand of Chinese smartphone maker Transsion, announced its newest smart phone Pouvoir 4 as an early adopter of the operating system upgrading to Android 11 beta 1 starting from July 10.

As part of the Android 11 Developer Preview Program, the Pouvoir 4 will allow consumers to try pre-release versions of Android 11 and provide consumers a more secured, stable and smarter user experience.

Transsion is a Chinese company, but interestingly it is rarely heard of on its home turf. With very few Chinese users, it sold over 80 million phones worldwide.

The Shenzhen-based company mainly targets the African market and is known as the king of African smartphones. According to IDC data, Transsion was the No. 1 phone brands in Africa, with the total market share topping 48.71 percent in 2018.

The Pouvoir 4 is a recently announced phone from TECNO, paired with a large 6000 mAh battery, and a 7-inch screen.

TECNO says the phone is not only performing well in Africa, but is also strong in new markets such as the Middle East and Southeast Asia.

With Android optimized OS, it offers benefits including:

Optional location permission: It gives users more control over when an app can access location information whenever your app requests access to foreground location.

ADB incremental APK installation: It accelerates this process by installing enough of the APK to launch the app while streaming the remaining data in the background.

Optimized screen display: It can specify the intractable area of the display to prevent elements from notches to make users experience much better.

Chat bubble: New multitasking surface for communicating with the most important people in your chat apps. Users can access a chat anywhere, and use your app UI to communicate before resuming their previous task.

If you are interested in installing Android 11 beta 1 on your Pouvoir 4, you can follow the quick guide below:

Download a tool-set on a PC, transfer it to the root folder using a USB cable.

Navigate to the downloaded file and tap on the software package, then click "START" button when prompted.

Wait for the upgrade to be completed.