In the second quarter of this year, TSMC held 51.5% of the global foundry market share, topping the list, according to TrendForce.

Samsung ranks second, with a share of 18.8%. The third and fourth places are Global Foundries and UMC. 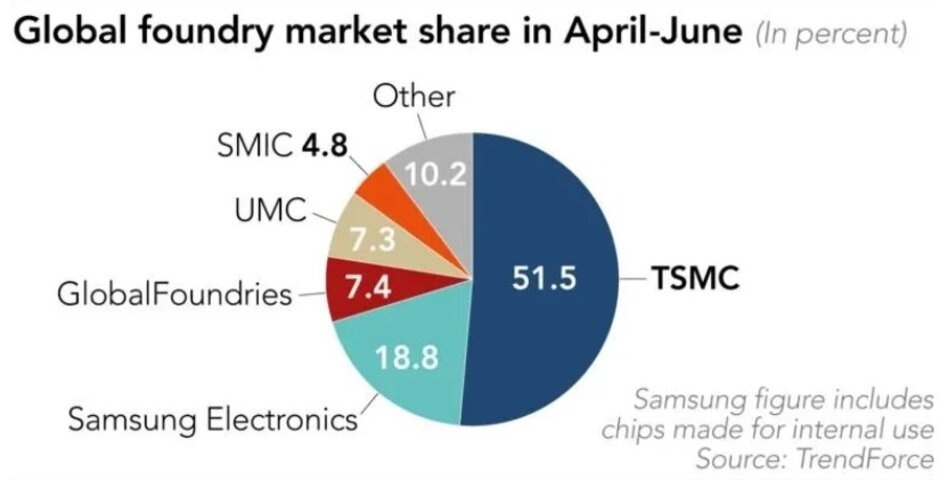 TSMC and Samsung are the only companies that have mass-produced 7nm and are putting 5nm into production.

The Apple A14 Bionic processor is being manufactured at TSMC's Tainan plant, which started construction in 2018, and is expected to be the world's first large-scale The mass-produced 5nm mobile processor can integrate up to 15 billion transistors inside, 76% more than the A13's 8.5 billion.

If nothing else, TSMC's 3nm will be available in 2022, and it could be the curtain-raiser for FinFETs.

7nm can hold 96.5 million transistors per square millimeter, 5nm expands to 170 million, and 3nm will reach 300 million of them Size.