This is the first pure China-made computer with chip and operating system all self-developed. It is designed by the China Aerospace Science and Technology Group and produced by the state-owned Shenyang Liaoning Radio.

A production line with an annual output of 100,000 sets of products has been completed, and the output value is expected to be 500 million in 10 years, with the related adaptation and after-sales service market valued at nearly 3 billion.

The "Tianyue" computer and "Tianyi" software are mainly used in the office areas of the Party and government offices, providing autonomous and controlled information systems. 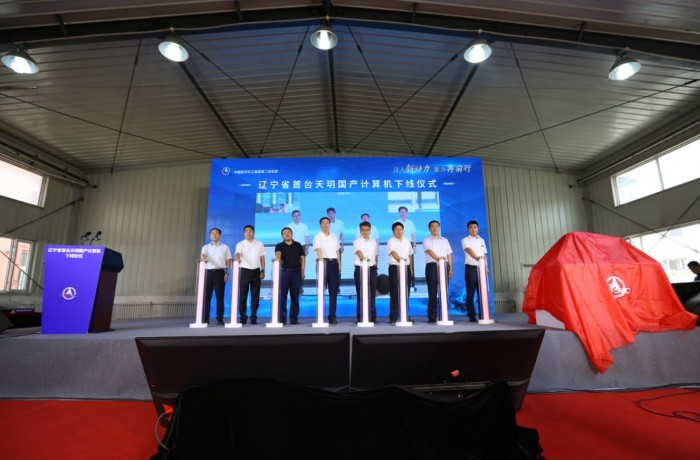 More information about Tianyue's configuration was not revealed during the ceremony.

As the first pure China-made computer, this is not its first appearance. 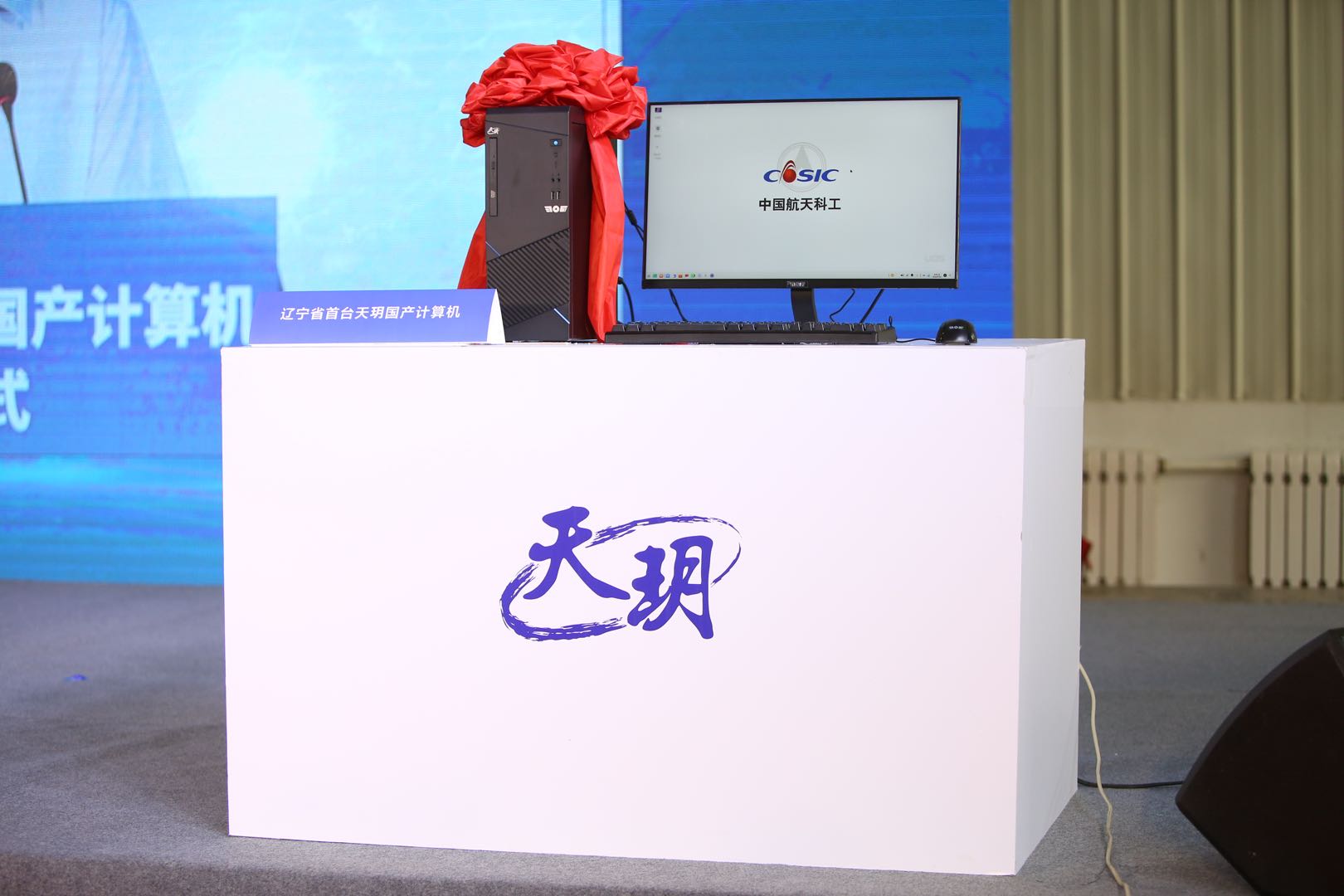 Back in June this year, the Tianyue computer had successfully rolled off the production line in Chongqing and revealed details of its configuration. Detailed information about Tianyue series computers is also available on the Loongson website.

Briefly, Tianyue series computers are available in 4 models and 9 products, divided into two categories: general-purpose and specialized. The four models include TR1231, TR1235, TR117, and TR3231.

The Tianyue series computers are based on the China-made Phytium FT1500A quad-core Phytium processor and China-made Loongson 3A3000 quad-core processor.

The main frequency of mainstream desktop CPUs on the market today is around 3GHz, and while it doesn't make much sense to simply compare the main frequency, this data shows that China-made computing and in the speed of the operation has a lot of room for improvement.

Tianyue series of computers can support the winning Kirin operating system, which indicates the trend of the computer's civilian development.

It supports 2.5-inch or 3.5-inch SATA hard drive expansion, the capacity of not less than 500GB, maximum support for 4TB, memory With DDR3, it supports up to 16GB.

In the software part, it supports Firefox, Mathematical Sciences, Foxit, and another version of the software, as well as Kingsoft WPS, Yongzhong Office. It also supports the signature software such as An Yuan and Golden Seal.

As China's first China-made self-developed computer, there is still a certain gap with the current international mainstream computer.

China-made CPU and China-made operating systems have not reached the world's advanced technology level. And China's operating system has not yet formed its own ecology, the user experience needs to be improved.

Progress delayed by the historical process often takes more time to repair and make up, and today China-made computers and The gap between international mainstream computers is inevitable.

However, it is worth mentioning that Tianyue series computers also have their own unique advantages.

Tianyue series computers are highly reliable, long-endurance, resistant to heat and humidity, shock resistance, and other outstanding performance, and can adapt to highlands, islands, and other areas. It can meet the needs of data acquisition, image processing, command and control, communication, and positioning in harsh environments such as desert, jungle, etc. It has already been implemented in Heilongjiang (high cold), Hainan (high humidity), Tibet (high altitude), and other areas with unstable power supply.

At present, it has been realized in Heilongjiang (high cold), Hainan (high humidity), Tibet (high altitude), and other areas with an unstable power supply of tens of thousands of people. The deployment and application of China-made computers are able to withstand the harsh environment.

The birth of China-made self-developed computers, in the present and future full of uncertainties, will help China to achieve the goal of "China's first-class computer". Information autonomy and control has great significance.

Looking at the extent of China's current computer China-made self-developed, Huawei is launching PC chips Kunpeng 920 and Kunpeng Shortly after the PC motherboard, it was released with the China-made operating system with the standard Kirin and Kunpeng 920 CPUs. The computer "Tahoe 220", which supports 256 GB SSD solid-state drives.

The Tianyue series of computers, as a breakthrough in the history of China-made self-developed computers, was successfully launched in Chongqing in June and recently in Liaoning province to achieve mass production.

This increases the options for information autonomy and control, and also provides ideas for China-made production.