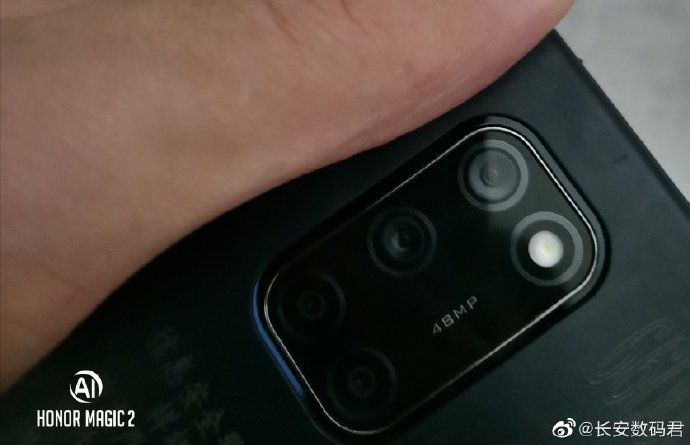 Digital blogger @长安数码君 today revealed a new Huawei device that has yet to be released, and it has a quad rear camera with a primary shooter 48 megapixels. 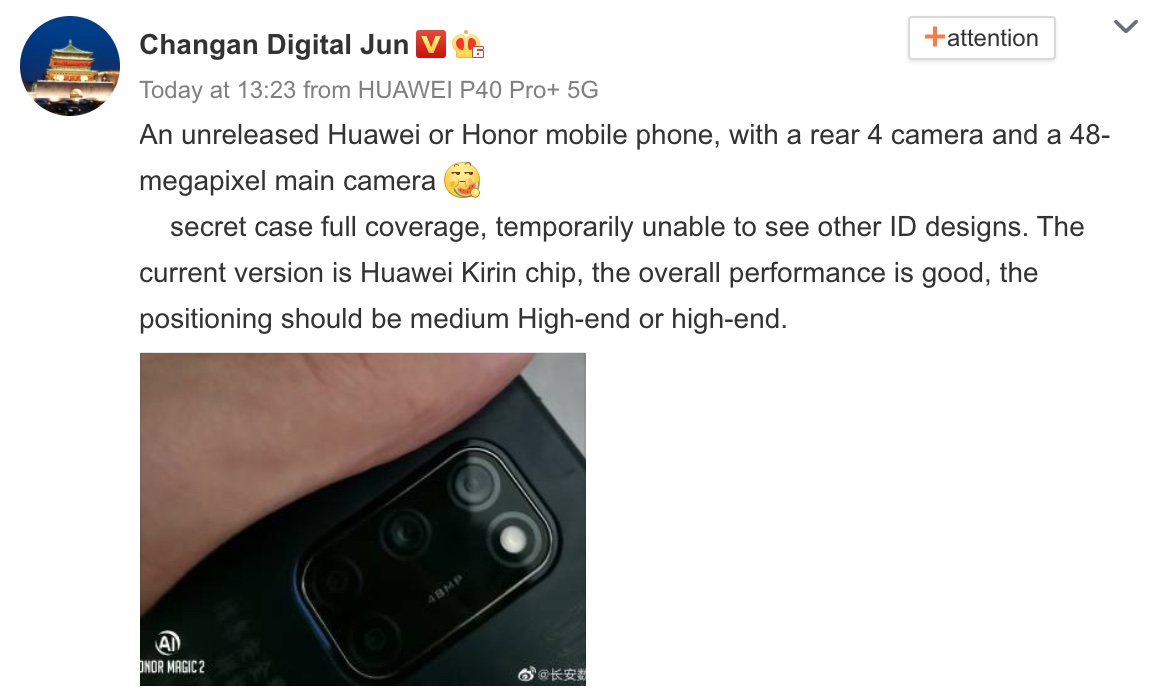 The blogger also said that the rest of the phone's ID design is not yet clear as it is fully covered by a case.

Also, the current version of the device is powered by Huawei's Kirin chip and should be positioned at the mid or high end.

Some users believe that the device is an Honor Magic 3, as the images were taken using the Magic 2, but there is no word on the Magic 3 at this time.

It's worth noting that Honor recently launched the X10 Max and 30 Lite, both of which come with a 48MP The main camera, but the two have different camera module designs.