In April, Huawei overtook Samsung for the first time to become the world's largest smartphone maker. Now, the latest figures show that Huawei still held the lead in May, but the gap with Samsung has narrowed.

According to the latest data from Counterpoint, Huawei's market share was 19.7 percent in May, while Samsung is close behind with 19.6 percent share. 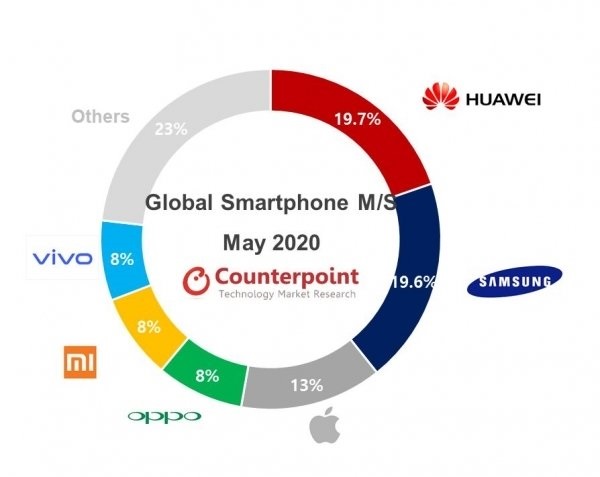 But while Huawei still holds the title of the world's largest smartphone maker, it is only 0.1 percent ahead of Samsung.

By comparison, in April, Huawei's market share was 21.4 percent, compared to Samsung's 19.1 percent.

Huawei overtakes Samsung as No. 1 smartphone maker for first time in April

One of the reasons Samsung narrowed the gap in May was its sales surge in the United States, where smartphone sales were higher than April's.

In the U.S., Samsung accounted for 33 percent of the total 8.4 million smartphones sold.