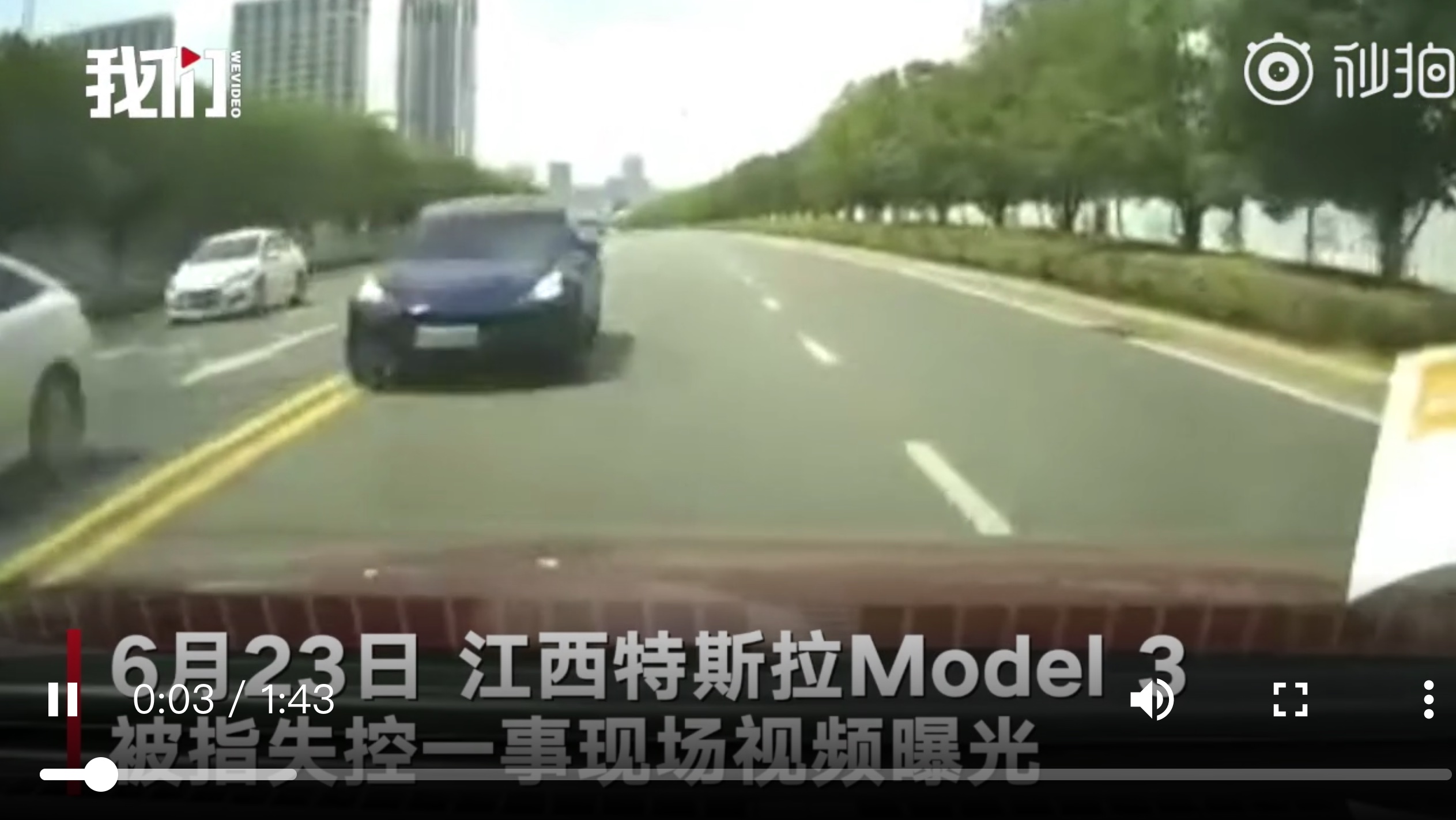 Previous media reports said a Tesla Model 3 in Jiangxi province was suspected to have run out of control and caught fire. Now a video of the accident has been released.

The owner, Mr. Chen, said the car suddenly accelerated to 127km/h under driving condition, and he stepped on the brakes but it did not react, according to Beijing News.

The car was out of control and dodged forty to fifty cars before finally hitting a pile of dirt at the end of the road, where it stopped and caught fire. 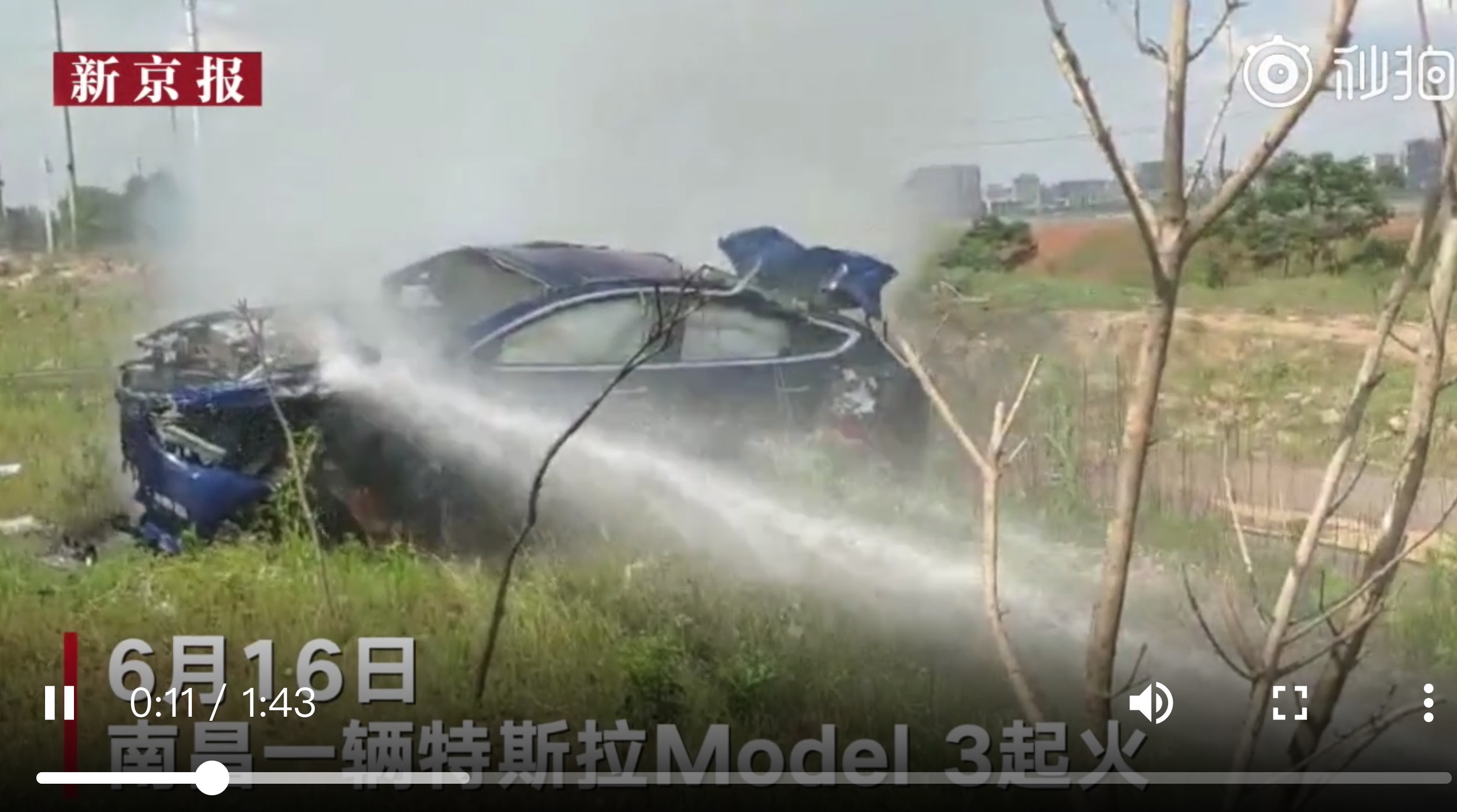 From the video, the owner of the Tesla car tried to straighten the direction of the front of the car, almost collided with the oncoming car.

Later Tesla customer service staff said there is no brake record in the background, and Mr. Chen denied this. At present the government departments have been involved in the investigation.