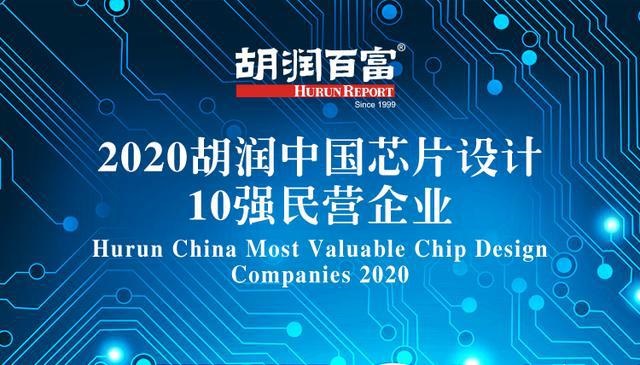 Will Semiconductor, Goodix Technology, and GigaDevice Semiconductor are the top three most valuable chip design companies in China, according to a report released today by Hurun Research Institute.

Market capitalization of listed companies is based on closing prices as of May 31, 2020, and unlisted companies are valued by reference to the published, latest round of Financing Valuation. This is the first time the Hurun Research Institute has published the list.

Goodix Technology, the world's No. 1 supplier of fingerprint recognition chips for Android phones, ranked second with a value of CNY 99 billion. 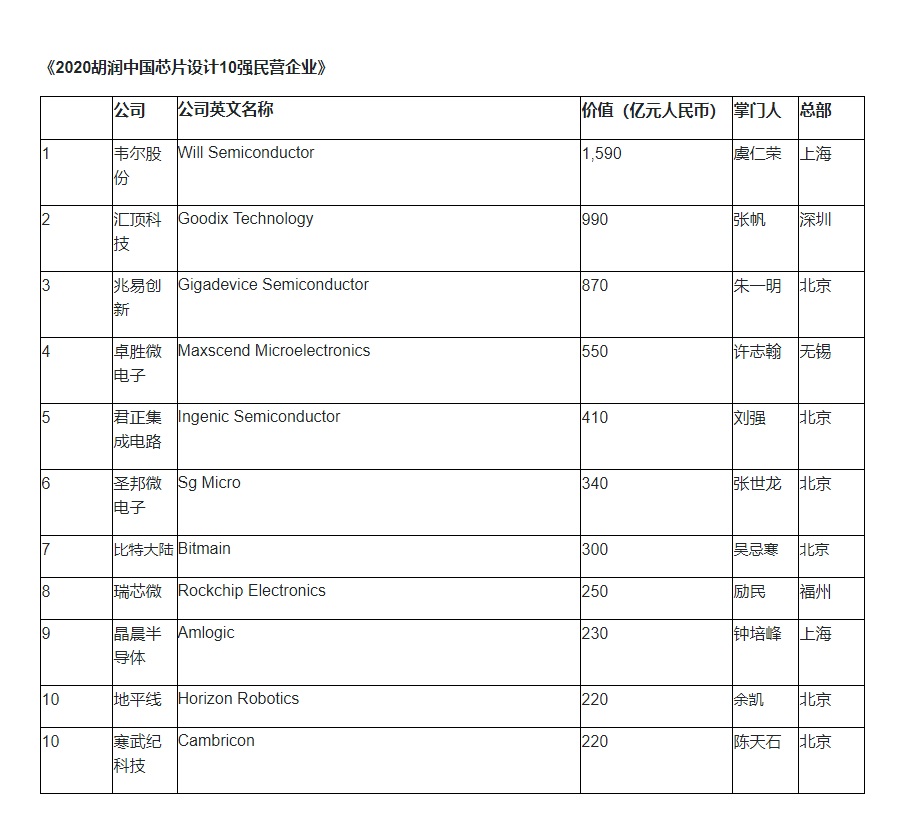 The companies on the list of chip design as the main business, so Baidu, Ali, Tencent, etc. are not on the list, and does not include the subsidiaries of large companies, such as Huawei Holdings HiSilicon.

Hurun said: "The chip design industry has been developing super fast in the past five years, and five years ago, only Junzheng was on the list of top 10 companies. A listed IC company with a market capitalization of 9 billion RMB. Today, Ingenic Semiconduct is up more than four times the total market capitalization of the companies on the Top 10 list It has reached 600 billion."

Almost all of the top ten companies operate on a fabless model, where the company engages only in R&D and sales, while delegating wafer fabrication, packaging and testing processes to specialized manufacturers.

"The chip company with the highest U.S. market capitalization is Intel, with a market cap of 1,890 billion yuan, followed by NVIDIA, with a market cap of 15.5 billion yuan, 40 billion RMB, ten times more than Will Semiconductor. China's chip companies still have a lot of room for growth in the 5G era, especially as the US-China trade war highlights the importance of the chip industry's development Meaning."