Google has delayed its Android 11 beta release event, which was scheduled for this week, but the company has unexpectedly pushed the update forward to a handful of devices.

A handful of users have received the Android 11 Beta update on their Pixel 4 XL phones with an update size of 736MB and a version number of RPB1.200504.018. This update coincided with the release of the Android 10 security patch in June.

After the update, here are some of the new features currently found. 4. developer option to move the media control to Quick Setup. 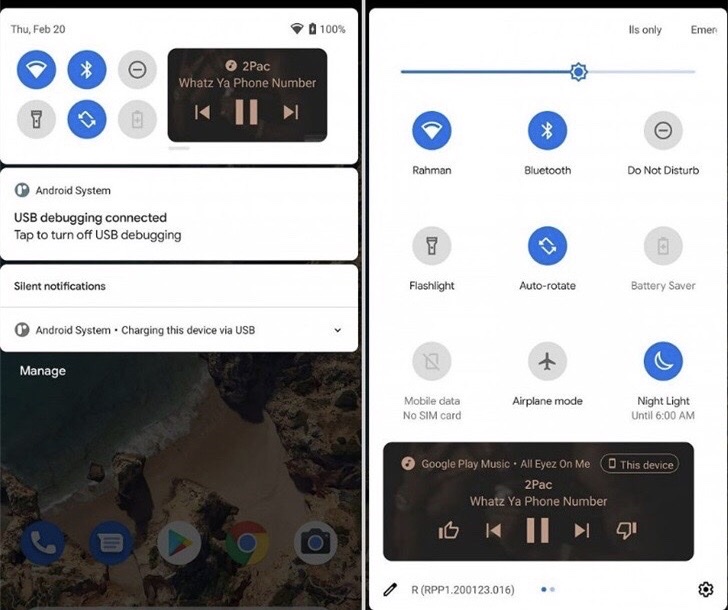