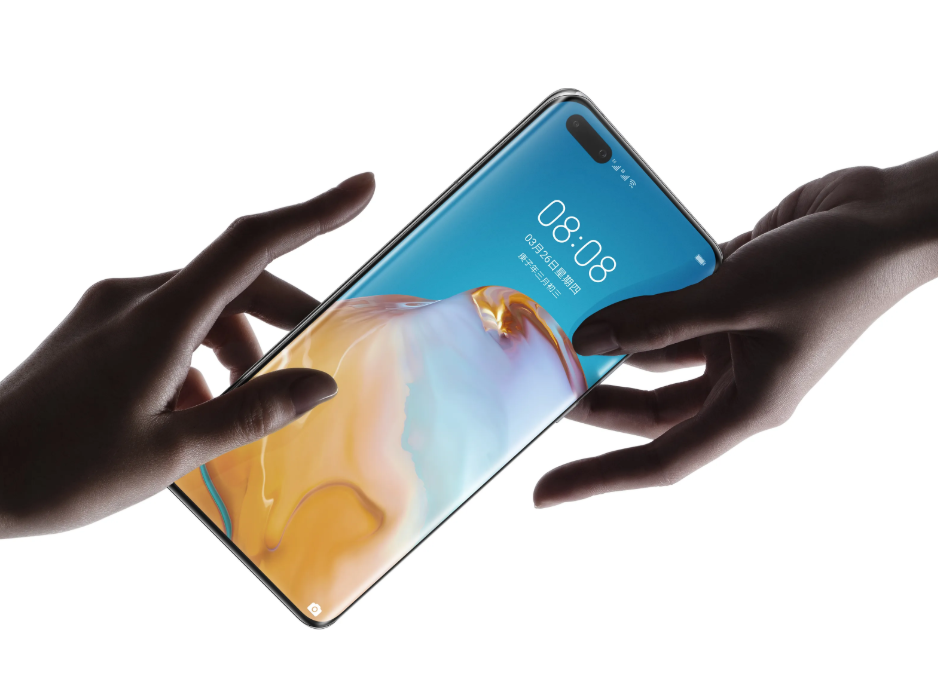 A total of 299 million smartphones were shipped worldwide in the first quarter of 2020, down 20.2% year-on-year, according to market research firm Gartner.

The global smartphone market has experienced its worst-ever decline due to a new coronavirus outbreak, including Apple and most Chinese handset makers that have been hit hard by temporary factory closures, Gartner said. 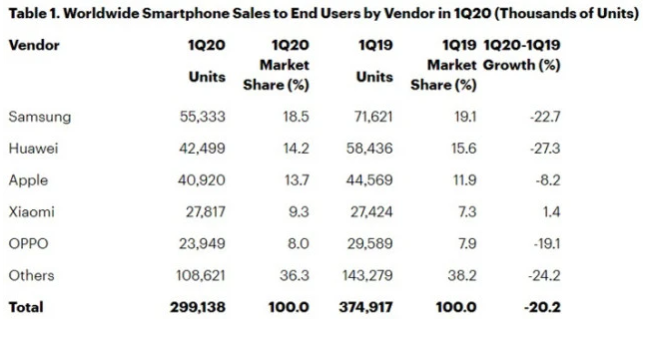 Samsung, Huawei, Apple, Xiaomi and OPPO were the top five mobile phone brands in terms of global market share in the first quarter, with the exception of Xiaomi, which grew 1.4 percent, the other four saw year-on-year declines in sales, with Huawei slipping up to 27.3 percent.

Gartner mentioned that Apple could have broken iPhone sales records in the first quarter of 2020 if the outbreak hadn't occurred, but the reality is that capacity stops in the supply chain and a drop in consumer spending stopped that trend in February.

The good thing is that Apple has played some positive roles through the online channel and after production recovered at the end of March.

However, Xiaomi is growing rapidly in overseas markets such as Western Europe, according to Canalys, Xiaomi smartphone shipments in the first quarter increased 79.3 percent year-on-year in Western Europe.

According to Canalys statistics, in the first quarter, Xiaomi's global smartphone shipments rose to 11.1 percent of the market share, one of only two of the world's top five mobile phone manufacturers whose shipments have maintained growth.