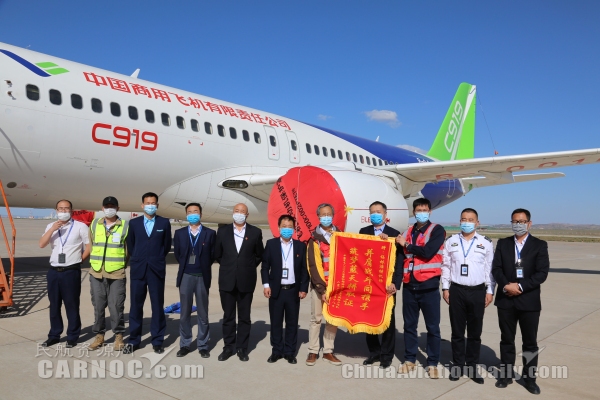 The C919, made by the Commercial Aircraft Corporation of China (Comac), completed a ground sidewind test and left Xilinhot Airport for a second transit on On 24 May.

When a jet aircraft is in the ground take-off phase or in the air approach landing phase, strong side winds can have a significant impact not only on the handling quality of the aircraft itself, but also on the working condition of the engines, which in severe cases can cause engine sputtering or even stalling.

The C919 aircraft has been transferred to Xilinhot Airport since April 23, and as of May 20, Comac has completed all 76 side-wind test points, involving three systems: engine, APU, air conditioning, including engine air intake compatibility, APU air intake system and other six MOC5 tests.

Due to its location on the Mongolian Plateau, the frequent windy spring weather, and the airport's comprehensive security capabilities, Comac finally decided to select Xilinhot Airport as a test airport for high side wind performance. 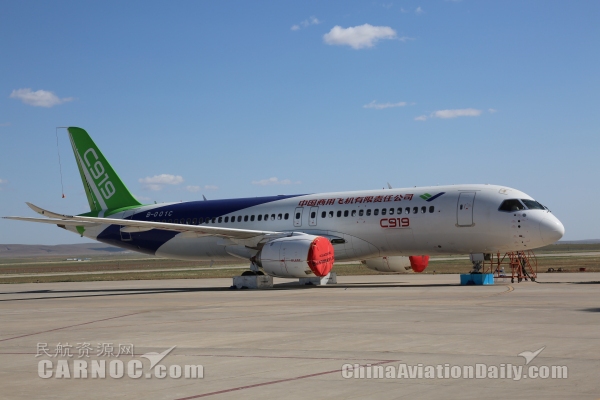 In 2017, Comac hosted the successful side-wind ground test of the ARJ21-700 regional airliner at Xilinhot Airport.

COMAC's C919 aircraft will also undergo a number of new test flights. Industry insiders say that since this is China's first commercial aircraft, the C919 has been undergoing various "surgeries" over the years to achieve greater safety and reliability.

According to previous reports, COMAC will deliver its first C919 single-aisle aircraft in 2021. In other words, after 2021 we'll have the option to fly in our own big domestic aircraft when we travel.