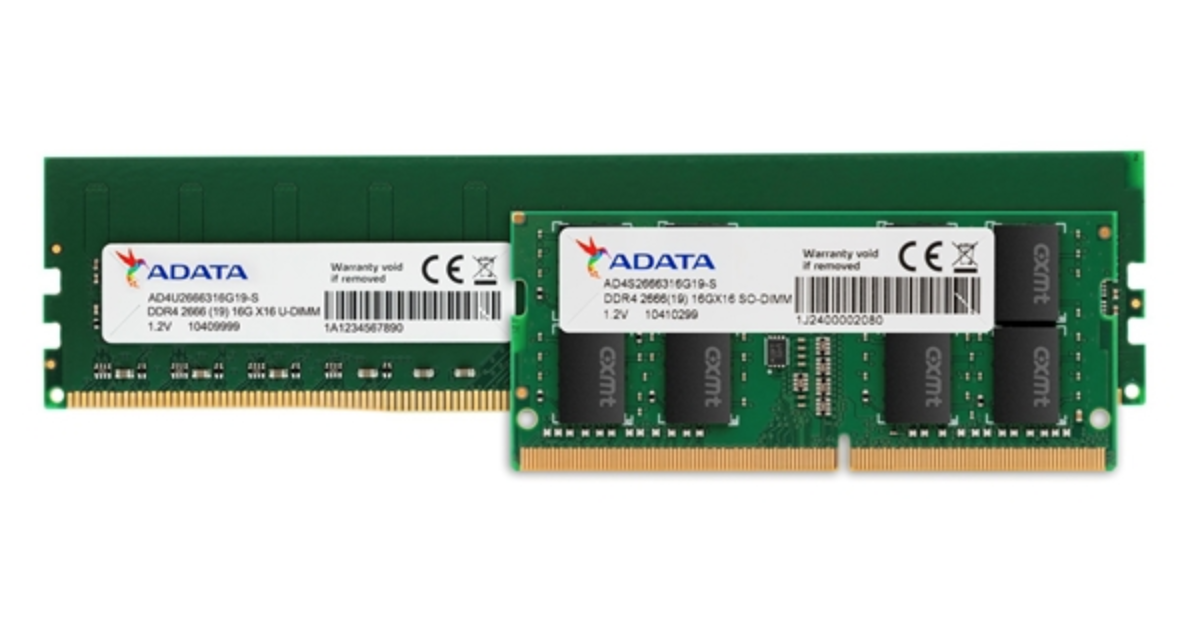 ADATA Technology, the world's second largest vendor of memory modules, today announced that it will use ChangXin Memory's high-quality, high-performance memory chips, including desktop-level U-DIMMs and notebook-level SO-DIMMs, in the Chinese market.

They will be paired with ADATA Technology's stringent compatibility testing standards and will be perfectly compatible with a wide range of desktops and notebooks on the market today.

ADATA Technology will also continue to launch a variety of Chinese-made chips for gaming, overclocking, and the industry, to fully meet the needs of mainstream users, gaming players, overclockers, and professional users.

According to ADATA Technology, ChangXin Memory's 8Gb DDR4 memory chips have been optimized for the 10nm process, and the process has reached the international mainstream level and complies with JEDEC design and production specifications and RoHS environmental standards.

ADATA Technology has conducted a series of compatibility tests on the ChangXin Memory chip. Whether it is Intel, AMD's mainstream or the latest platform, whether it is a single-channel or dual-channel mode, it has passed all the tests successfully and the memory chip has been carefully screened with the expected overclocking potential.

With ADATA Technology's long history in the domestic storage market, good relationships with upstream and downstream partners, and channel marketing resources, ChangXin Memory can rely on such a big tree, the future is bright.

This is also the first time that DDR4 memory is truly domestic and is manufactured using China's first generation 10nm process.