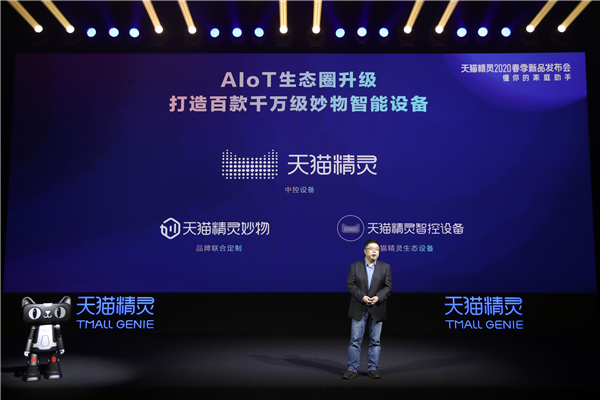 On May 20, Tmall Genie hosted this year's spring launch. At the press conference, Ali announced that he will invest 10 billion yuan this year, around Tmall Genie comprehensive layout AIoT and content ecology field.

This is another big move by Alibaba to raise the bar for the AioT track, following the upgrade of Tmall Genie to an independent division in January this year.

Tmall Genie has also announced a tie-in with Alipay Eco, which will provide seamless access to over 1.7 million Alipay applets.

"After three years of accumulation, we have entered the lives of more than 20 million Chinese families, accompanying many people." According to Ku Wei, Tmall Genie now has more than 272 million connected smart devices.

"Smart homes aren't simply about connecting appliances to the Internet, and together with our partners we have incubated many smart 'new species'. Currently on our platform, users can choose from more than 80 categories of smart devices, more than 5,000 different models, more than 1,100 brands, it can be said that we have become the largest 'incubator' of smart new products in China."