Recently, China-made CPUs and China-made operating systems have received a lot of attention, and OS alone has been integrated and reorganized many times.

Among them, ArcherMind Technology and Union Tech, a joint venture of Deepin, launched the UOS operating system, which is regarded as the hope of China-made OS. 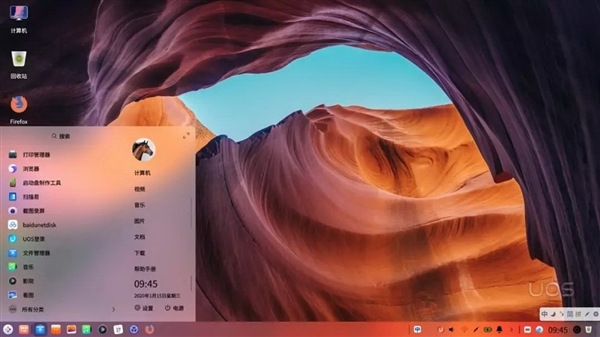 At the beginning of this year, Union Tech officially released UOS v20, a Linux-based operating system.

It is a revamped system based on Linux. It has a good interface and features, and also accelerates the adaptation with domestic and foreign hardware and software manufacturers.

Of course, compared with Microsoft's Windows system, China-made OS is still very weak in the software and hardware support ecosystem, which is also a common problem of most Linux systems, this process is not a short time to build.

So when will China-made OS reach the international advanced level, or even overtake Windows, Mac OS, and other systems in a curve? Liu Wenhuan, General Manager of UOS developer Union Tech, gave his opinion on the development of China-made OS.

For China, even if there is a possibility of overtaking a car on a near road if our industry, team, and technology accumulation do not reach that level.

Then, the emergence of this road is not for us to go, because, on this road, we have no good drivers and no technologically advanced cars.

Liu Wenhuan mentioned that for a good operating system, everyone should have a longer period of mental preparation, to really compete with foreign operating systems, it takes at least 3, 5 or even 10 years.

"So I think it's more important to be down-to-earth and do your own products and do your own things, rather than stopping at lip service because the final market still depends on product quality and serviceability," he said.