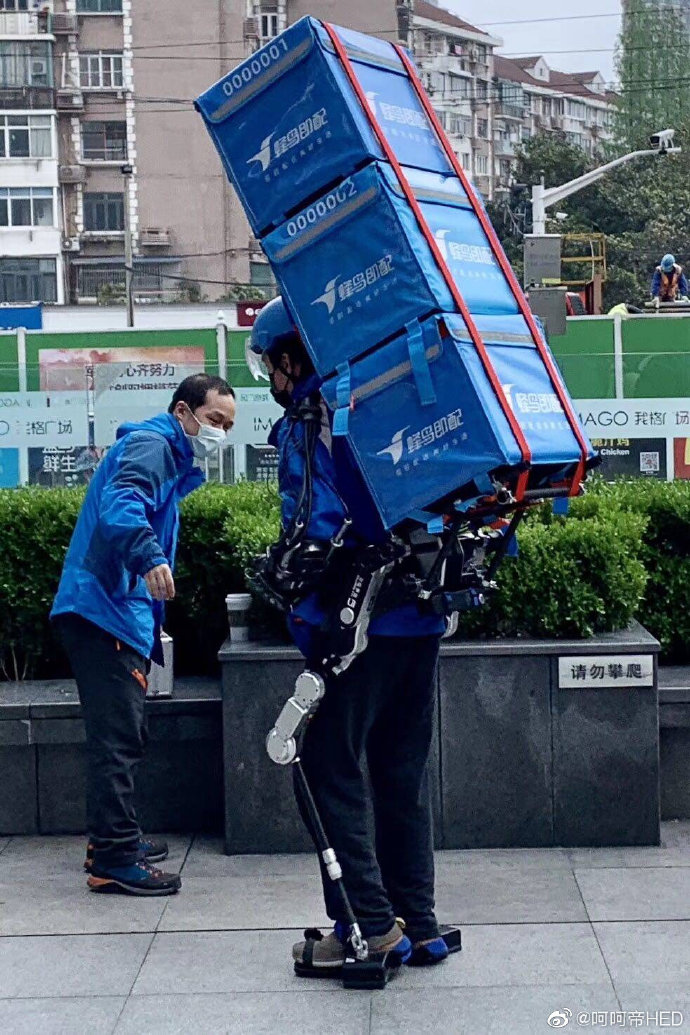 The video shows that the takeaway is from Hummingbird distribution, China's online food delivery platform Eleme's instant delivery arm. He is wearing an exoskeleton robot and carries three take-out bags on his body, which is three times that of an average delivery man.

The delivery method was made possible by Shanghai-based ULS Robotics, a tech firm focusing on exoskeleton technology.

Eleme said on Weibo that this future takeaway delivery method is not yet mature and is still in the exploration stage. The company expressed its thanks to ULS Robotics for technical support.

ULS Robotics also responded on Weibo that this device is its HEMS-GS Heavy Lower Limb Exoskeleton Robot, which is a test for special catering takeaways with Eleme. In particular, the robot is especially useful in older communities that do not have elevators and non-battery delivery areas.

ULS Robotics said that the product is still in the pilot test phrase. If it is officially put into use, the takeaway rider can carry a 50-kg of food like carrying a laptop and can easily walk.

The person in charge of Eleme's innovation business said that this shot was taken at Woge Plaza near Wuning Road in Shanghai. At present, the cost of this Exoskeleton Robot is relatively high, and there are still many functions that need further testing, so it will not be fully used for the time being.