Global PC shipments in Q1 fell by 8%, the largest decline since Q1 in 2016, according to a report released by the well-known market research agency Canalys.

Although the demand for PCs for remote work and learning under the new coronavirus epidemic has greatly increased, production and logistics problems have caused global PC shipments to decline. 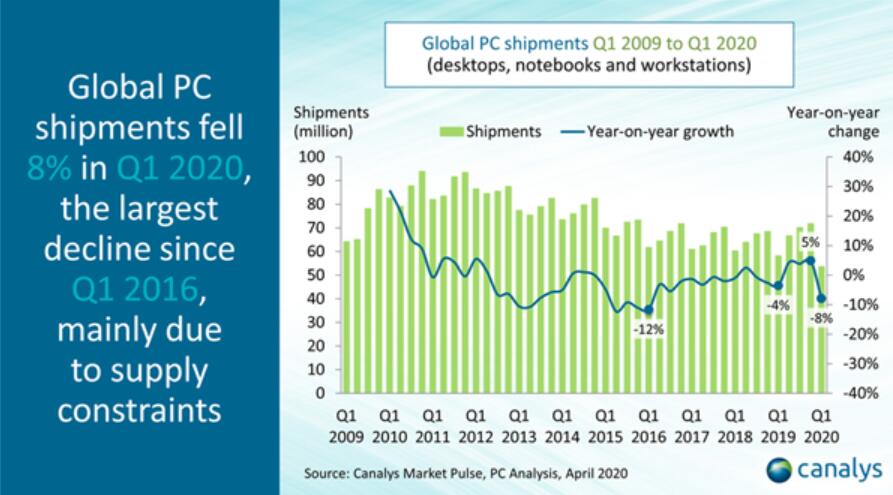 The report shows that in the first quarter, global PC manufacturers shipped a total of 53.7 million notebooks, desktops and workstations. Except for Dell's slight increase of 1.1%, almost all manufacturers have experienced a decline. 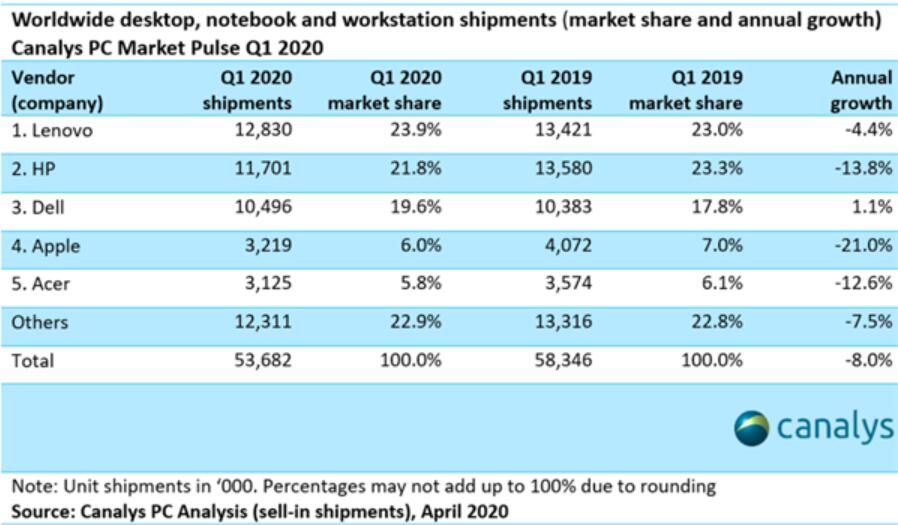 Canalys research director Rushanh Doshi said that the global outbreak of new coronavirus pneumonia is actually promoting the development of the PC industry, but due to insufficient transition to the 10nm node, PC manufacturers faced tight supply constraints of Intel processors in early 2020.

When the Chinese factory cannot reopen after the Lunar New Year holiday, the situation worsens. Equipment cost is no longer the main reason, and the speed of supply has become the most important factor.

Canalys analyst Ishan Dutt said that in the second quarter of the schedule, China's production restrictions have been eased, but the surge in PC demand in the first quarter is unlikely to continue, and it seems not optimistic in the second half of this year.