In 2019, China overtook the United States to have the largest number of international patent filings, a report released today by the World Intellectual Property Organization (WIPO) showed.

In addition to patents, WIPO received 64,400 international trademark applications and 21,807 industrial design applications in 2019, up 5.7% and 10.4% respectively.

The United States is well known in the field of science and technology, so since the WIPO Patent Cooperation Treaty was launched in 1978, the United States has been the world’s largest international patent applicant for more than 40 years and was surpassed by China in 2019. 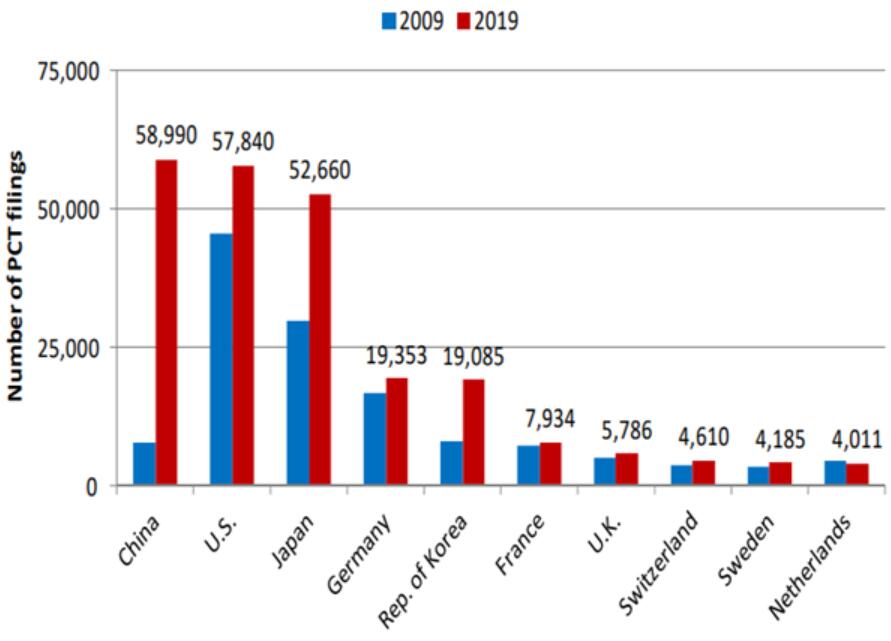 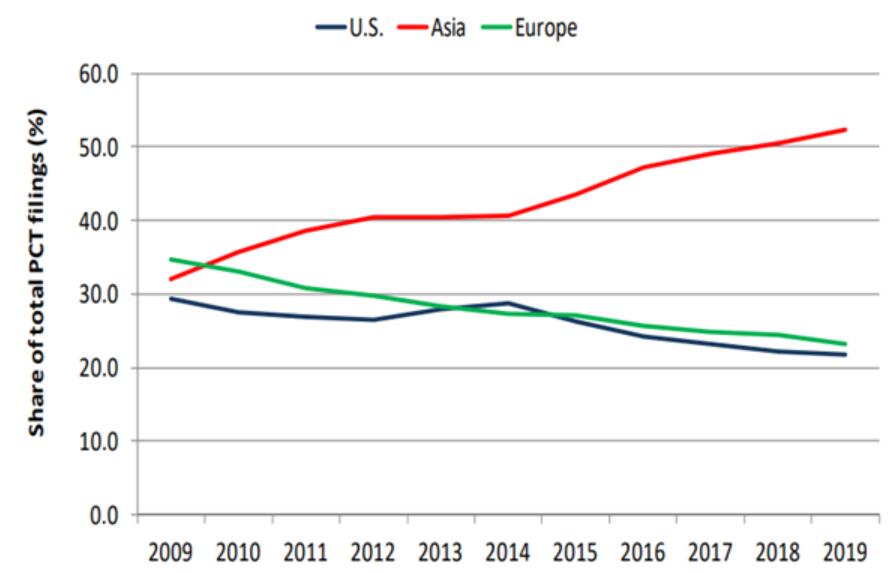 He said that China has surpassed the United States to become the number one international patent application, which means that the global innovation landscape is shifting to the East. At present, the number of applications from Asian countries has exceeded the international Half of the total.