OPPO holds app development contest for its watch with 700,000 yuan in prize money 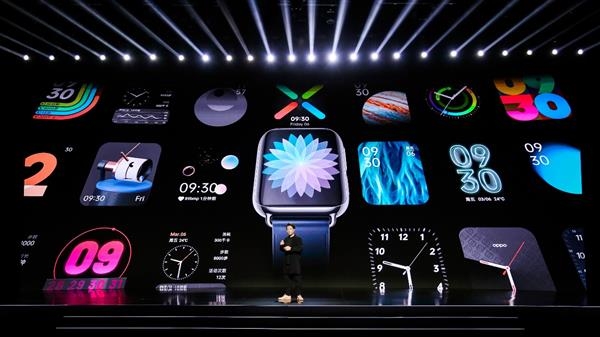 The OPPO Watch is very feature-rich and supports eSIM calls, can also be used to listen to songs, swipe the bus, ride the subway and shop, and has a wealth of health monitoring features.

It has 5 built-in sensors, 8 movement modes, and can also monitor sleep quality.

The OPPO Watch is able to do this thanks to the Android-based ColorOS Watch system, which provides a built-in APP+ software store for online download, such as QQ, Alipay, Xufei input method, and Goo Dong, to meet users' needs for socializing, entertainment and more.

Despite the fact that OPPO has shown off numerous apps on the ColorOS Watch system at previous launches, it wasn't enough.

Brian Shen, OPPO's vice president and president of global marketing, said OPPO made the ColorOS Watch system to fit a variety of Android apps. It is understood that the OPPO Watch is also currently pushing for the introduction of more third-party apps.

In short, OPPO's attitude is very clear, people pick up the fire, to build a more perfect application ecosystem still needs the participation of developers.

As a rising star in the smartwatch industry, OPPO also knows that ecology is king and in order to expand the ecology of smartwatches, they launched the OPPO Watch App Development Contest.

In order to enrich OPPO Watch's app selection and create a diverse app ecosystem, OPPO will use this contest to solicit original software entries from developers worldwide. 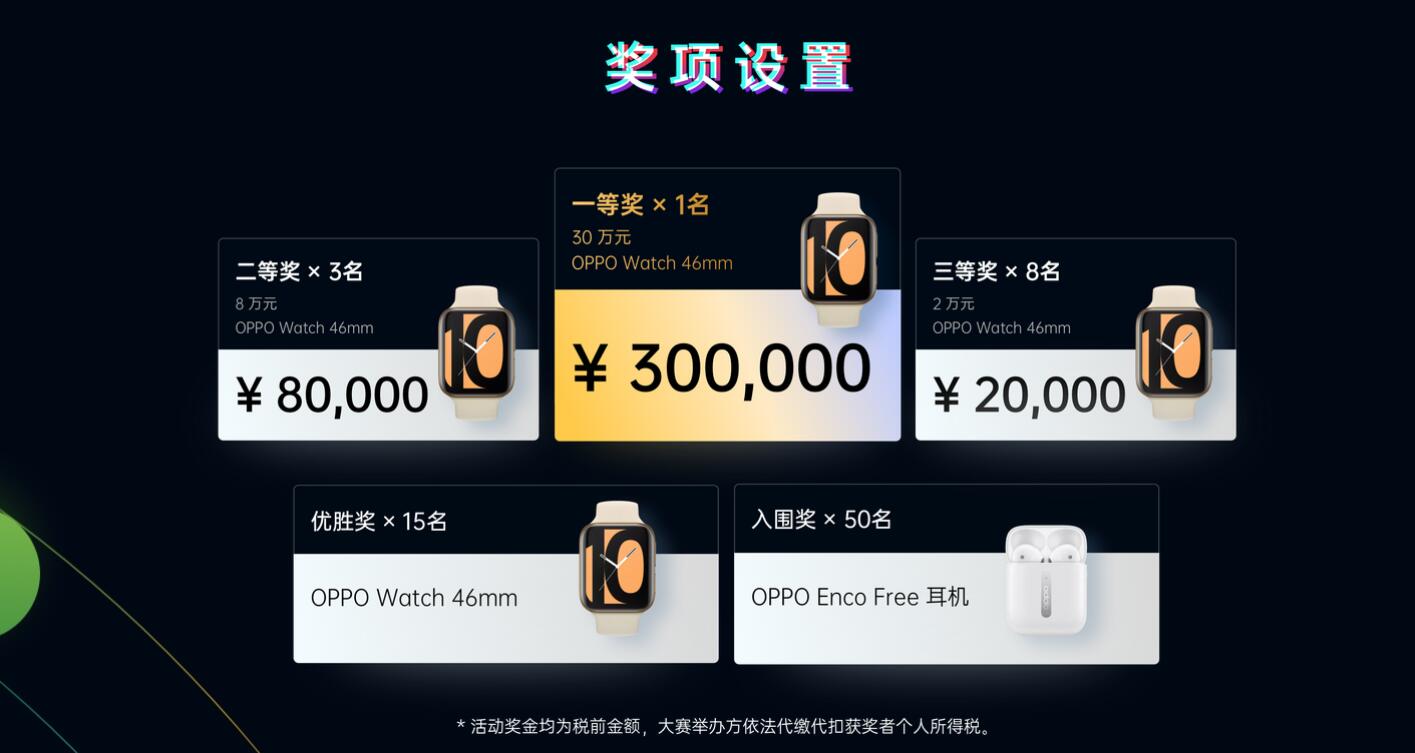 Once selected, OPPO issued a reward that is also worth a lot, this development contest set up multiple awards, including the first prize of 1, a prize of 300,000 yuan, plus the OPPO Watch 46mm watch 1.

In addition to the first, second and third prizes, the contest also has 15 winners and 50 finalists, respectively, for the OPPO Watch 46mm watch, OPPO Enco Free headphones and other prizes, it can be said that as long as the finalists can be selected, the participants will not return empty-handed.

The OPPO Watch App development competition was supported by many OPPO partners, including fast technology and other heavyweight media and giants such as Qualcomm, to provide readers and developers with the latest news and professional technical support.

The development competition will officially begin on 31 March, with the following process.

3.31-5.31: Call for original software suitable for sports in the OPPO Watch series

5.31-6.7: The jury panel selects the entries that pass the preliminary competition, and the finalists are announced on June 8.

3. Second round of software uploads

6.8-6.25: Shortlisted authors refine their work and finalize the second round of uploads

4、Review of the competition software

6.30 Official announcement of the results of the competition

The OPPO Watch APP competition will be scored based on the entries submitted by the developers, which will mainly assess the four major aspects of creativity, technology, experience and quality.

A good app has to take into account many aspects of the experience, so the requirements for developers in this development competition are still quite high, and this is also to promote the birth of a better domestic excellent app.