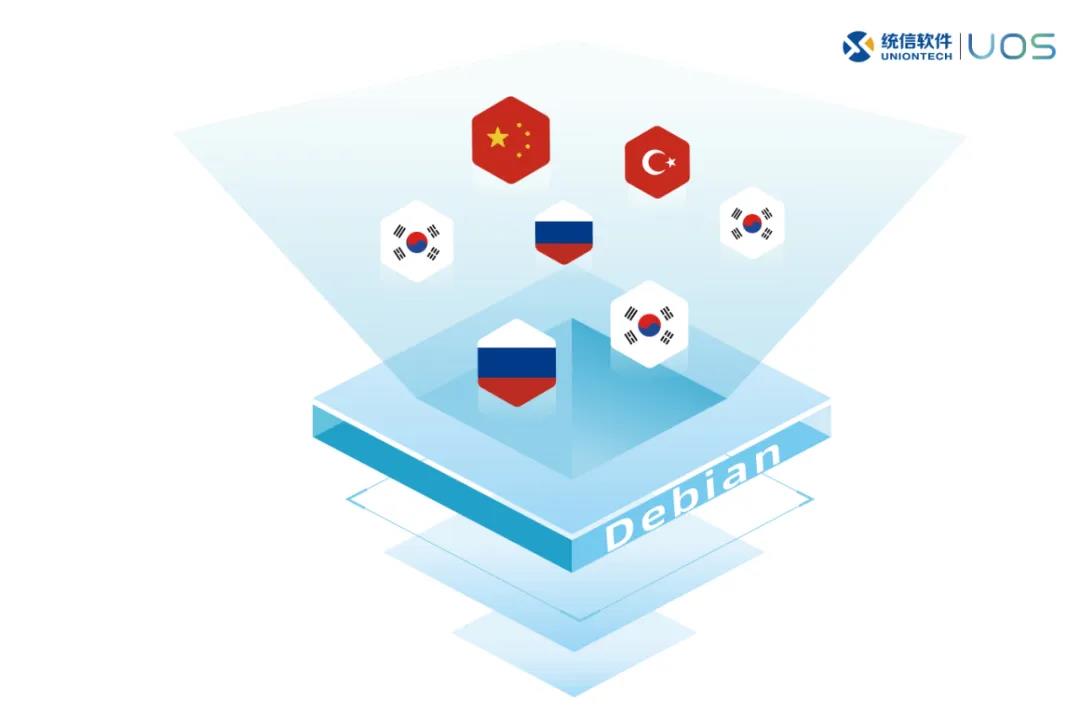 UOS uses the Deepin operating system developed by the Chinese team, supports 33 languages, and has been downloaded more than 80 million times. Volunteers have established more than one hundred mirror sites around the world for them.

Union Tech pointed out that during the discussion, everyone found that operating systems in various countries have chosen Debian as the base version for development.

The reason is that Debian belongs to the open-source community and is open, transparent and borderless. "After weeks of discussion and communication, Union Tech has reached consensus with teams from multiple countries to develop an operating system based on the Linux open-source community."

UOS is a Linux kernel-based operating system developed by Chinese technology company Union Tech. It has a desktop version and a server version. It supports laptops, desktops, and all-in-ones and servers that use CPUs including Loongson, Feiteng, Zhaoxin, Haiguang and Kunpeng. And workstations.

UOS includes an original and exclusive desktop environment and nearly several original applications, as well as several native application software from the open-source community, which can meet users' daily office and entertainment needs.

If UOS is based on Deepin, how UOS is receiving its Service Pack if Deepin 20 isen't lunched yet??
Doesn't make sense.