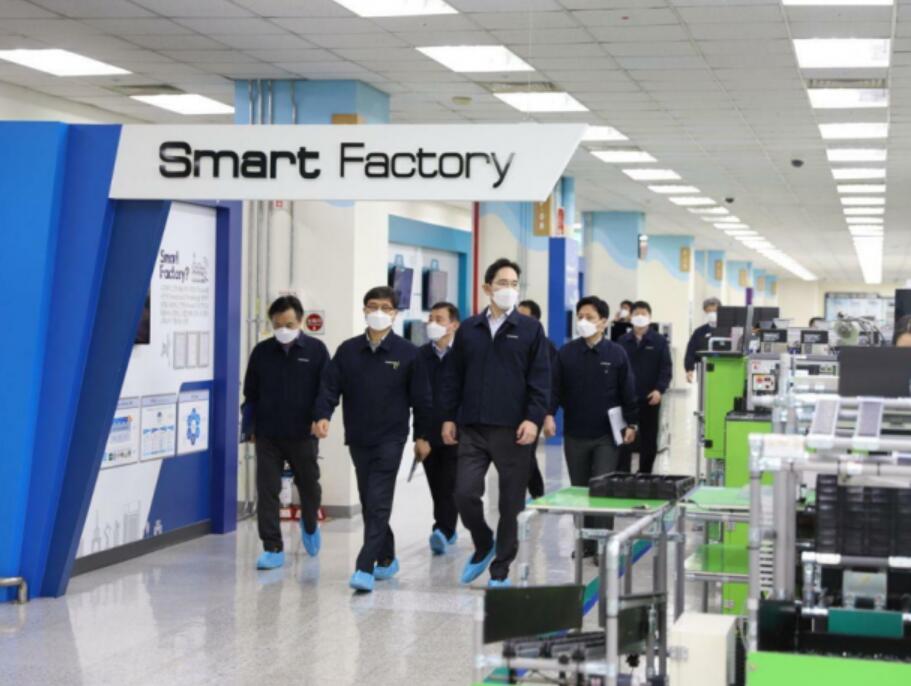 "In the area of liquid crystal display (LCD), Samsung and LG Display have been crushed by China's low-price offensive." South Korea's Joongang Ilbo wrote in a report last September.

Now, the new coronavirus epidemic has accelerated the failure of Samsung and LG.

Unlike the original vague exit plan, Samsung has moved its schedule forward to this year this time around.

The reason, in addition to the epidemic, further led to a decline in panel demand, perhaps also from the Japanese Panasonic LCD exit when the "helplessness" to find the answer: with Chinese manufacturers to intensify competition leading to deterioration in profitability, Japanese enterprises believe that it is difficult to continue.

Chinese manufacturers will account for more than 60% of the production area of the global 7-generation LCD production line.

Advance to the end of the year

March 31, according to the Yonhap news agency, Samsung Display said the same day that the company will stop all LCD panel production next year to accelerate the shift to the QD display business (quantum dot OLED). The company has informed employees and suppliers about the plans, and employees from its LCD division will be transferred to other business units, while LCD products ordered by customers this year will be delivered on schedule.

According to reports, Samsung Electronics Vice President Li made the above decision after a recent inspection of the Samsung display factory in Rong.

On the same day, Choi Joo-sun, business director of Samsung Display's large business division, sent a letter to all customers saying that the company had made significant changes in its business strategy.

Because of the severe downturn in the LCD market in recent years, the operation of large business units has generated large deficits, in order to get out of the current business crisis and to improve the competitiveness of large businesses, Samsung officially began investment in QD display in October last year.

It is worth mentioning that the observer network reported last August, due to the market supply exceeds demand, Samsung intends to let half of the South Korean LCD panel factory shut down.

At the time, Samsung Displays said in a statement, "Due to oversupply and deteriorating profitability, Samsung Displays has been adjusting production and equipment operations. We are considering suspending the line but have not yet made a decision."

Korean media "Ebn" reported that Samsung this early shutdown will be the Korean production line of LCD production equipment for sale. When it closed its L7-1 production capacity in 2016 and part of its L8-1 production line in 2019, it sold some of its equipment to some manufacturers looking to quickly enter the LCD industry.

"However, in the current situation where the industry is under pressure to expand production, Samsung may also have difficulty finding a suitable buyer and choose to abandon it outright. The Suzhou plant is in better condition and may be sold to a Chinese company as a whole." The above report states.

In fact, back in September 2016, Samsung entered into a partnership with TCL on the 11th generation of LCD monitors. Samsung Display has invested 9.8 percent of its shares in the 11th-generation panel manufacturing corporation set up by CSOT.

Therefore, there is also the view that even if Samsung's own LCD panel production capacity cuts, others can also be to CSOT and other Chinese panel manufacturers to buy TV LCD panels.

It is worth noting that back in October last year, Samsung Display had announced that the company had decided to shut down some of its LCD panel production lines in South Korea due to declining market demand for LCDs and oversupply.

And in January this year, another Korean display company LG Display (LGD) company president Jung Ho-ryong in a media interview has revealed that it will be closed by the end of this year, located in South Korea for the production of LCD TV LCD panel factory.

To this point, the two Korean panel enterprises will withdraw from the LCD field of competition.

The arrival of the "Chinese era"

According to a report by CINNO Research, the price of large-size LCD panels has been trending upwards for several months between late 2019 and February 2020.

And after 2020, the early outbreak of the epidemic in China and South Korea, the industry was worried that the supply of LCD displays concentrated in the two countries was seriously affected, so the downstream began the stockpiling mode.

However, the development of the global epidemic has forced supply chains to make the most rapid response decisions. After entering March, the epidemic in mainland China is gradually controlled, actively resume production, South Korea has also taken very strict preventive and control measures, panel supply has not been greatly affected.

However, the number of infected countries around the world has increased dramatically, especially in Europe and the United States, the epidemic has rapidly deteriorated beyond expectations, leading to the cancellation of many international events and exhibitions, many countries began to close international airlines, international trade exchanges are hampered, seriously affecting the supply side and demand side.

Samsung may have decided to close LCD capacity early because of this concern.

The report pointed out that Samsung shut down the factory in advance, meaning that the global large-size LCD panel will accelerate the competition from Central and South Korea to the Chinese mainland a dominant situation.

South Korea Semiconductor Display Association in March predictions show that in 2023 the global panel market, the market share of Chinese enterprises will reach 58%, including LCD panels will enter the "China era".

It also predicts that by 2022 China will also set up 19 large panel factories with 8-10.5 generation lines.

The research institution IHS Markit March 24, the latest report shows that with the start of the fourth quarter of 2019, South Korea, Taiwan manufacturers significantly reduce the crop turnover or shut down part of the production capacity, the mainland Chinese manufacturers of large size LCD panel shipment area share further increased.

Data show that in February, BOE, CSOT, respectively, to 20.8% and 16.1% of the total area share of shipments, occupying the top two global panel manufacturers large size area shipments; CLP Panda, Huike and Rainbow Optoelectronics is the 7th, 8th and 9th. 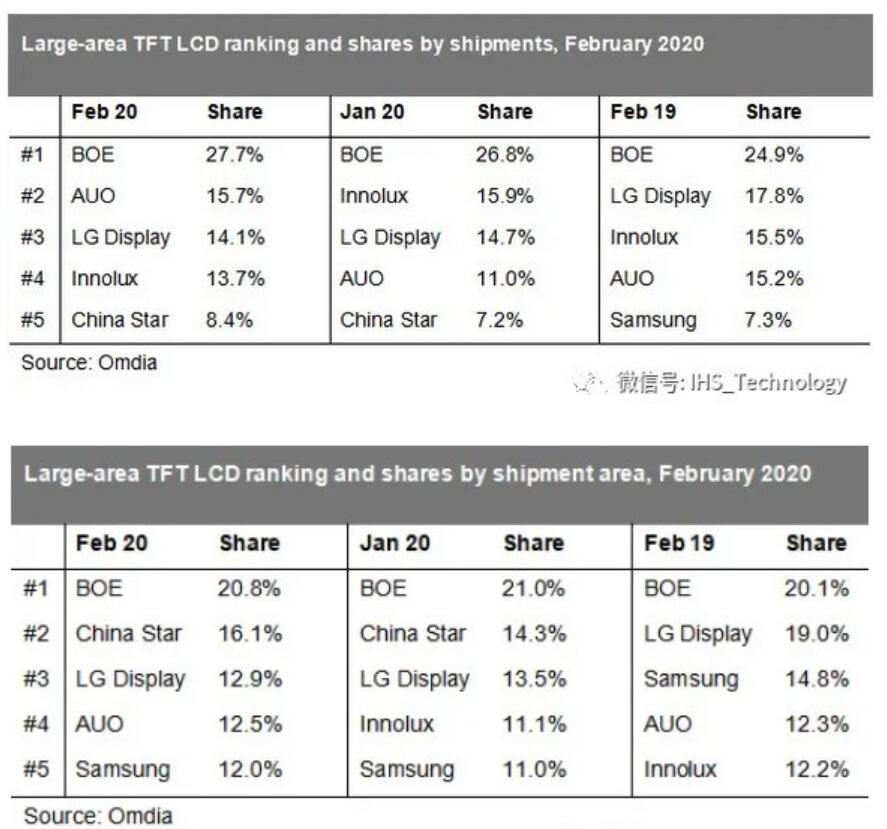