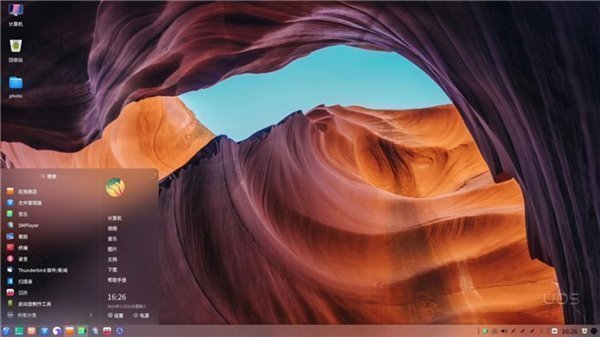 Starting March 28, the Unity Operating System (UOS) has been updated to V20 Service Pack 1 (SP1) for each CPU architecture it supports. The update details has not been announced for the time being, but it is expected to be mainly bug repairs.

Users need to re-register after the upgrade. The trial period has been extended for 90 days. Previously, UOS V20 could only be used in April.

In addition, there is a regret mechanism when UOS V20 SP1 is upgraded. In case of any problems after the upgrade, or if you do not like the new SP1, you can choose to return to UOS V20 when booting.

UOS is a Linux kernel-based operating system developed by Chinese technology company Union Tech. It has a desktop version and a server version. It supports laptops, desktops, and all-in-ones and servers that use CPUs including Loongson, Feiteng, Zhaoxin, Haiguang and Kunpeng. And workstations.

Based on the desktop version, the UOS server version provides standardized service, virtualization, and cloud computing support to the user's business platform, as well as highly available and distributed support that meets future business expansion and disaster recovery requirements.

If UOS is based on Deepin, how UOS is receiving its Service Pack if Deepin 20 isen't lunched yet??
Doesn't make sense.