Oppo phone with 40w wireless charging will debuts this year

In 2020, the wireless charging function has almost become the standard configuration of flagship mobile phones, but from the perspective of the overall market share, the penetration rate of wireless charging is still low.

This is mainly due to immature factors such as cost and experience.  However, Zhang Jialiang, the chief scientist of OPPO VOOC flash charging, confirmed on Weibo that OPPO's 40W wireless charging is commercially available this year. 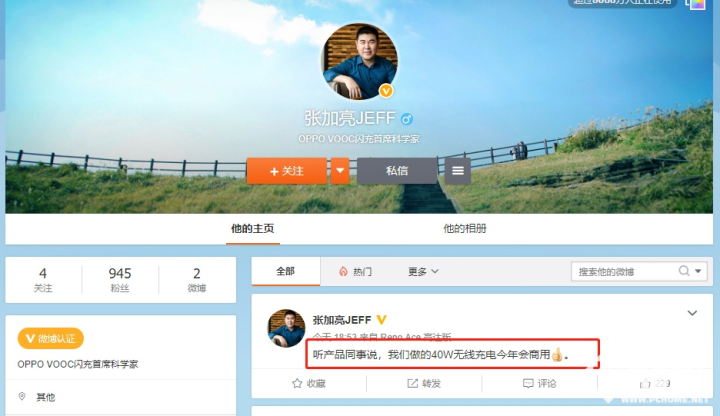 At the VOOC flash charging technology communication conference held in September 2019, OPPO has announced the wireless charging scheme. At that time, it was officially named VOOC wireless flash charging with a power of 30W.

At the press conference at the time, Zhang Jialiang revealed that 30W wireless VOOC flash charging will be applied to the product in the near future, but no product is equipped today.

What is the experience of 40W wireless flash charging if it is really commercial? In fact, Xiaomi has already shown it.  Although the technical route is not the same, the power is 40W, and the actual experience should not be much different.

If OPPO can achieve 40WVOOC super flash charging in one step and cooperate with wired VOOC flash charging, then the charging experience of OPPO mobile phones will be the most powerful in the industry as a whole.