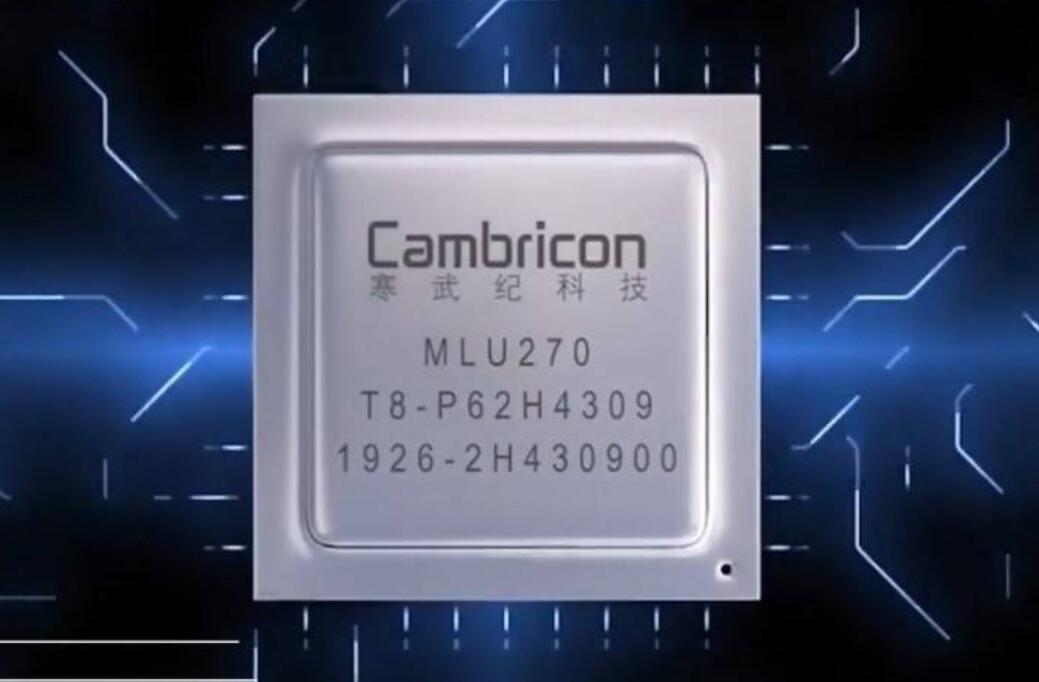 As one of China's most valuable AI chip start-ups, Cambricon Technologies is going public in China.

On the evening of March 26, the Shanghai Stock Exchange announced that it had accepted the listing application of Cambricon on the SSE Star Market and had posted the prospectus declaration form.

The IPO prospectus application draft shows that Cambricon intends to issue no more than 40.1 million shares, financing 2.801 billion yuan, and the sponsor is CITIC Securities.

The prospectus declaration draft finally allows the outside world to understand this AI unicorn through a series of data, which is the best response to Cambricon's query and an important basis for judging Cambricon's future.

Cambricon was incorporated in Beijing on April 20, 2016. It is one of the few companies in the world that can provide cloud-side integration, software and hardware collaboration, training and inference integration, a series of intelligent chip products and platform-based basic system software with a unified ecology.

In the year of its establishment, Cambricon launched the first intelligent processor IPCambricon1A. This IP was integrated into the Huawei Kirin 970 processor and carried on Huawei's flagship mobile phone Mate 10, which made Cambricon just established.

According to the details announced in the prospectus, Cambricon and company A (Huawei) signed four technology license contracts, the contract unit price ranged from 19 million to 28 million, and there is still a contract in the state of performance.

However, with the Kirin 990, Huawei's NPU no longer adopted Cambricon's IP and switched to self-research, which had a huge impact on Cambricon, and Cambricon's revenue data also reflected this situation.

In 2019, the year when Huawei's Kirin processor adopted the self-developed NPU, the revenue contributed by Company A to Cambricon decreased significantly to 63.65 million yuan, accounting for only 14.34% of the company's revenue for that year, ranking only among the top five customers of the company that year. Fourth place.

Losing Cambricon, a big customer of Huawei, can only quickly find new customers.

Cambricon clarified the layout of the end-cloud integration at its first press conference, and the development and commercialization of cloud products has been advancing.

The upcoming new product Siyuan 290 is also being tested in chip samples.

This early completion of the AI chip cloud-side layout allows Cambricon, which has lost major customers, not to be crushed, and its revenue will also change dramatically in 2019.

Therefore, it is seen that the largest contribution of Cambricon to Cambricon's revenue in 2019 is the intelligent computing platform (second phase) project of the Commercial Bureau of the Management Committee of Hengqin New District of Zhuhai.

The total contract price was as high as 440 million, and Cambricon generated 200 million revenue in 2019, which is more than the total revenue that Company A brought to Cambricon in 2017 and 2018.

From the use of CambriconSSE Star Market to raise funds, it can be seen that Cambricon will focus on cloud and edge AI chips in the future.

Cloud market is the key to success

Although Cambricon has gained more revenue in the cloud market, this market is currently monopolized by giants such as Intel and Nvidia.

It is easy to imagine how difficult it is to break the monopoly of the giants, but a breakthrough can get very high returns.

This also explains why Cambricon has always had revenue since its establishment and has continued to increase significantly. From 2017 to 2019, its main business income was RMB 77.947 million, RMB 11702.52 and RMB 44.906 million, respectively.

This situation is likely to continue, because for the cloud AI chip, the software and hardware ecology are very important, and the integration of the cloud side is also the future trend.

In addition to the design of the hardware system, Cambricon will continue to invest in the development of Cambricon Neuware, compilers, drivers, and so on.

Although Cambricon said that the self-developed basic system software platform Cambricon Neuware breaks the development barriers between cloud ends and combines the advantages of high performance, flexibility, and scalability, and only requires a simple migration to make the same artificial intelligence application Conveniently and efficiently run on the company's cloud-side serial chip / processor products.

However, the migration and the cost of the chip itself are very difficult. The cost-effectiveness of Cambricon's chip must be very attractive, and the software can reduce the development difficulty and cost to the greatest extent, so that it can attract potential customers, and the ecological construction is a long-term process. It is not immediately obvious in one or two years.

But Cambricon's business model may help. Cambricon said that the company has always adopted a direct sales model from 2017 to 2019, and has a dedicated sales team to conduct timely contact with customers.

This business model helps Cambricon to provide more cost-effective products, and to take advantage of its cloud-side, hardware and software advantages. Once a breakthrough is made in the cloud market and an ecosystem is established, Cambricon can gain a place in the AI chip market.

Future risks are as big as opportunities

Once Cambricon has a place in the cloud market, the future of Cambricon is very worth looking forward to.

In 2017, 2018, and 2019, Cambricon's comprehensive gross profit margins were 99.96%, 99.90%, and 68.19%, showing a downward trend, mainly due to the company's expansion of cloud smart chips and accelerator cards, and intelligent computing cluster system business in 2019. The gross profit margin of these two businesses is lower than the terminal intelligent processor IP.

Therefore, the edge and cloud AI chips can make Cambricon become the world's leading AI chip company, and may also overwhelm Cambricon, which shows that Cambricon's work focus from last year is important to it.

From the current situation, there is also reason to be optimistic about Cambricon's future.

Cambricon's CEO, Chen Tianshi, is a genius boy. He worked at the Institute of Computing Technology of the Chinese Academy of Sciences from July 2010 to September 2019 (handling leave and starting a business in April 2018). He has worked as an assistant researcher, associate researcher, master supervisor, researcher, and doctoral supervisor.

Cambricon's other core technical members also come from the University of Science and Technology of China and Tsinghua University, which guarantees the continuous iteration and update of the product.

In addition, under the background of vigorously developing the integrated circuit industry and AI in China, this chip independently developed by top technical talents trained by many domestic institutions can get more support.

It is worth mentioning that Cambricon's main products already have revenue from overseas in 2019.

In addition, Cambricon has won the favor of many capitals, including the important domestic AI company HKUST Xunfei and Alibaba Ventures.

For the chip industry, especially companies that develop AI cloud chips with the most advanced semiconductor manufacturing processes, they need continuous and greater funding support.

With the cooperation with Huawei, Cambricon Technology has attracted the attention of the outside world while its IP products have been recognized, and has been recognized by the capital.

However, it is difficult for the company to grow smoothly. Cambricon, which has lost major customers, will rapidly develop the edge and cloud markets in 2019 and perform well. This will help the outside world increase confidence in Cambricon.

Being able to list on the SSE Star Market is an opportunity of Cambricon's time.

As for whether it can eventually become a global leader in AI chips, Cambricon's performance in the edge and cloud AI chip markets is the focus of future attention.