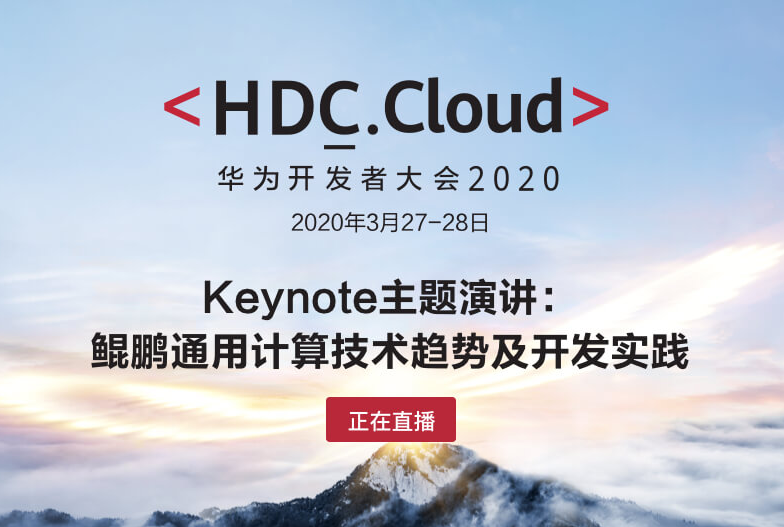 Huawei Developer Conference is being held online from March 27 to 28.

Hou Jinlong said that in 2020, Huawei will invest 200 million US dollars for commercial developers.

At the same time, Huawei announced that it has reached a strategic cooperation with Tencent Games. The two parties will set up a joint laboratory to carry out in-depth cooperation in cloud gaming and mobile cloud engines.

Hou Jinlong, president of Huawei Cloud & AI products and services, also revealed at the time that Huawei was preparing open source communities with companies such as Red Flag and Wuhan Shenzhidu.

The openEuler open source community has finanlly made public the source code, mirroring, and development testing environment in January, marking the first step in the open operation of the openEuler community.

As the project leader, Huawei said it will gradually open up its technology accumulation in the field of ICT basic software, and open source the basic platform capabilities in the operating system, compiler / JDK and other fields to the openEuler community.