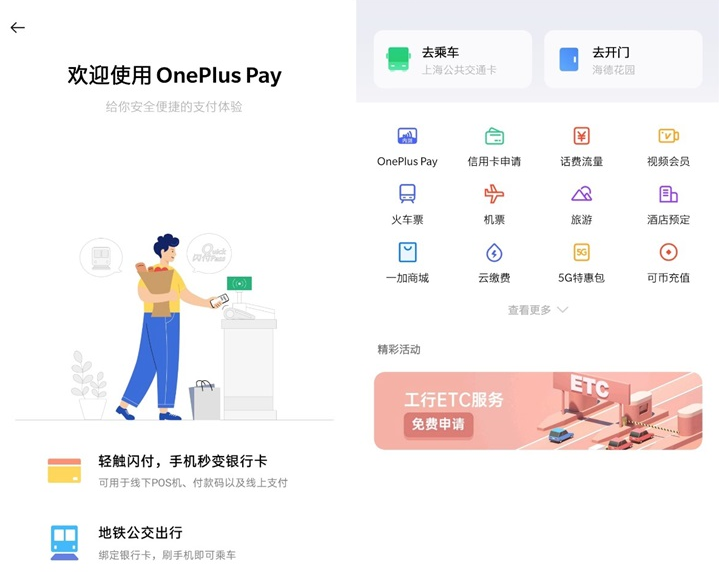 At the launch of the OnePlus 7T series of mobile phones on September 26 last year, OnePlus announced that it would launch the OnePlus Pay mobile payment system in 2020.

OnePlus said that OnePlus Pay is expected to be launched in the Chinese market first, and then to the major markets of OnePlus, including India and the United States.

OnePlus 7T Pro has added this new service to its "Wallet" App, but currently OnePlus has not officially announced this update.

OnePlus claims that the OnePlus Pay function is expected to be available in the OnePlus 7T series in March. Other models are still in the pipeline and will be gradually launched later.