Here are all we know about Huawei P40 series 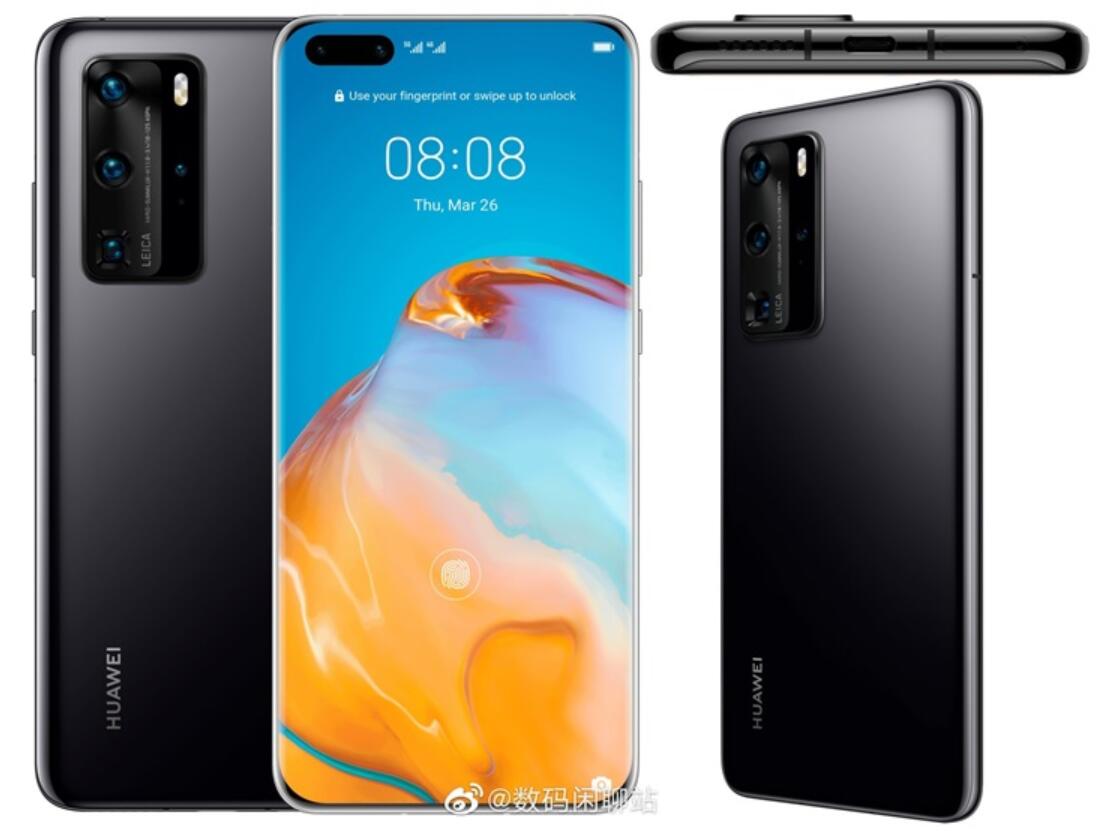 As the flagship of the first half of the year, Huawei P40 will hold an online conference on March 26. This new flagship of Huawei has once again become the focus of attention of consumers.

From the current information, the highlight of the Huawei P40 series is still an excellent camera experience. What other surprises will the P40 have?

Appearance: Round and simple

In addition to the standard and Pro versions, Huawei P40 series will also add an "Emperor Edition" model-P40 Pro Premium, which is expected to directly benchmark the Samsung S20 Ultra.

According to the latest renderings, the Huawei P40 Pro does adopt the rumored four-curved body design, and according to the publicity picture of Huawei Cyberverse's chief engineer Luo Wei who accidentally leaked on Weibo, it can basically be confirmed The P40 will use a digging screen design. The digging area is located in the upper left corner of the screen. Thanks to the curved surface of the surrounding frame, the front shape of the Huawei P40 Pro is also quite round, and it can be expected to bring a good feel.

On the back body, the Huawei P40 Pro is made of curved glass. The rear camera is arranged in a left-handed rectangular shape, which looks relatively simple and stylish. The color matching of the Huawei P40 Pro includes at least five types: green, black, gray, purple, and orange. .

It is worth noting that the highest positioning P40 Pro Premium will have a ceramic body version, providing two choices of bright white and black.

Screen: Fill up the short board, stunning Quartet

Recent generations of Huawei P series screens are slightly inferior to the outstanding performance of other parts, especially the current competitors have made a lot of screen display, with super high refresh rate, high resolution characteristics, 90Hz, 120Hz Even 144Hz is here. If the P40 series is not available, it will easily fall off the handle. But this time Huawei not only made up the short board, but also made it a long board.

More importantly, the refresh rate of the P40 Pro series has reached 120Hz, which is even more exciting. The screen parameters of the higher-spec PE version have not yet been exposed, but it should at least maintain the same specifications, but the screen size is more Bigger.

In the picture, you can also confirm that the P40 uses a front double-drilling design.

The P20 Pro established Huawei ’s mobile phone camera status, and then further consolidated its mobile image position in the P30 series. In the P40 series, especially in the P series, which is the main camera, what black technologies Huawei will bring to everyone ’s attention attention.

The three products of the P40 series all use matrix camera modules. The difference is mainly the number of cameras and the specific configuration.

After everyone used a customized outsole as the main camera, Huawei also used a killer this time. As the main camera, the IMX700 has a 1 / 1.28-inch super outsole, plus Huawei's unique RYYB pixel arrangement. At that time, the imaging effect in night scene is very worth looking forward to.

The official said in the trailer that "the P40 series will witness a new standard for mobile imaging", indicating that Huawei is confident in the image of the P40 Pro. External news shows that Huawei P40 Pro scored more than 130 points in the DxO score, and the camera strength will hit the industry first.

At the same time, the IMX700 sensor will support 16-in-1 technology. With a unit pixel of 1.22 microns, the maximum single pixel size can be combined to 4.48 microns. A larger single-pixel size will bring more light sensitivity, and the night shooting performance of the P40 Pro Premium will be more powerful.

The periscope camera supports up to 10x optical zoom. I believe that under the tuning of Huawei, the switching of the multi-focus lens and the white balance consistency should have a good performance.

Performance: 990 flagship chip, the best in the chip

Among multiple Huawei 5G flagships, we have witnessed the strength of this flagship chip, which is indeed the first-class level in the current industry, and the regular P series will not have too many updates on this one.

In terms of battery life, Richard Yu had previously revealed in an interview that the P40 series is expected to have a lot of improvements in battery life. The current news is that the P40 Pro will use a large 5000mAh battery, and the PE version will be equipped with an ultra-large 5500mAh battery. The capacity battery may also support the new 50W fast charge, while the 27W wireless charging will remain.

According to foreign media news, Huawei P40 series phones will launch EMUI 10.1 system, based on Android 10 system, it is expected to improve HMS function, GPU Turbo and other improvements and new features.

At present, there is not much news about the system part, but it is foreseeable that in order to match the P40 series' image and performance upgrades, EMUI 10.1 will have corresponding improvements in camera, game performance, and display. The specific details will wait until Huawei is on the P40. Announced at the conference.

As for the price that everyone is most concerned about, the domestic Snapdragon 865 5G flagships that are currently released and listed have joined the "price increase team". Due to the supply pressure of the current epidemic and other reasons, it is expected that the starting price of Huawei P40 will also be larger For the increase, some insiders predict that the starting price may start as high as 5,000 yuan.

For us, consider the pricing of the Mate 30 series-each year the P series is priced a little lower than the Mate series with the same processor. As for the P40 Pro PE version, it is likely to start at 8,000.

In addition, a custom version of Red Flag was also exposed a few days ago, and its positioning should be similar to that of the Mate series Porsche version. The price can be determined.

Sources from the leaker Ishan Agarwal show that Huawei P40 series has a new product called P40 Pro Plus (five-shot lens) instead of the previous statement (P40 Pro Premium).

If the situation is true, this time Huawei P40 series has three models, namely P40, P40 Pro and P40 Pro Plus, and their main difference is the screen and camera.

After various Android manufacturers have basically released the flagship models in the first half of the year, the pressure on the Huawei P40 is still relatively large. In fact, the relevant exposure of this Huawei P40 series is now relatively comprehensive, and the more mysterious may be the final pricing.

On March 26, the veil of Huawei P40 series will be revealed.