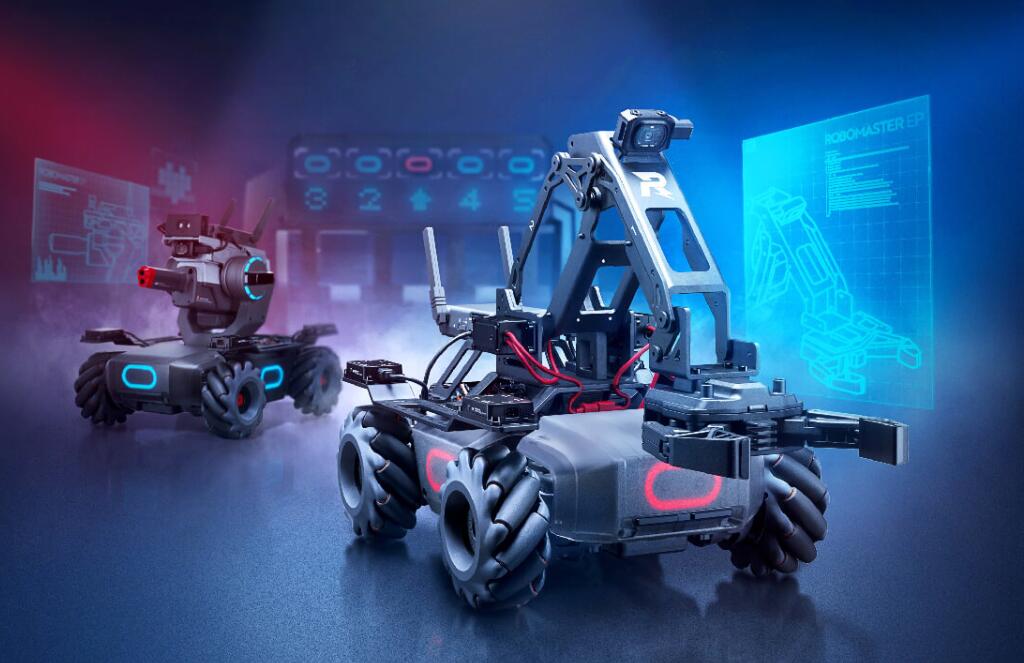 RoboMaster EP has more than 50 sensors and can be assembled into engineering robots and infantry robots.

Users can also combine their own imagination to modify the form, such as "sorting robot", "transport robot", "sentinel robot" and so on.

Among them, the high-performance steering gear supports custom control through a programming interface.

The mechanical arm has a compact structure, supports precise FPV control, and works in conjunction with a mechanical claw. Even if the target object is not in front of you, you can still complete remote tasks from the first-person perspective in the app.

RoboMaster EP supports more than 20 third-party sensors and third-party open source hardware such as "Micro: bit", "Arduino", "Raspberry Pi", and can use its own battery to power them.

When the EP is connected to the software platform via WIFI, all sensors and actuators of the EP will be programmed and visualized in the form of modules.

RoboMaster EP supports fast local repair in 20 provinces/regions across the country, and the whole machine warranty period is 1 year.